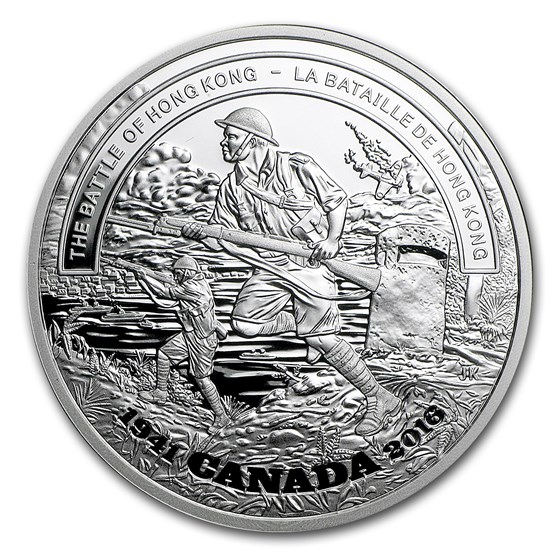 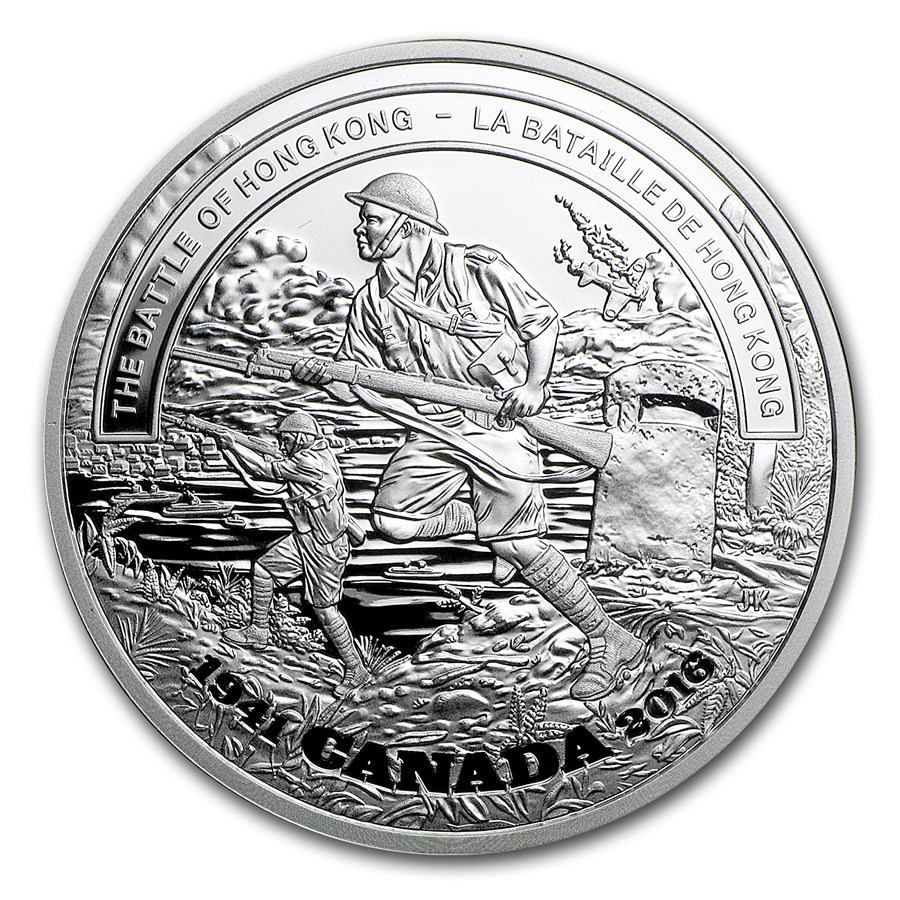 Product Details
Product Details
On the 75th anniversary of the Battle of Hong Kong, this fine Silver coin pays tribute to the bravery and resolve of these courageous Canadian soldiers, whose sacrifices remind all of the tragic cost of war.

Add this Silver $20 Battle of Hong Kong Canadian coin to your cart today!