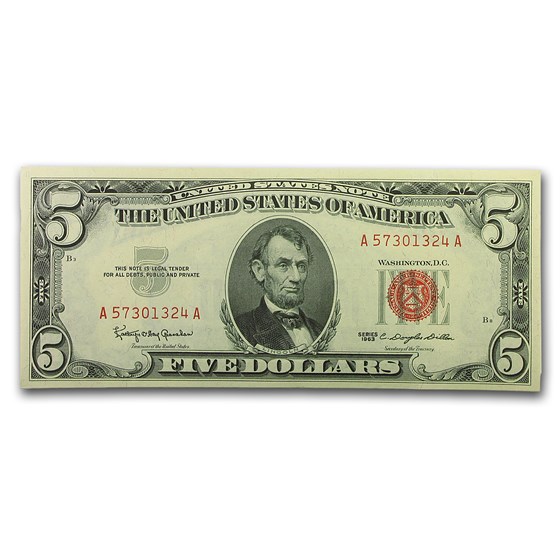 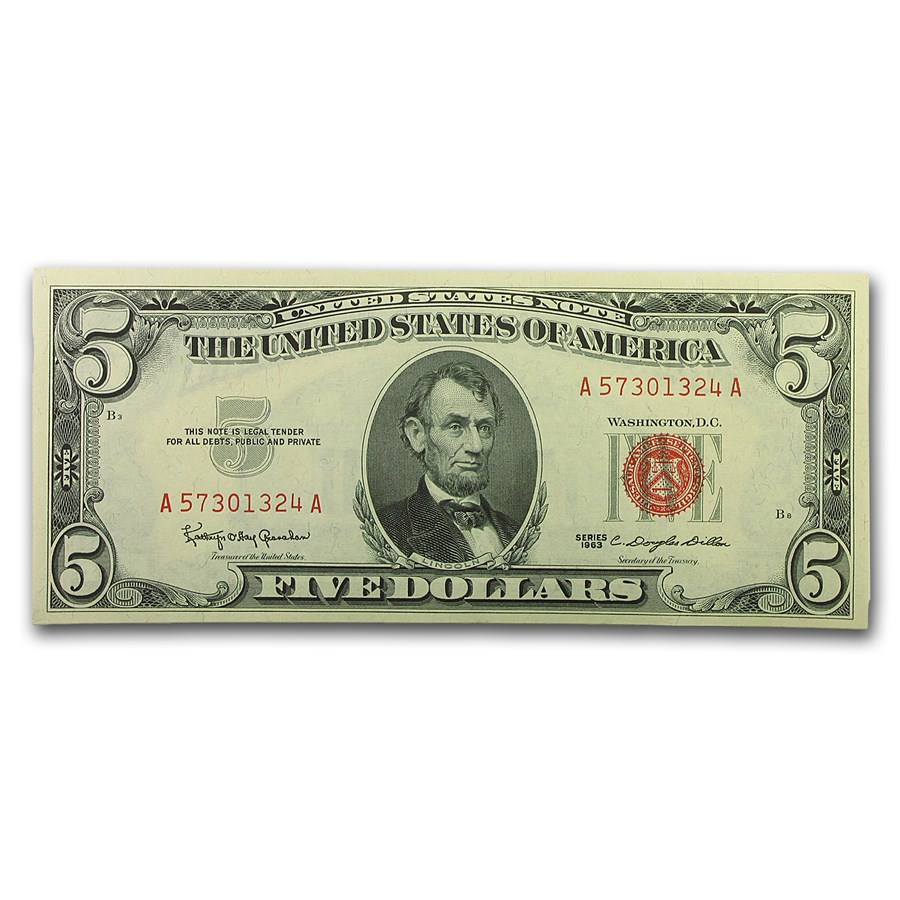 Product Details
Product Details
These notes feature the red U.S. Treasury seal, as well as red serial numbers, as opposed to the green of today’s currency. The 1963 series was the last of the $5 Legal Tender Notes issued. Nice for a type set.

Currency Highlights:
These notes are a great part of history that can easily be added to any collection. Add some of these great notes to your cart today!