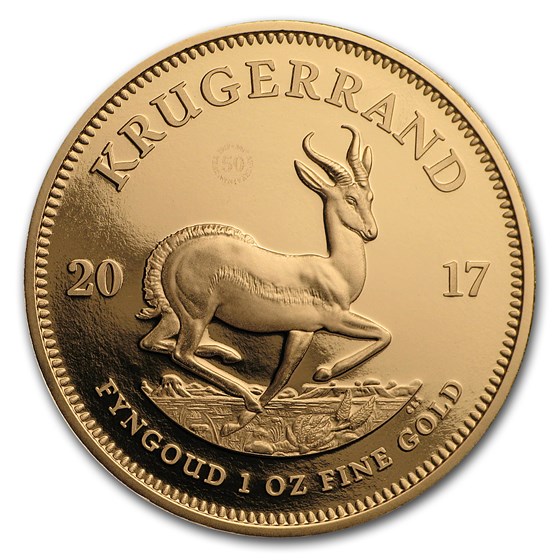 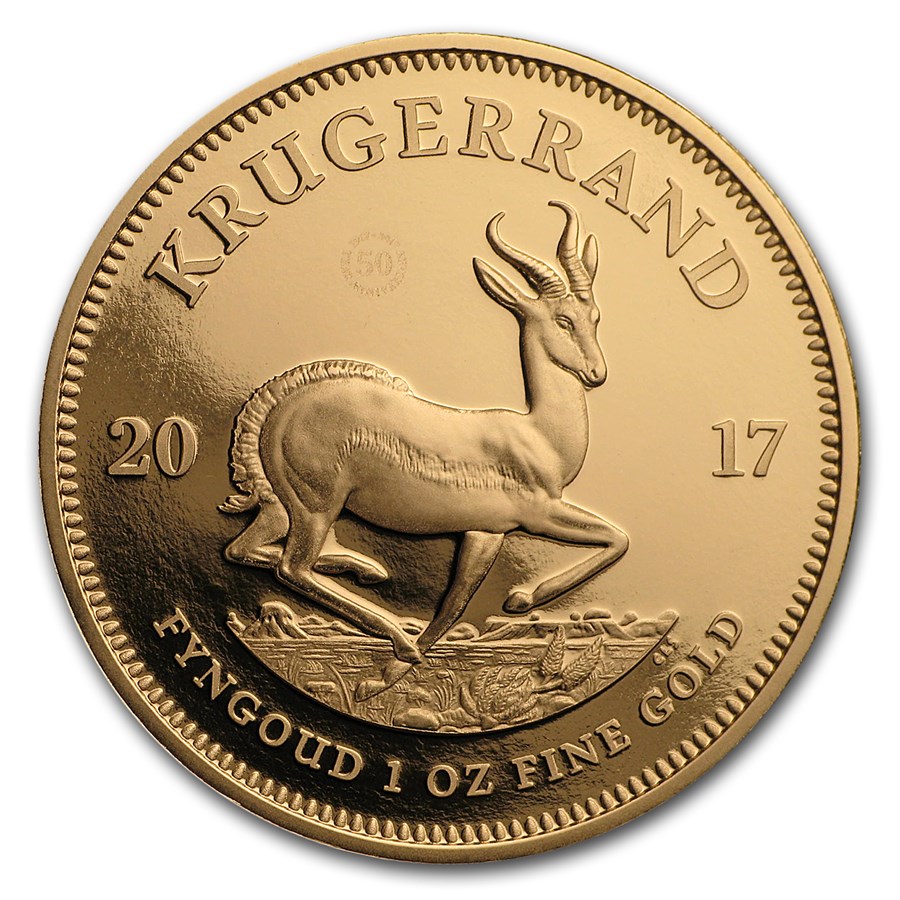 Your purchase is guaranteed to match the quality of the product shown. It will not be this exact item.
Product Details
Product Details
South African Gold Krugerrands are one of the most recognizable bullion coins in the entire world. The 2017 proof edition is a collector's dream featuring a mirrorlike background highlighting frosted devices!

Coin Highlights:
Limited mintages of these proof coins add to their desirability and increases the potential of higher gains on the value of your investment in the future. Add this 2017 1 oz Proof Gold Krugerrand to your cart today!

The Krugerrand gets its name from coin's front image, a head shot of the South African Republic's last president, Paul Kruger.