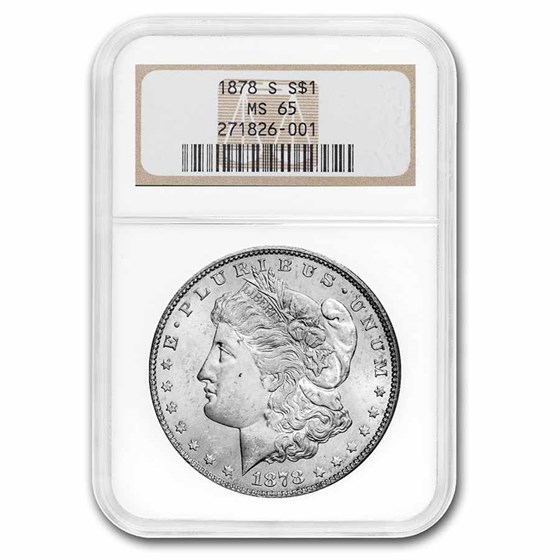 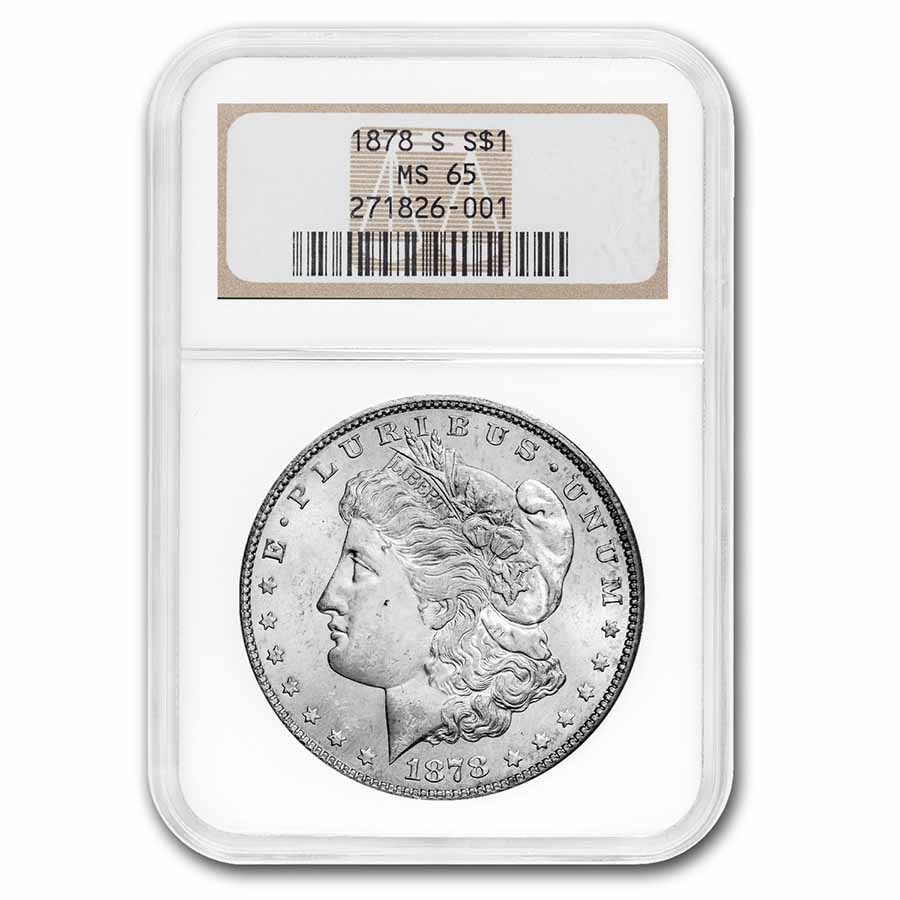 Your purchase will match the quality of the product shown.
Product Details
Product Details
This 1878-S Morgan Dollar has been graded and guaranteed by NGC as being MS-65. George T. Morgan’s iconic design makes the Morgan Dollar highly sought after by collectors around the world – great for any numismatic collection.


Protect your new 1878-S Morgan Dollar, along with any other pieces in your numismatic collection, by adding a home safe or lock box to your order.

This piece of American history will instantly add value to any Silver collection. Add this certified 1878-S Morgan Dollar to your cart today!

1878-S Morgan Dollar MS-65 NGC
The Morgan Dollar is a silver dollar coin that was minted from 1878 to 1904 and then again in 1921. The coin is named after its designer, George T. Morgan, and was minted at five different mints: Philadelphia, Denver, New Orleans, San Francisco, and Carson City.