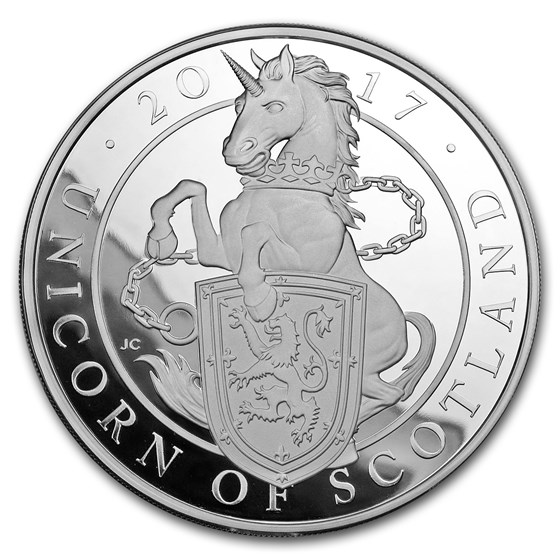 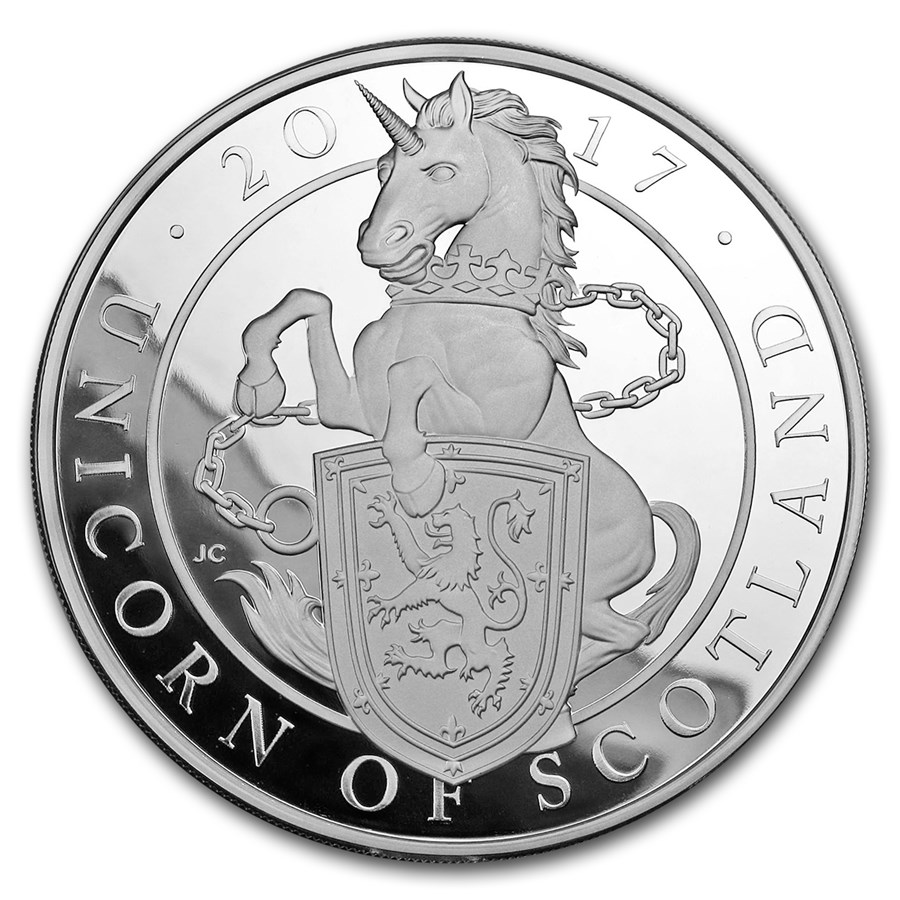 Your purchase will match the quality of the product shown.
Product Details
Product Details
A continuation of the widely successful bullion Queen's Beasts Series, The Unicorn is a must for any collector.

This majestic coin is a must-have for any collection. Add this 2017 Great Britain Proof 10 oz Silver Queen's Beasts Unicorn to your cart today!

The Unicorn of Scotland has been brought to life in a contemporary design by prestigious Royal Mint coin designer Jody Clark, who created the current coinage portrait of Her Majesty. The unicorn is the second release in the collection but eight beasts are soon to follow. Each coin comes with a booklet on the origins of this fantastical beast, which has been produced in collaboration with Clive Cheesman, Richmond Herald of the College of Arms.