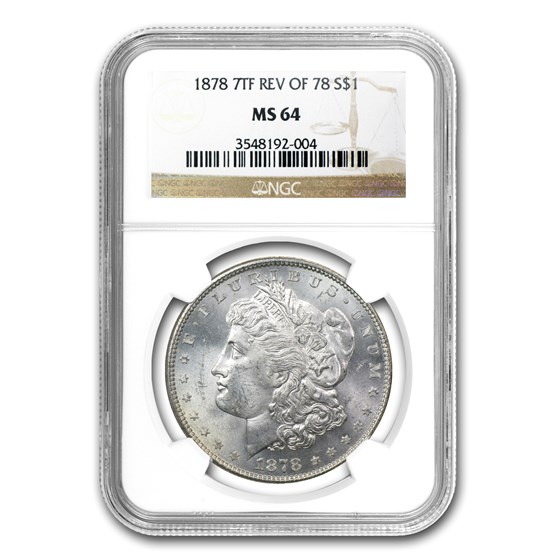 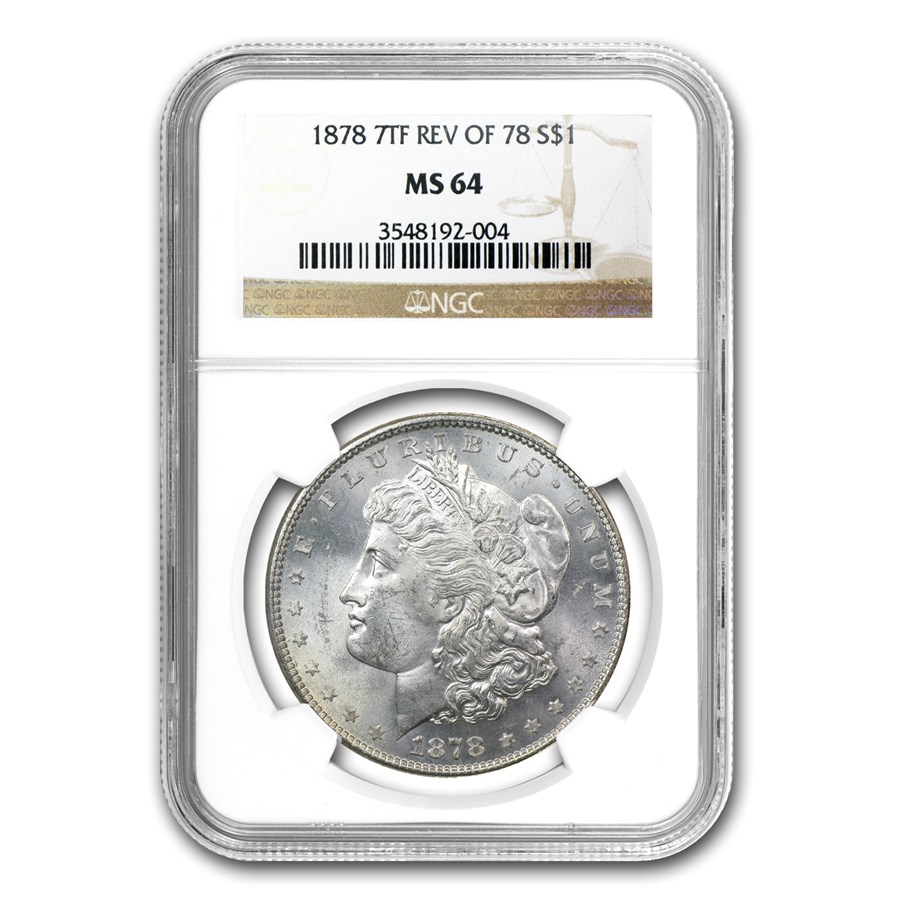 Your purchase will match the quality of the product shown.
Product Details
Product Details
First year of issue with 7 tailfeathers on the eagle! The reverse of '78 designation features a parallel top arrow feather in the eagle's talon. With an NGC encapsulation and grade of MS-64, this coin is great for any numismatic collection.

Protect and display your MS-64 NGC 1878 Morgan Dollar in style by adding a presentation box, made to perfectly fit a certified coin, to your order.

Celebrate an iconic piece from U.S. coinage history by adding this 1878 Morgan Dollar 7 Tailfeather Rev of 78 coin to your cart today!

1878 Morgan Dollar 7 TF Rev of 78 MS-64 NGC
The Morgan Dollar is a symbol of America's history. It gets its name from George T. Morgan, an Englishman who came to work for the U.S Mint in 1876 and designed several coins including his famous Morgan Dollar. Morgan Dollars were minted from 1878 to 1904, then again in 1921, at five different mints: Philadelphia, Denver, New Orleans, San Francisco, and Carson City.

Today, Morgan Dollars are popular with collectors. Many Morgan Dollars were melted down over the years, so they are not as common as other coins. Morgan Dollars that were minted in Carson City are especially valuable because that mint produced relatively few Morgan Dollars compared to other mints.