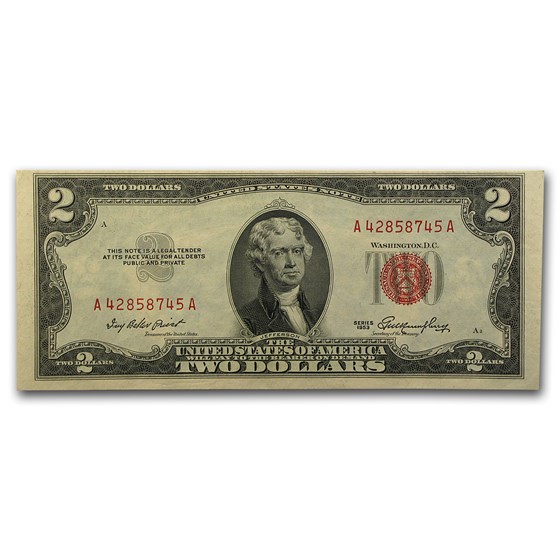 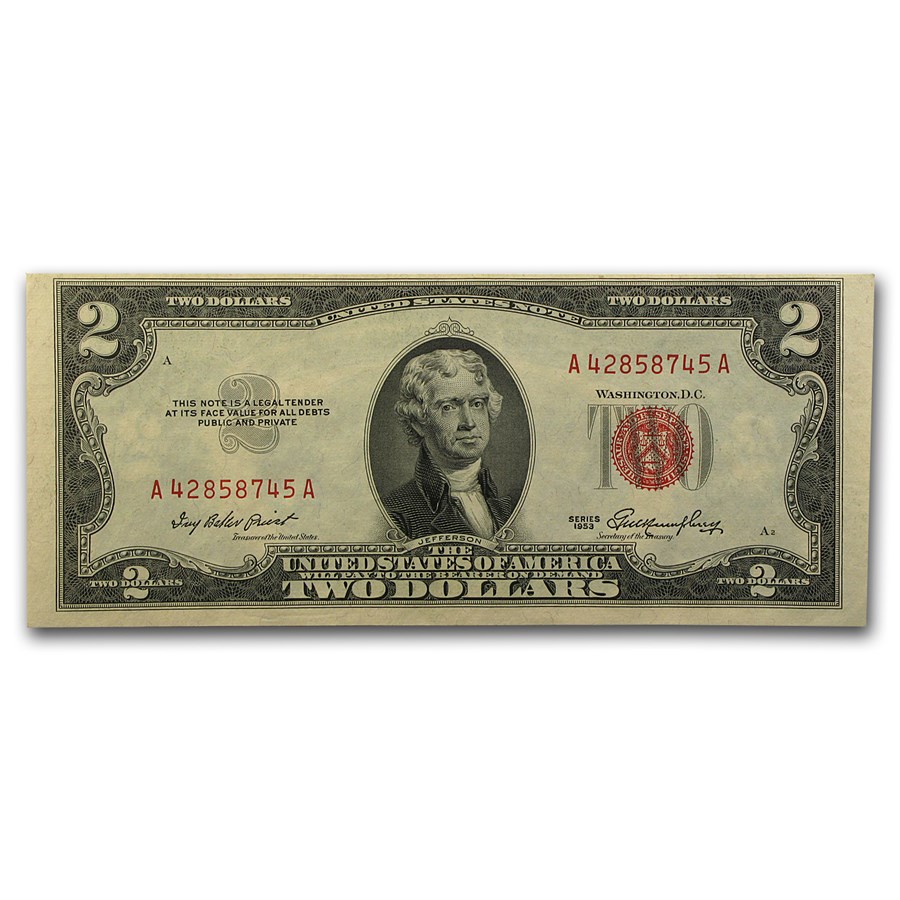 Product Details
Product Details
These $2.00 United States Notes (a.k.a. Legal Tender or Red Seals) will be series 1953 through 1953-C, and the notes in this listing will grade Crisp Uncirculated!

Series 1953 $2 United States Notes were printed in large numbers, and they saw heavy usage until the type was discontinued in the 1960s. These $2 Red Seals are popular with collectors as they are getting harder to find in Uncirculated condition! Series 1953 through 1953-C of our choice and limited to available inventory.

United States Notes were adopted for circulation during the Civil War in 1862 in denominations from One through One Thousand Dollars. The $2 denomination remained when they switched over to small size notes in 1928 and continued until the early 1960s when the denomination was discontinued. The deuce was revived in 1976 as a Federal Reserve Note. Although they are still legal tender, their red seals and serial numbers make them great collector’s items.