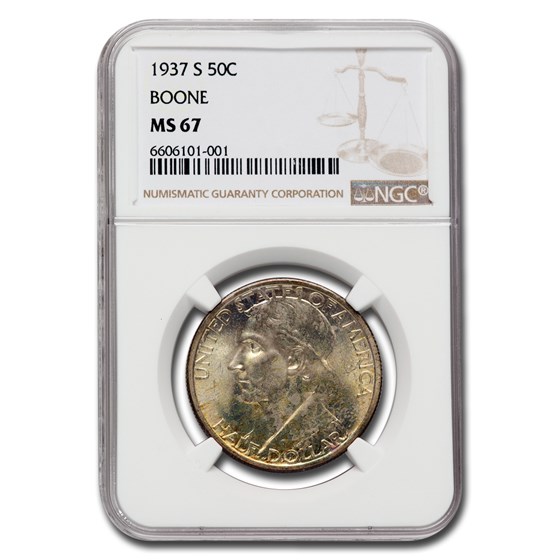 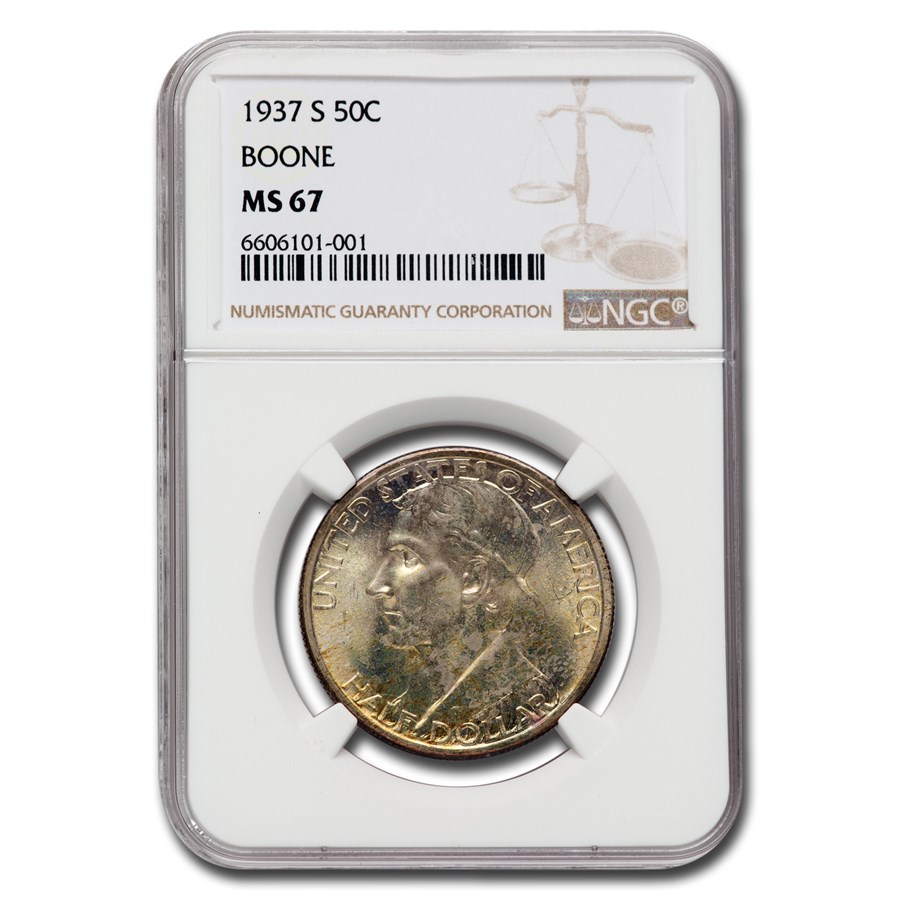 $32.04
As Low As
Product Details
Product Details
This coin has been graded by NGC and awarded a high grade of MS-67. These coins were struck to commemorate the 200th anniversary of the famous frontiersman's birth.

Coin Highlights:
Protect and display your Daniel Boone Half Dollar in style by adding an attractive display or gift box to your order.

Daniel Boone was once known by all as one of the first folk heroes of the United States. His service during the French and Indian War was followed by the exploration of the newly acquired Florida in 1763. Unfortunately Mrs. Boone did not appreciate the heat and humidity of the territory, so Boone commenced his explorations of Kentucky during 1769-1771. They attempted to establish a colony there in 1773, but were foiled by hostile Native Americans. He persevered two years later, however, establishing Boonesboro in 1775. While there were some hostilities between Boone and the Native tribes, he eventually made peace with Chief Blackfish of the Chillicothe tribe.