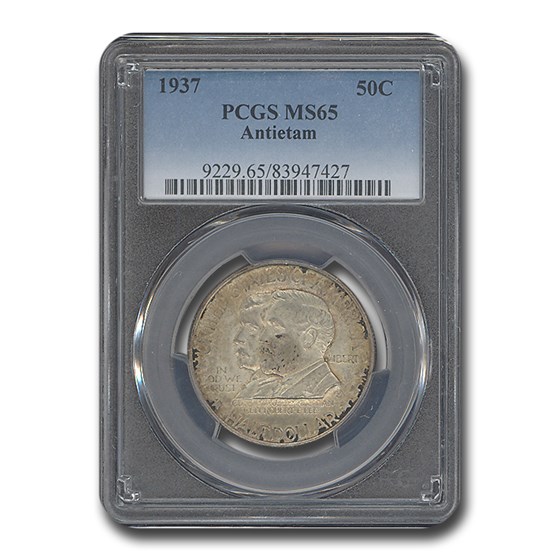 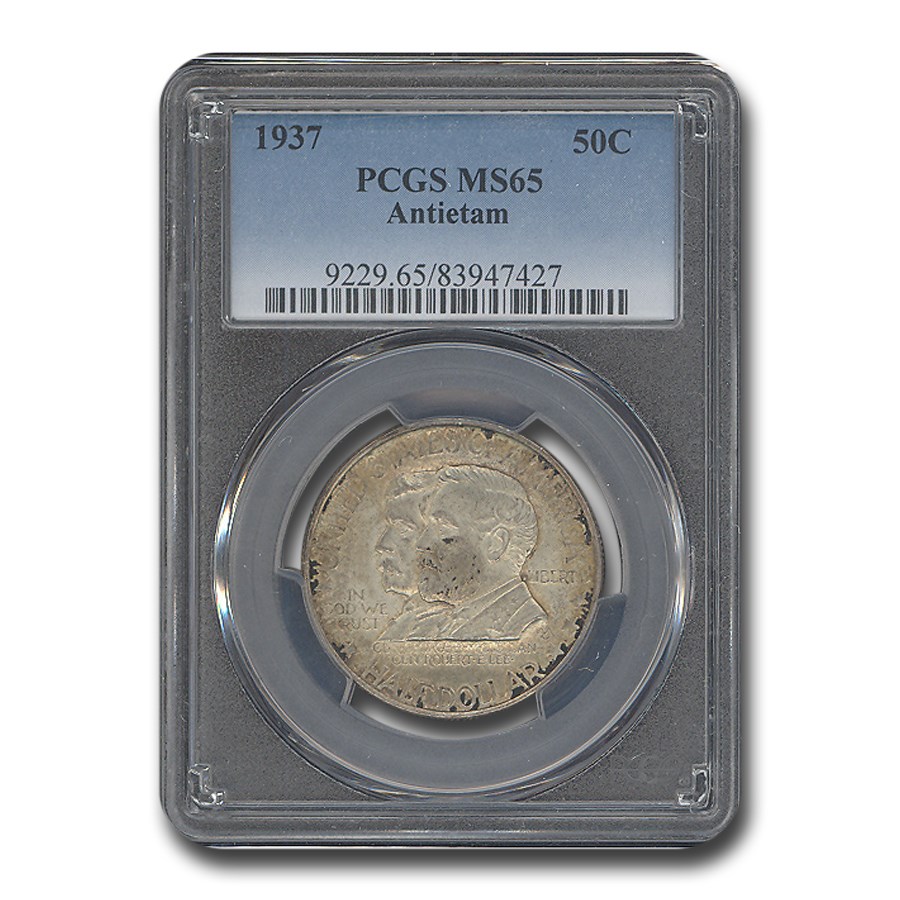 Your purchase will match the quality of the product shown.
Product Details
Product Details
This coin was issued to commemorate the 75th anniversary of the Battle of Antietam and is graded MS-65 by PCGS. This battle is known as the bloodiest single day in American history.

Coin Highlights:
Protect and display your Battle of Antietam anniversary Half Dollar Silver Commemorative in style by adding an attractive display or gift box to your order.

Add this graded 1937 Battle of Antietam anniversary coin to your cart today!