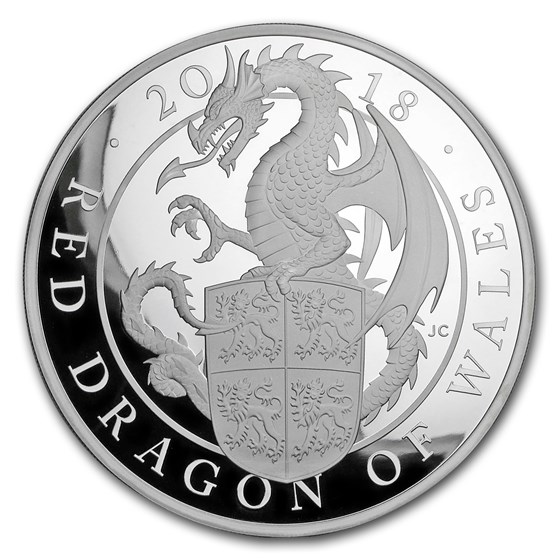 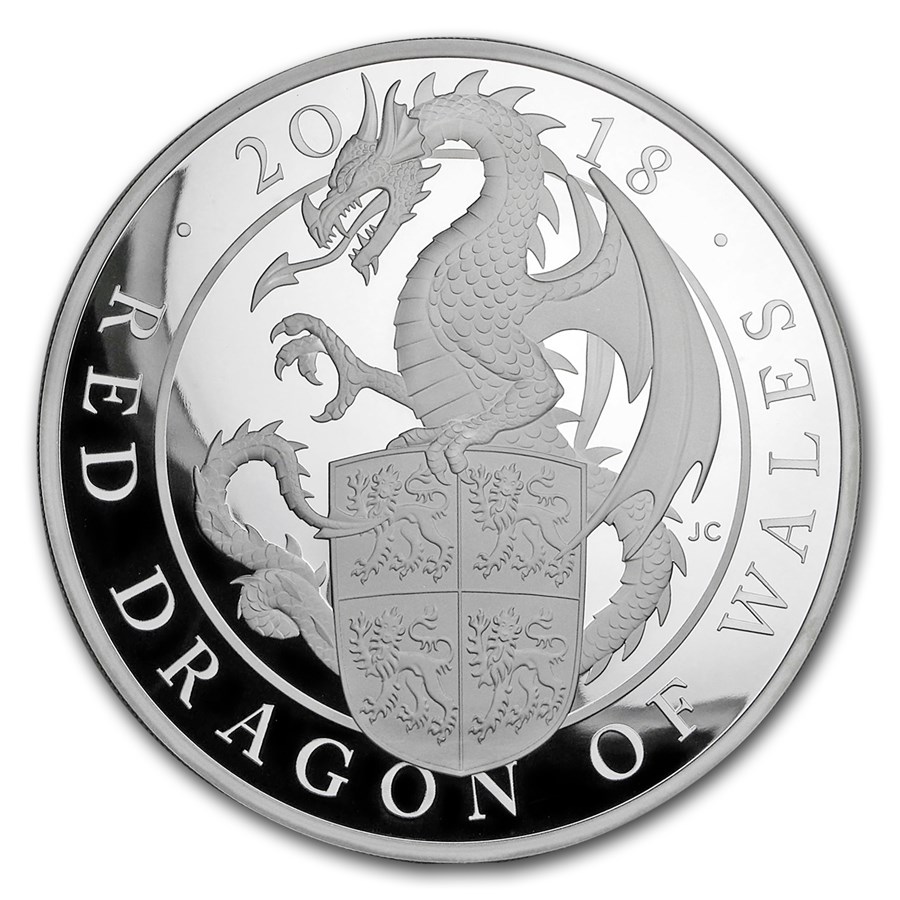 Your purchase will match the quality of the product shown.
Product Details
Product Details
This impressive 1 kilo Silver coin from The Royal Mint features the fiery Red Dragon of Wales, the third release in the Proof Queen's Beasts series!

This majestic coin is a must-have for any collection. Add this 2018 Great Britain Proof 1 kilo Silver Queen's Beasts Dragon to your cart today!