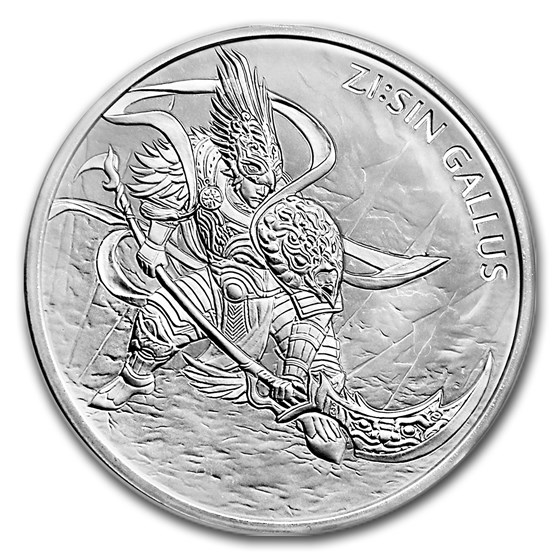 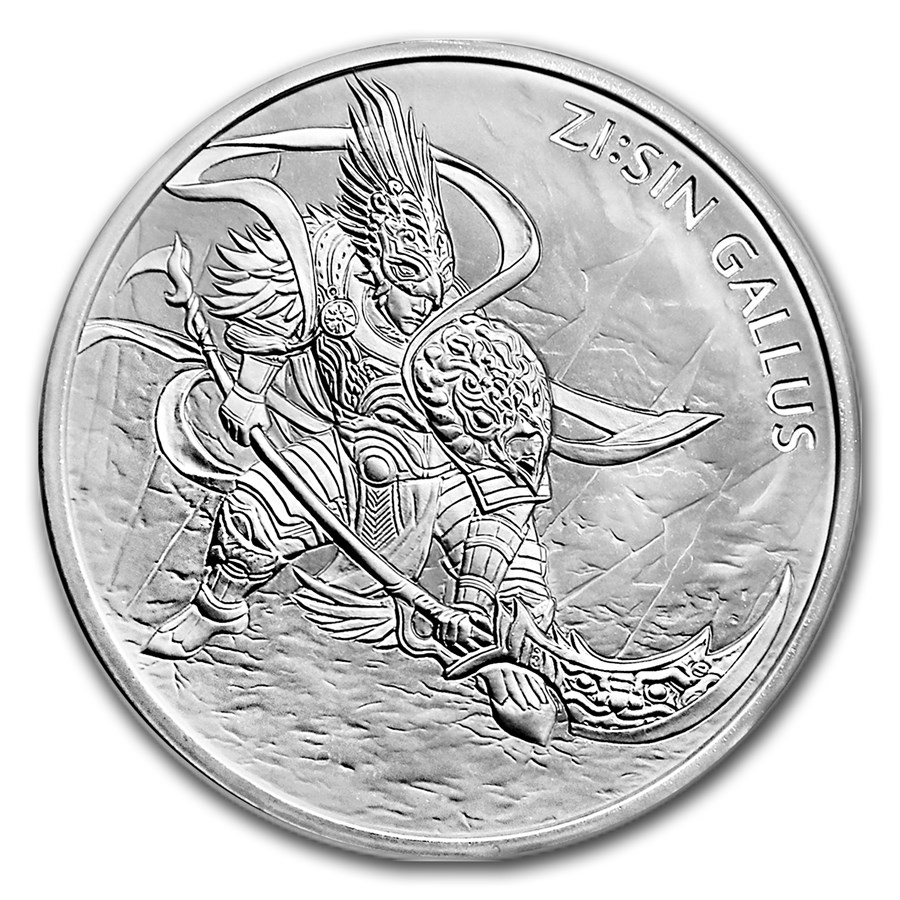 ZI:SIN are the Twelve Guardians serve protection to the world against evil forces. This issue features Gallus, the messenger of light that is as bright as the sun.

Don't miss the chance of owning the inaugural release of Korea's newest Silver medal bullion series. Add one of these Korean 1 oz Silver medals to your cart today!

GALLUS is a messenger of light that is as bright as the sun. The demons from the dark side would not hesitate to disappear right away when they see the bright light and hear the roaring sound from GALLUS. The splendid pointed helmet also enables GALLUS to possess the power to foresee the upcoming events.

I needed to start collecting these stunning coins from Kosco mint

Beautiful coin, would be nice if KOMSCO put it in airtites, but overall a great coin. I will be certainly be seeking out the rest of the set when they are released and already purchased several more of these.

Great design and quality coins. Low mintage only adds more to it's desirability.

It's a beautiful coin, but it got a 4 star rating because I thought theat side featuring the warrior should've had more contrast like the back of the coin. The warrior side is all satiny finish with no bling to it.

Get in from the start & ride the wave!

These are first year in a 12 year series with designs that change every year, super low mintage of 33,300, very high quality & great design. So you can look forward to another 11 years of people getting into this series, wanting to collect them all and finding that the first year is the hardest to get (it's the key date that they'll pay the market premium for it which may well be 3-5X the issue price). Beauty.

Pictures Do No Justice

This is by far the most detailed and beautiful coin I own. Absolutely stunning, when my wife and I pulled it out of the box we were blown away on how it stood out from all the other coins we ordered. There's a reason why you'll pay a large premium for this coin, and it's worth it to own at least one.

Beautiful details, looking at this coin is the reason you collect coins.

A work of art on silver.

First in a series of twelve

I wouldn't be surprised if this "Twelve Guardians" series does even better than the Chiwoo series. The details are astounding and the concept of the twelve guardians assigned to protect the twelve directions is really intriguing. KOMSCO hits another homerun with this one.