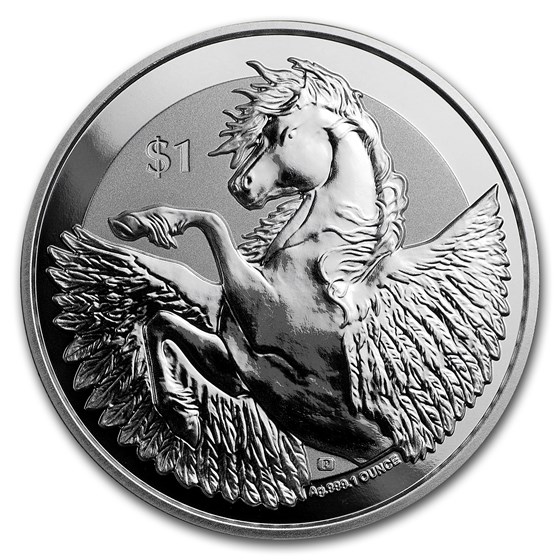 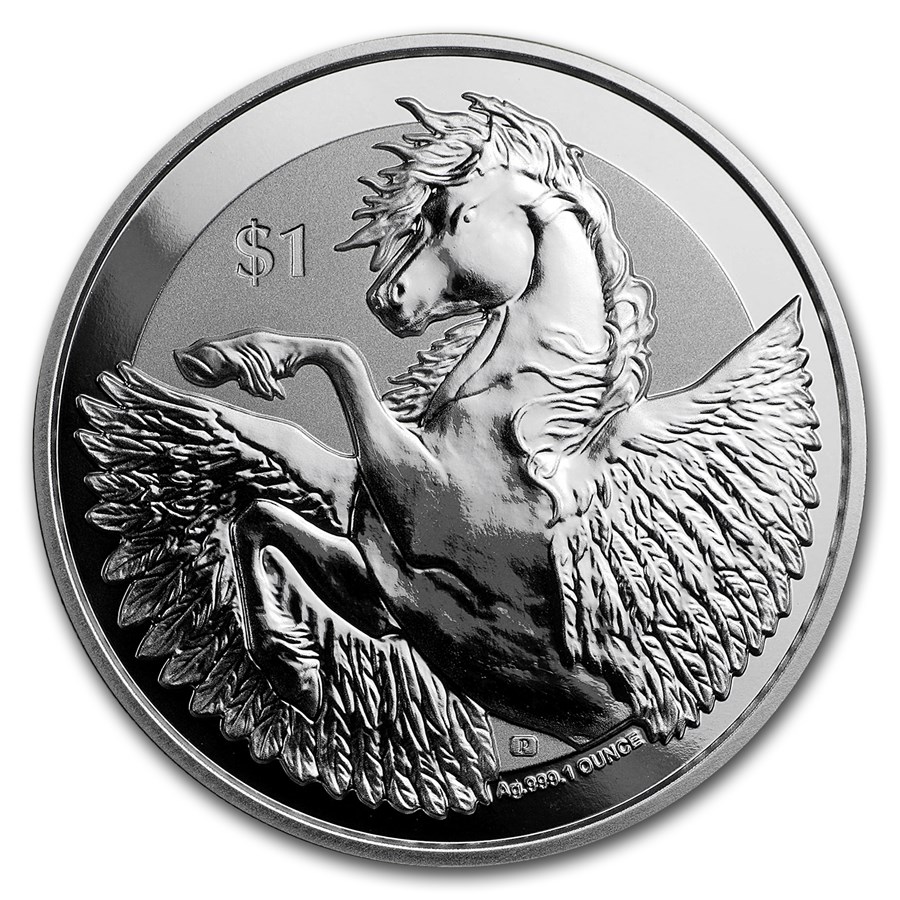 This Reverse Frosted Silver bullion coin was issued from the Pobjoy Mint following the success of their inaugural 2017 release of the Pegasus coin.

This coin would be a great addition to any coin collection. Own the second release of this exciting bullion series minted for the British Virgin Islands by adding this stunning 1 oz Silver Pegasus Reverse Frosted BU coin to your cart today!

The story of Pegasus begins when Perseus is sent to kill one of the three Gorgons, Medusa who had writhing snakes instead of hair. It was said that anyone unfortunate enough to gaze on her face would turn to stone. The God Hermes and the Goddess Athena came to aid Perseus with special gifts, including a shield which Perseus used as a mirror so he did not look directly at Medusa. When Perseus beheaded Medusa it is said that Pegasus was born from the blood of the Gorgon. Many wanted to capture Pegasus but no one could work out how to tame such a magnificent creature.
With an extremely low mintage of only 50,000 Silver coins in the world, the new 2018 Silver 1 ounce Pegasus Frosted coin is sure to be popular amongst Silver investors and collectors worldwide.

Outstanding design and quality product. I've always been a fan of Pobjoy products. Fast shipping with no problems.

the silver reversed frosted finish on this coin has to be one of the most attractive and artistic of my coin collection, well designed for looks and added value. Great Addition to any collection.