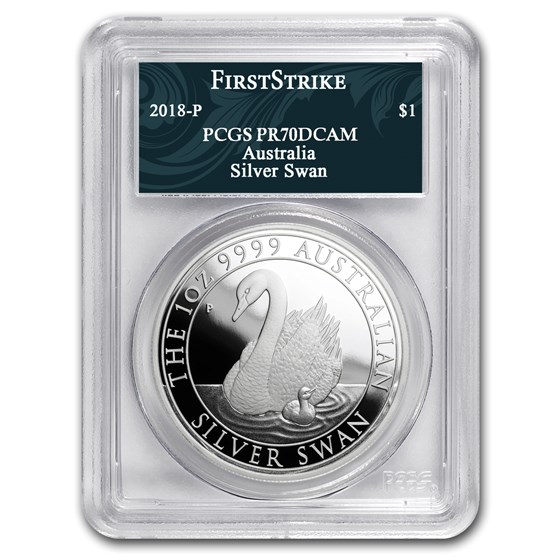 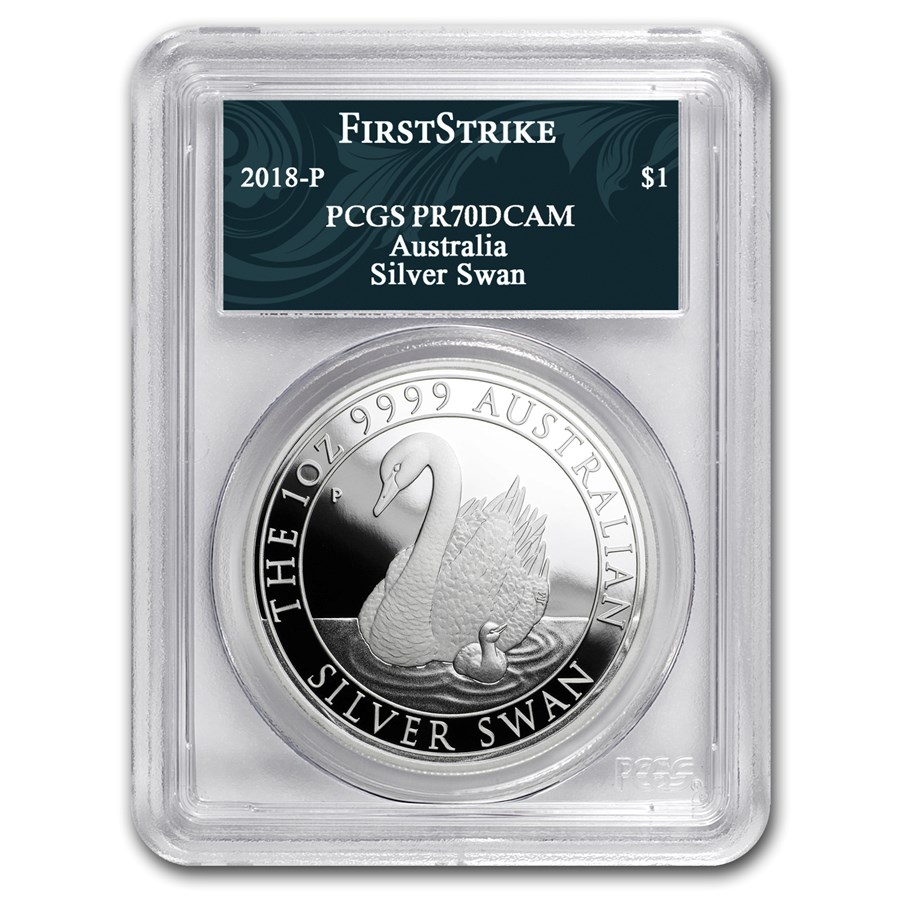 Product Details
Product Details
The Silver Proof Swan coin has a limited mintage of 2,500 coins made of .9999 fine Silver. However, these PR-70 PCGS coins have a much lower population than the raw coins, with only 466 FS PR-70 graded in the Swan Label.

This swan is so lifelike that it appears to be ready to take flight off the coin itself. Add this spectacular 2018 1 oz Silver Swan graded First Strike PR-70 by PCGS to your cart today!

The swan series are the real thing

They have a good selection and i have looked at the older coin mintage's and they are rocketing in value. They are expensive at purchase time but one year priors of same coin is a far better investment.