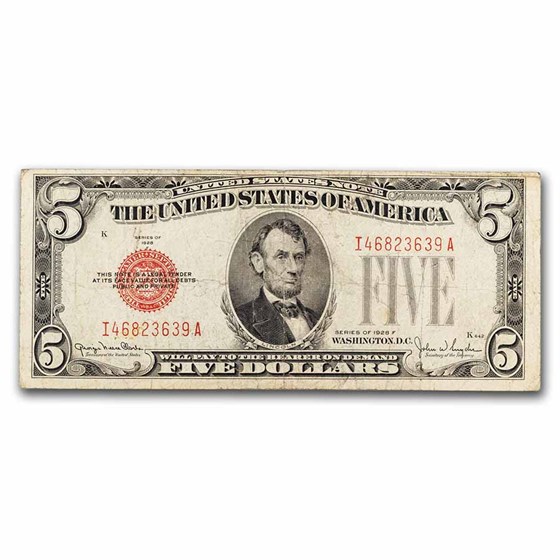 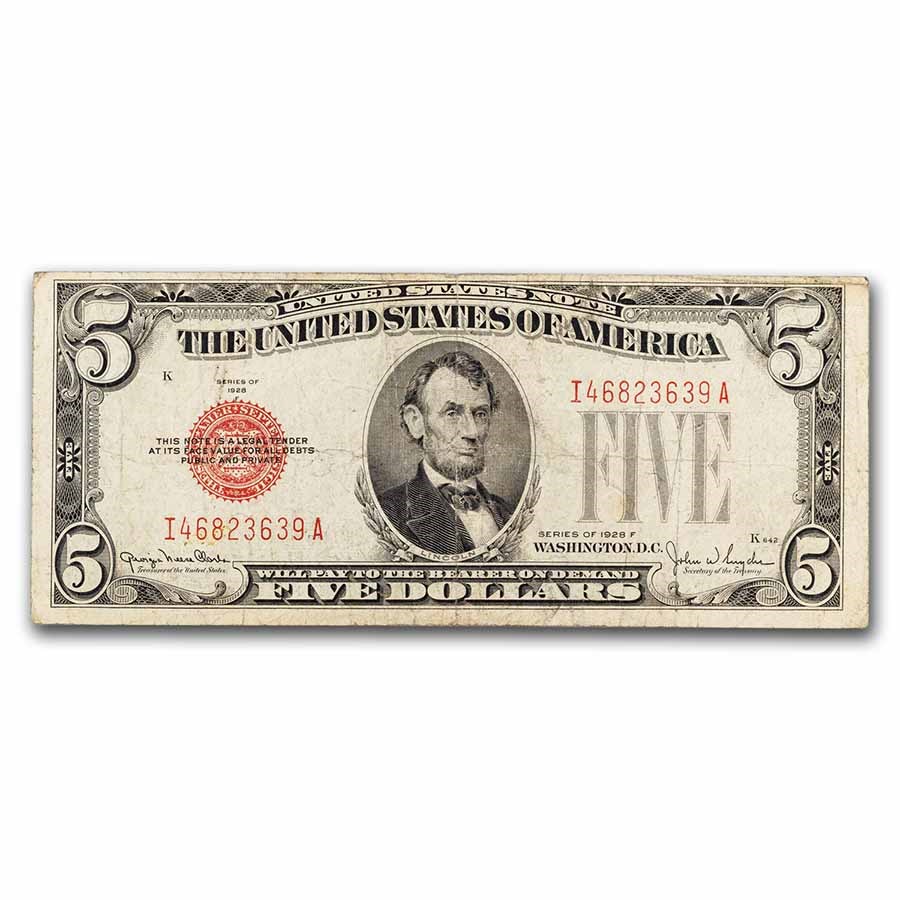 Product Details
Product Details
Series 1928-F $5 United States notes, aka legal tender or Red Seals, were the first issues of the small size fives and are getting harder to find. Get one of these Average Circulated notes for your collection.

Currency Highlights:
Protect your small size currency by adding a protective currency holder to your order.

United States notes were adopted for circulation during the Civil War in 1862 in denominations from $1 through $1,000. The $5 denomination remained when we switched over to small size notes in 1928 and continued until the early 1960s when the $5 FRNs replaced them entirely. Although they are still legal tender, their red seals and serial numbers make them great collector's items.

The Series 1928 $5 United States notes had large original printings, but are popular with collectors with their larger seals and serial numbers that were used prior to the redesign of 1953.