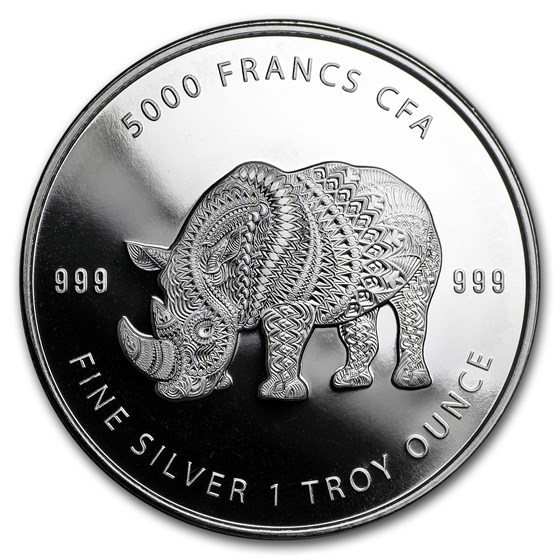 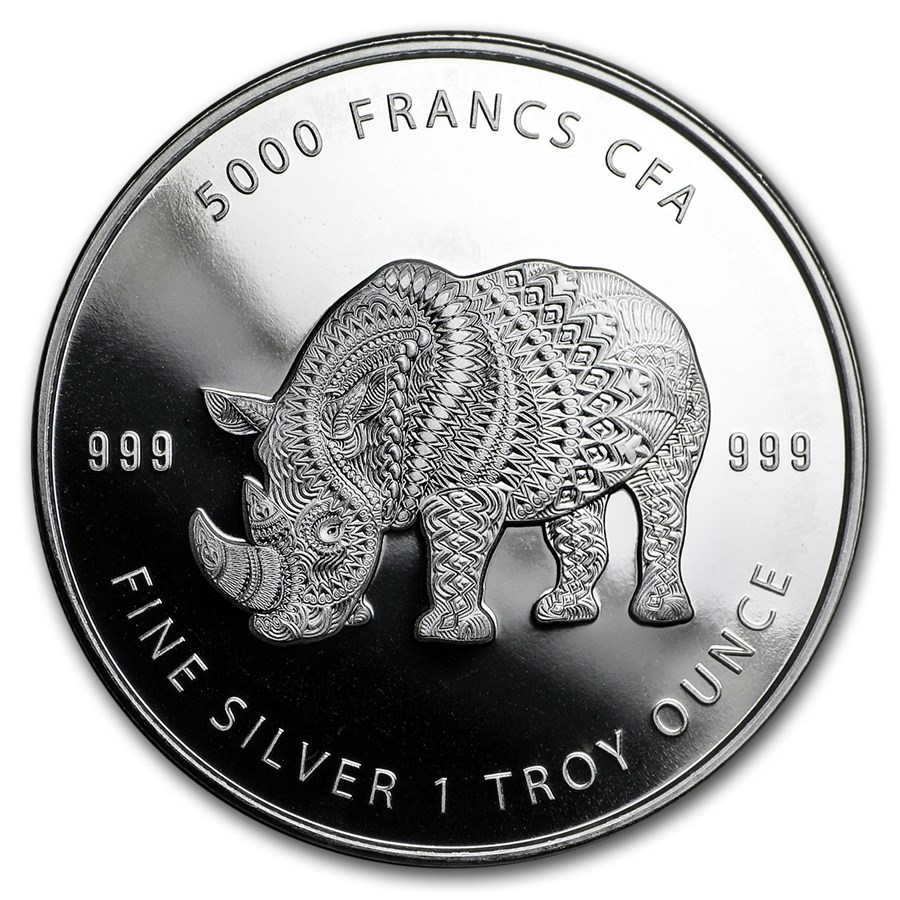 Your purchase is guaranteed to match the quality of the product shown. It will not be this exact item.
Product Details
Product Details
This second release of the APMEXclusive® Republic of Chad Mandala Wildlife series features a detailed image of the powerful Rhino in .999 fine Silver. The 1 troy oz coin has a limited mintage of 10,000 coins worldwide.

Coin Highlights:
Continue your collection of this exquisite Republic of Chad Mandala Wildlife series with the second Silver coin in the series, featuring the powerful and majestic rhino. Add this 2018 Republic of Chad 1 oz Silver Mandala Rhino to your cart today!

Overall, it has a nice proof like finish. Rhino side is a little plain on the design though.

Don't forget to get a capsule. As soon as you get it out of plastic and into the capsule, Wow. Also, don't forget about the 1st coin the lion.