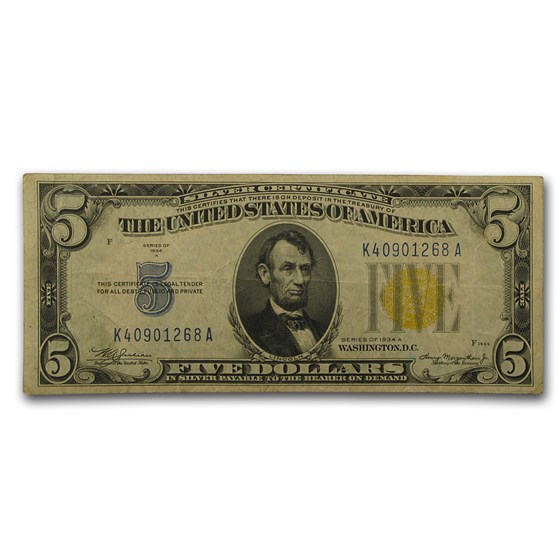 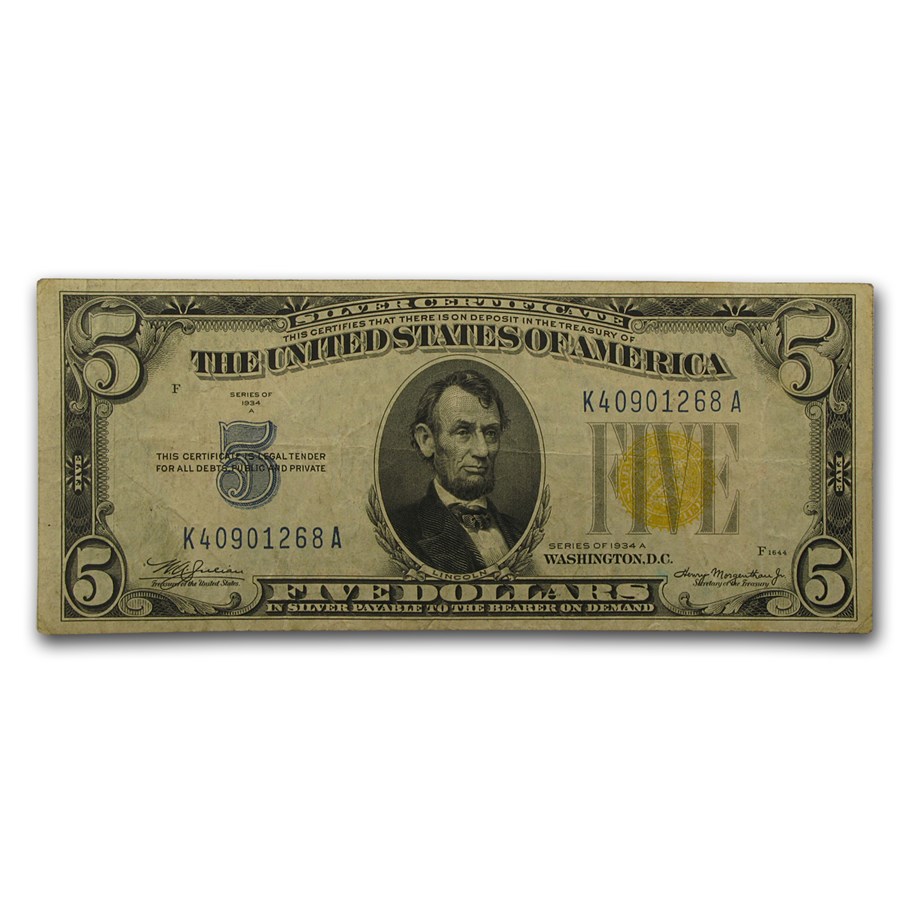 Product Details
Product Details
These notes were issued as part of a series for use by GI's in the North African theater, and later the European Theater of Operations during World War II. They also feature a large yellow seal and blue serial numbers.

These notes are from an important time in history, and remind the viewer of a different time and historic events. A collectible currency piece makes for a great talking point. Add some of these great conversation pieces to your cart today!

Silver Certificates in the $1, $5, and $10 denomination were used with the Yellow Treasury seal beginning in 1942 for use by American Armed Forces in the North Africa and European Theater during World War II. This resulted in any notes that were captured by enemy forces to have their legal tender status revoked by the Treasury if necessary. Even though they are still considered legal tender, their yellow seals still make them great collectors items.

Series 1934 $5 Silver Certificates were printed in large quantities, but this type was printed in much smaller numbers. These North Africa $5 Silvers are very popular with collectors, add one to your collection today!