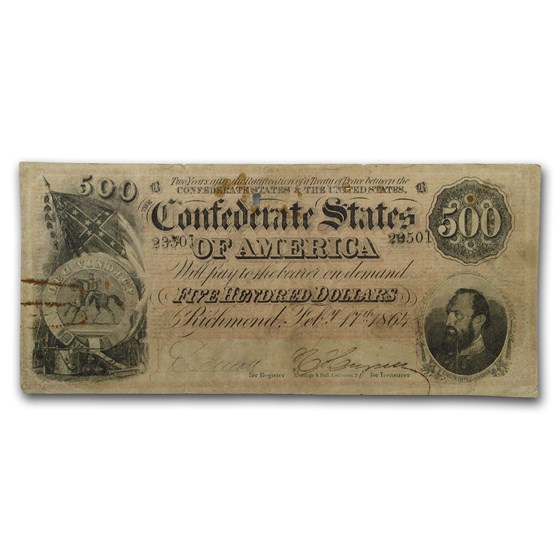 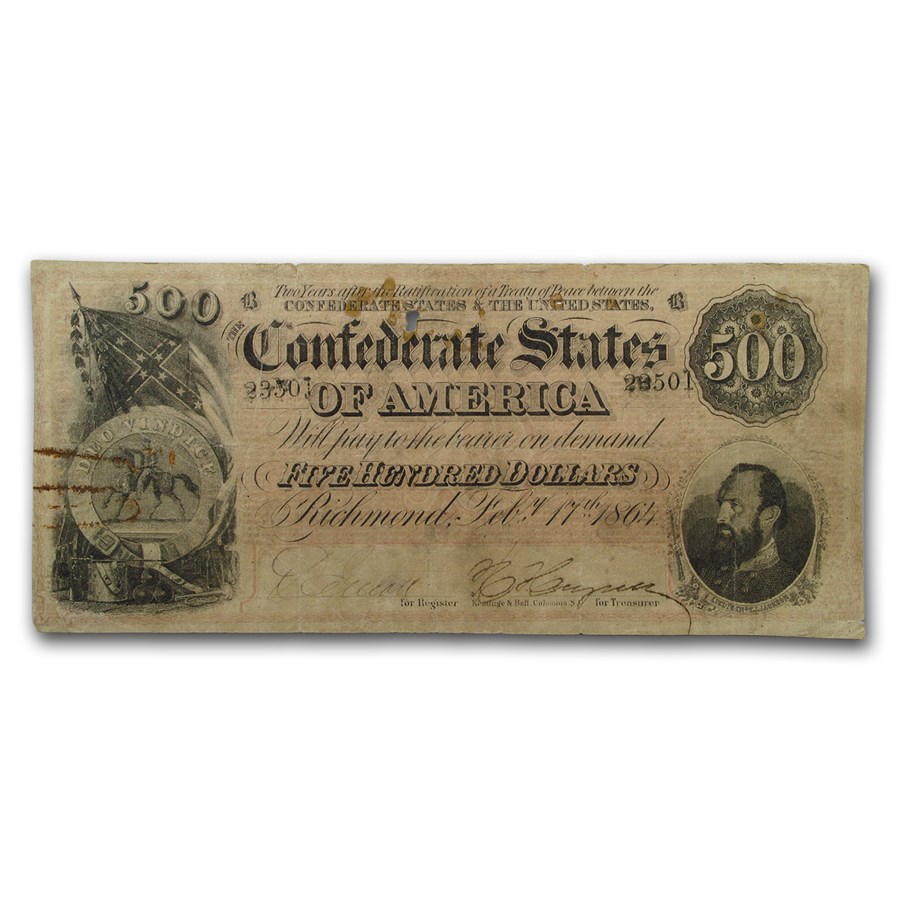 Product Details
Product Details
Always a collector favorite. This CSA 1864 $500 note features a portrait of General Thomas "Stonewall" Jackson at right with the Confederate flag and seal at left.

What makes this note so interesting is the inscription on the back which appears to be written of that time period. If that is true, this would have been 11 days after Richmond had fallen, and only 2 days after General Lee surrendered to General Grant, and only 3 days before President Lincoln was shot. The writing and ink appears to be consistent with the time period.