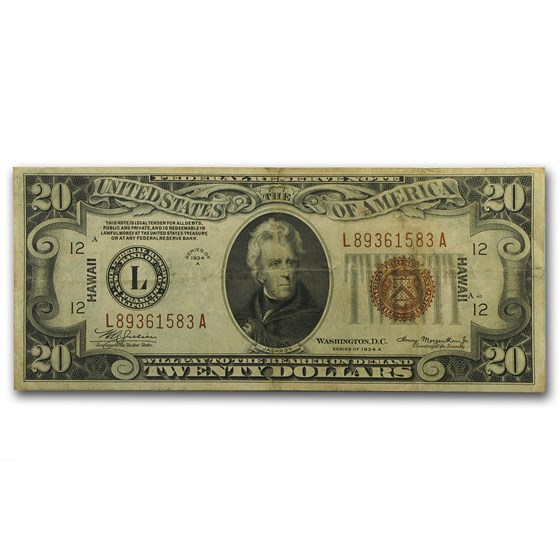 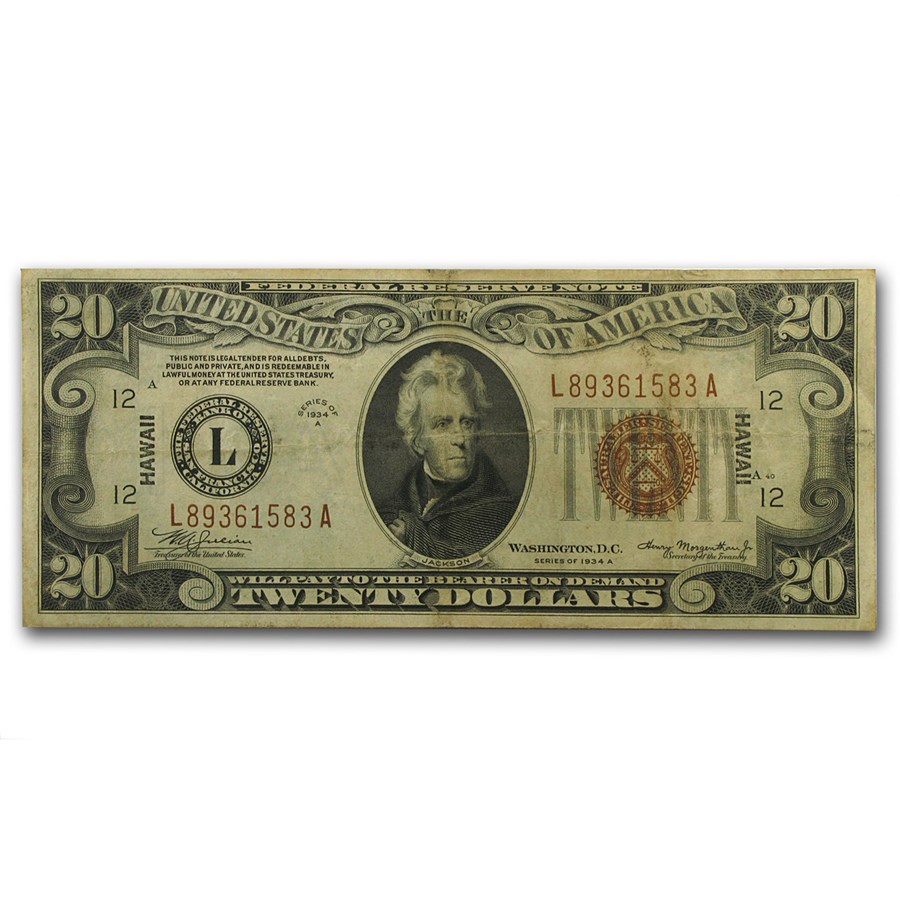 Product Details
Product Details
Hawaii over-stamped $20 Federal Reserve Notes were issued in Hawaii after the attack on Pearl Harbor. To distinguish them from regular notes of the day, they were printed with a brown seal and serial numbers.


Currency Highlights:
Series 1934-A $20 Federal Reserve Notes with the HAWAII overprint are very popular with collectors. Add some of these great collector’s items to your cart today!

These are popular with collectors and solid, no problem specimens like this one are getting harder to find. These notes are in Very Fine condition with no distractions. Although many of these notes were printed during the war, they are seldom seen today! These historic notes would make great gift ideas for any currency collector!