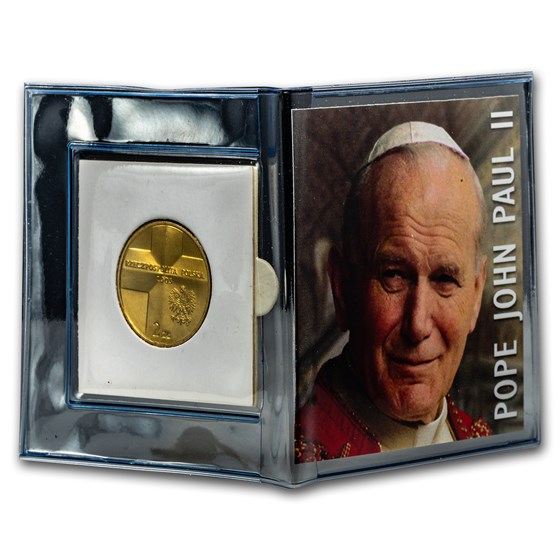 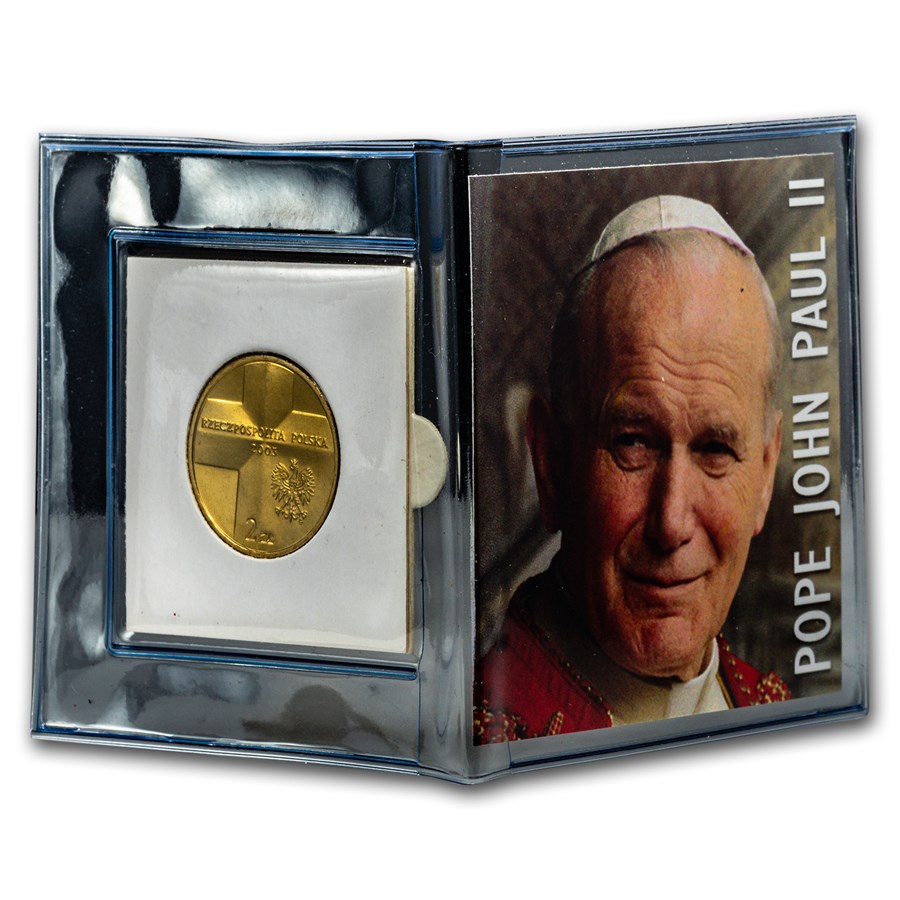 Product Details
Product Details
Poland, the birthplace of the popular Pope John Paul II, issued this 2 Zlote commemorative coin in memoriam of the Catholic Church leader who celebrated his 25th pontifical year in 2003.

Set Highlights:
This set makes a great gift for the coin collector or for those interested in Papal history. Add this John Paul II mini album to your order today!