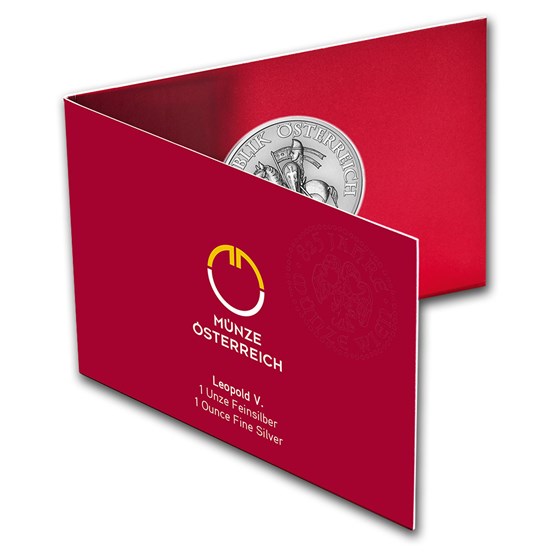 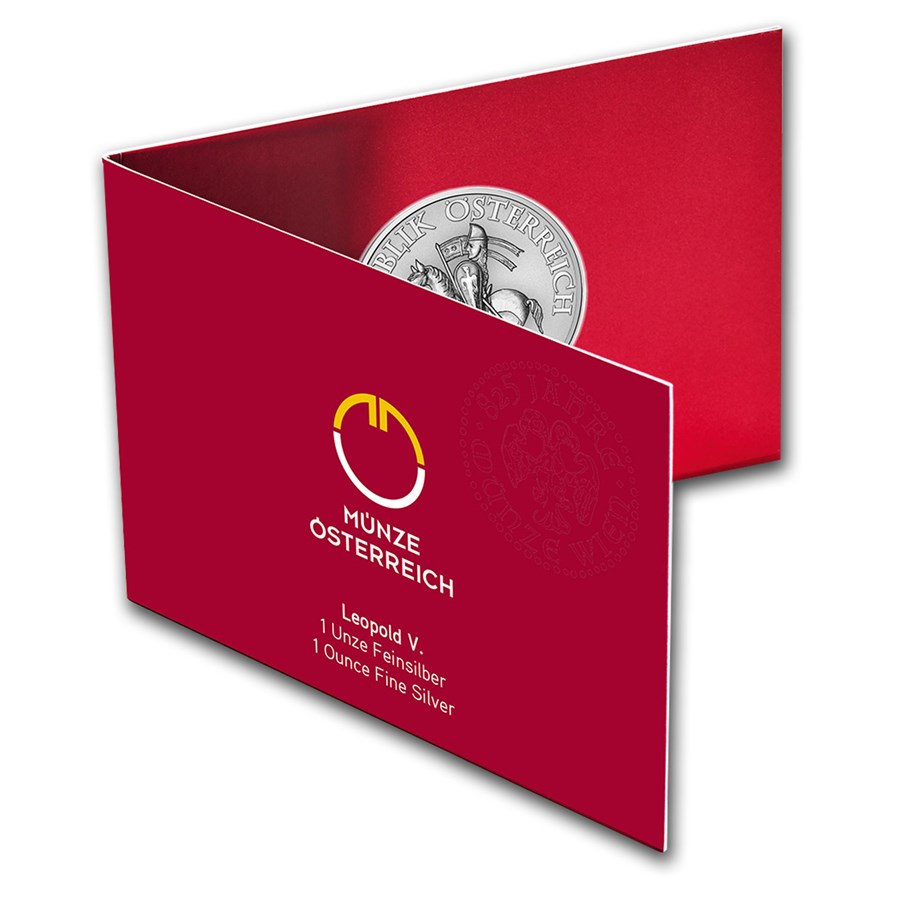 In 1191, two crusaders, Duke Leopold V of Austria and King Richard ‘The Lionheart’ of England, got into an argument during the capture of the city of Acre. In December 1192, on his way back home from the Holy Land, Richard was taken prisoner by Leopold on the outskirts of Vienna. The huge ransom in Silver, which Leopold managed to extort from the English people in return for Richard’s release, led to the origin of the legend of Robin Hood. Leopold used the Silver to found both the stronghold of Wiener Neustadt and the original Mint in Vienna. Coin Highlights:
This coin is a fantastic addition to any historic collection. Add this 2019 Silver 825th Anniversary of the Austrian Mint BU coin to your cart today!

Next releases include Wiener Neustadt and Robin Hood.

For a ltd. edition series (100,00 minted) there could have been an edition count. None the less, this coin is not a bad looking coin, the image of Leopold looks sharp and well engraved. the mounted horseman on the obverse side of the coin is impressive. not a bad investment for the price.

A cool Coin Series! (Especially In The Collector's Card!)

Love this coin series. Especially the coins in the collector's card, Keeps them safe from scratches & Dings. Beautiful design. I am collecting all 3 coins in the series..