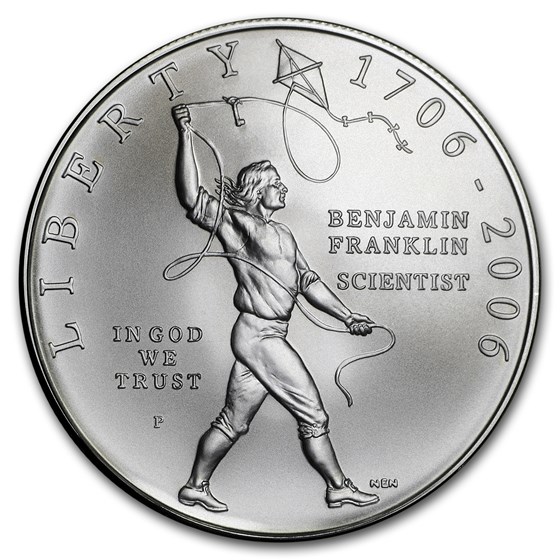 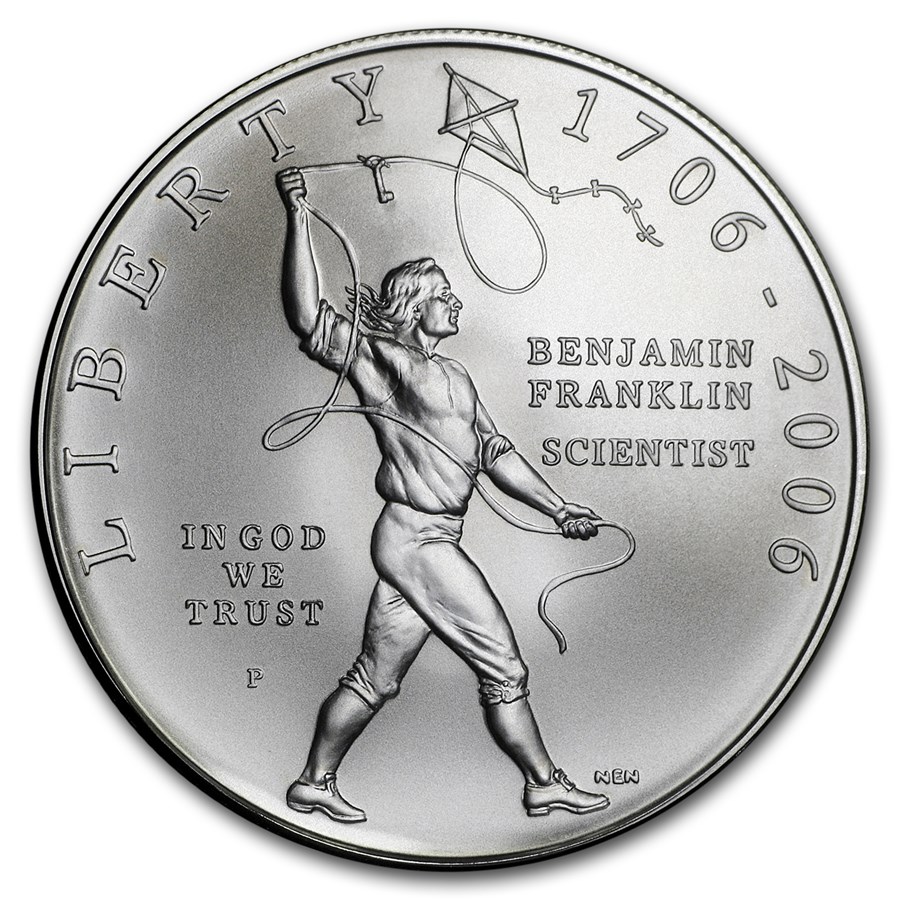 Product Details
Product Details
This Silver coin honors the tercentenary of the birth of Benjamin Franklin, one of the Nation's original scientists, thinkers and founding fathers.