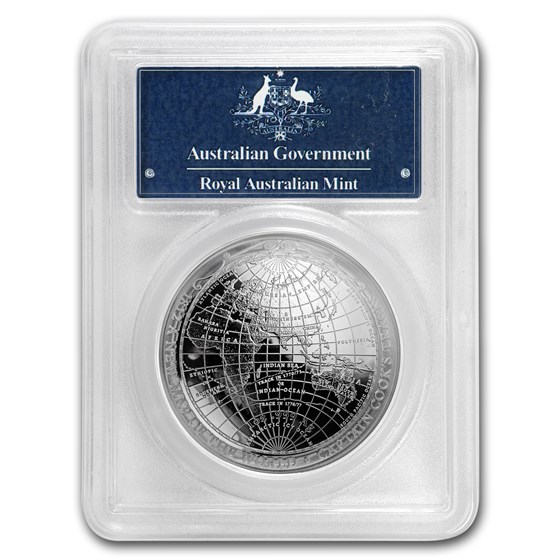 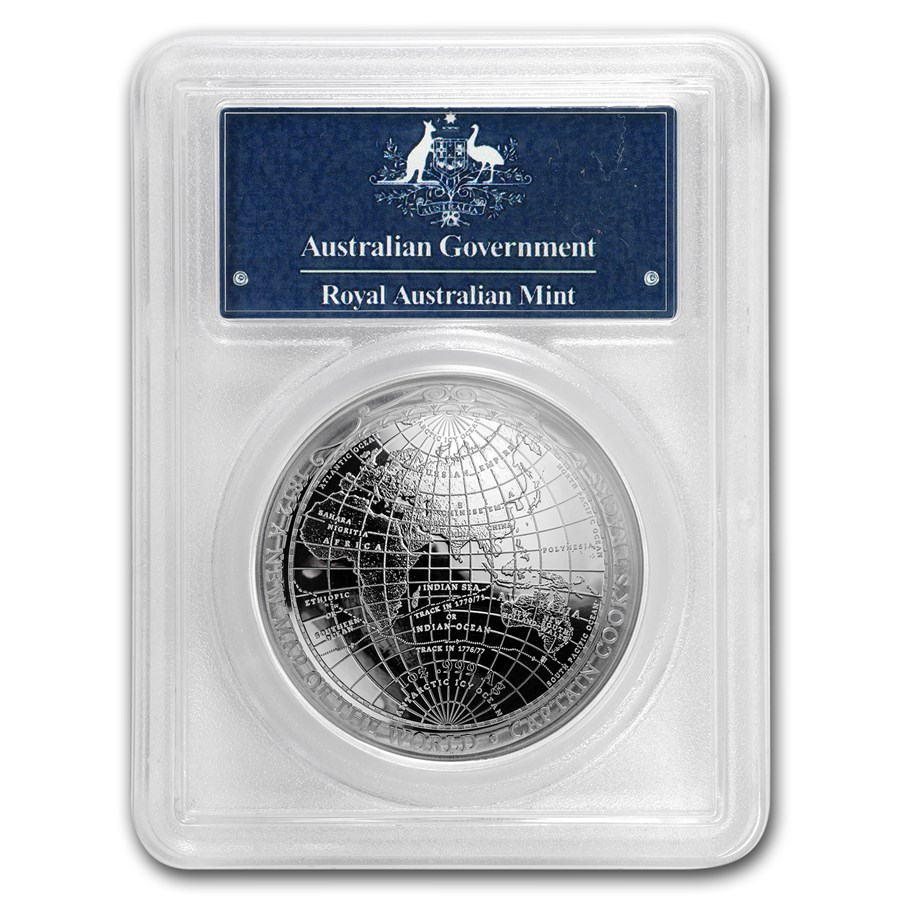 Your purchase will match the quality of the product shown.
Product Details
Product Details
Explore Captain James Cook's famous voyages with this exquisite 2019 Australian 1 oz Proof Silver Domed coin graded a perfect Proof-70. There is a population of 63 at this grade level.

The 18th century travels of Captain Cook unveiled mysteries of the world for scientists, cartographers and explorers. The excitement of this era of discovery is commemorated in beautiful detail on this Silver domed coin, based on historic and rare maps of the period.