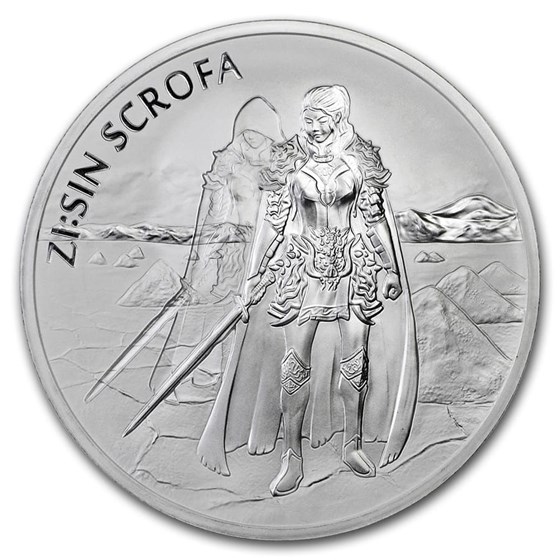 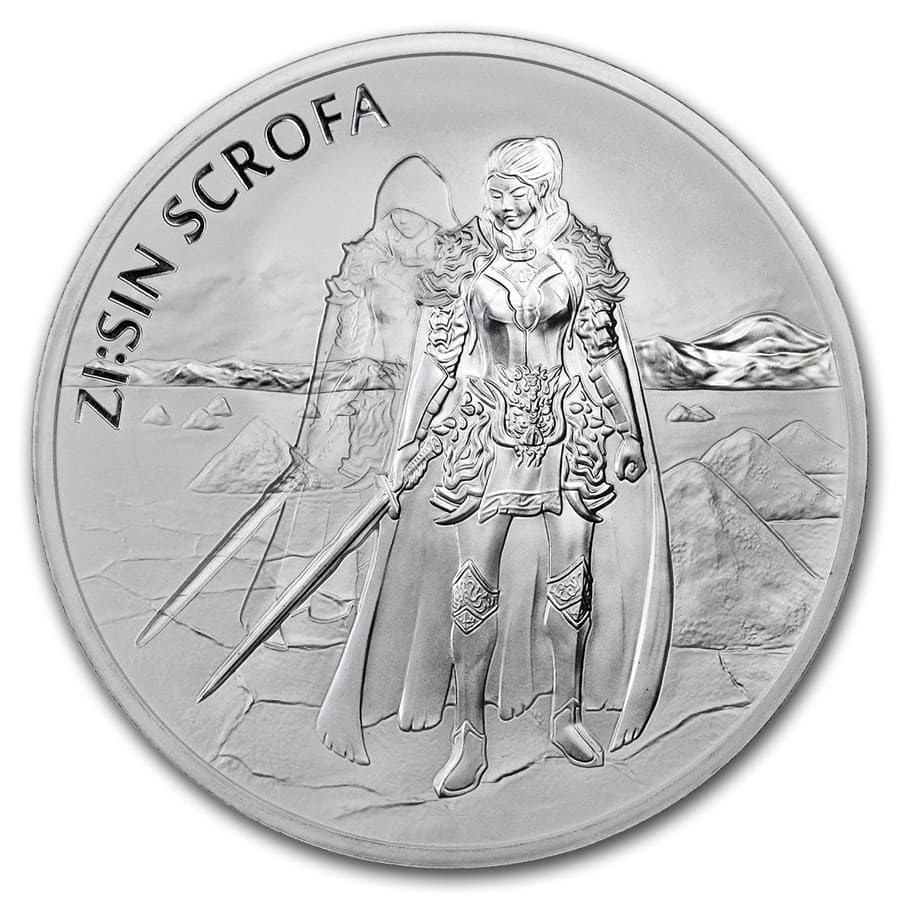 Your purchase will match the quality of the product shown.
Product Details
Product Details
KOMSCO has issued the third release featuring the guardian Scrofa, along with this special "ghost" version. This version has a very limited mintage of only 10,000 coins and highlights Scrofa's special power to duplicate herself.

ZI:SIN are the Twelve Guardians assigned to protect twelve directions. They serve protection to the world against evil forces from twelve directions at all times. This issue features Scrofa, who can duplicate herself to fight against demons, and this particular BU coin features the "ghost" image of Scrofa as well.

Don't miss the chance of owning this very limited release of the ZI:SIN Silver medal bullion series. Add one of these Korean 1 oz Silver medals to your cart today!

The convex and concave design gives such great depth in this piece of art. I'm amazed, quality is impressive. Thanks you Ampex shipping was fast.

I was amazed at the amount of detail on this coin. Definitely worth the premium. Great job Komsco.

low mintage, was hard to acquire.

BEAUTIFUL AND OUTSTANDING DESIGN,THEY ARE MY FAVORITE SILVER COIN.