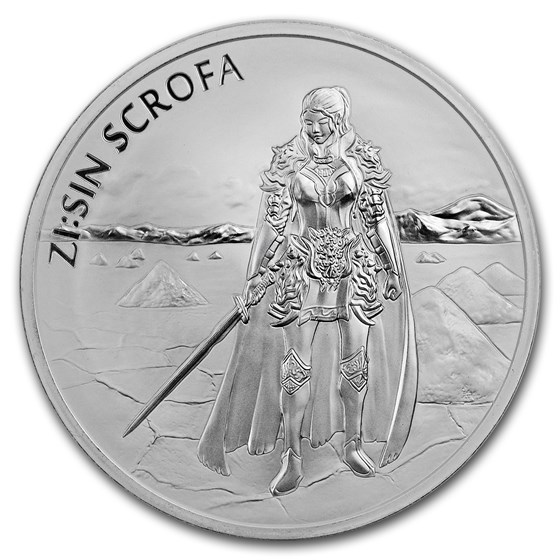 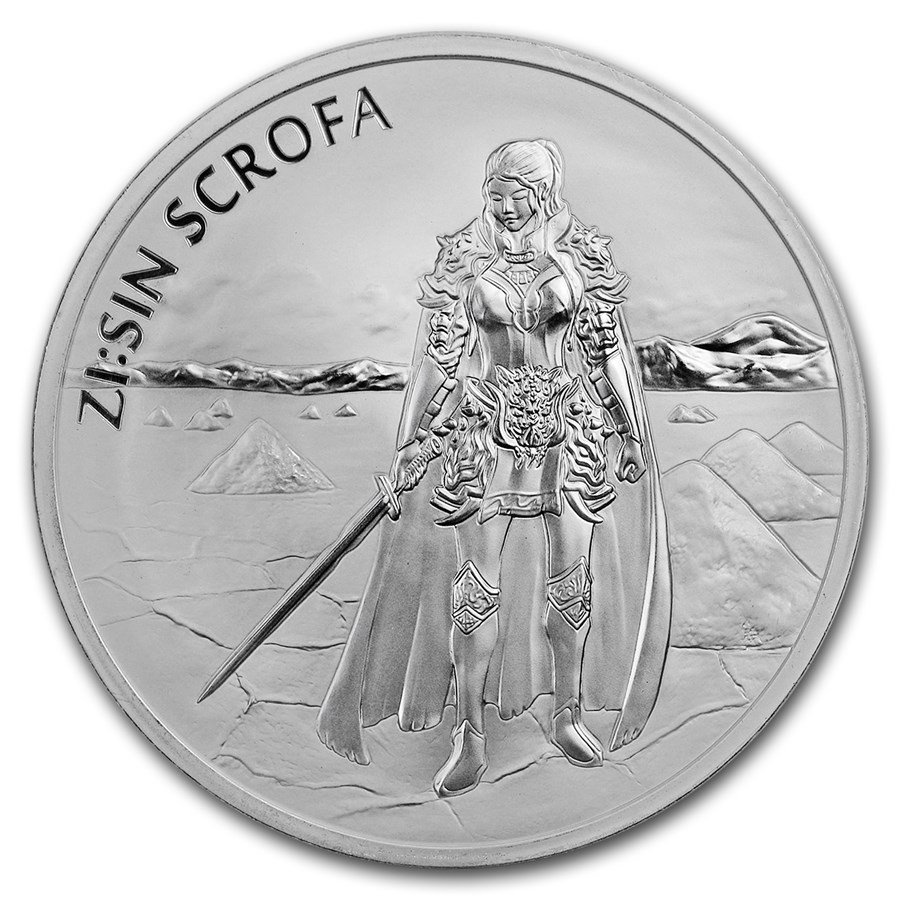 Your purchase will match the quality of the product shown.
Product Details
Product Details
Continuing the success of the ZI:SIN series, KOMSCO, the official mint of South Korea, issues the third release featuring the guardian Scrofa.

ZI:SIN are the Twelve Guardians assigned to protect twelve directions. They serve protection to the world against evil forces from twelve directions at all times. This issue features Scrofa, who can duplicate herself to fight against demons.

Don't miss the chance of owning the third release of Korea's newest Silver medal bullion series. Add one of these Korean 1 oz Silver medals to your cart today!

ZI:SIN Scrofa, also known as 'Justice Haechi' is responsible for protecting the sacred Salt-Lake created by the gods of the sun, moon, and stars. The Salt-Lake is a divine passage connecting two worlds between mortals & immortals. It is an embodiment of people's hope, wish and unchanged faith for a peaceful world.

Another beauty from the South Korean mint. I'm very impressed with the artistic quality of the Zi:Sin series.

Fantastic design. The detail on this coin is awesome.

Nice coin! The glowing effect around the warrior is pretty cool. I like the contrasting matte and polished features.

This series of coins appeal to me.

Each of this series coins look better than the last

SOUTH KOREA DID IT AGAIN

HAVE BEEN COLLECTING SINCE 2016, THEY ARE BEAUTIFUL AND A WONDERFUL DESIGN ]

The title says it, I'm loving the Zi:Sin series. Every issue in this series is turning out great.