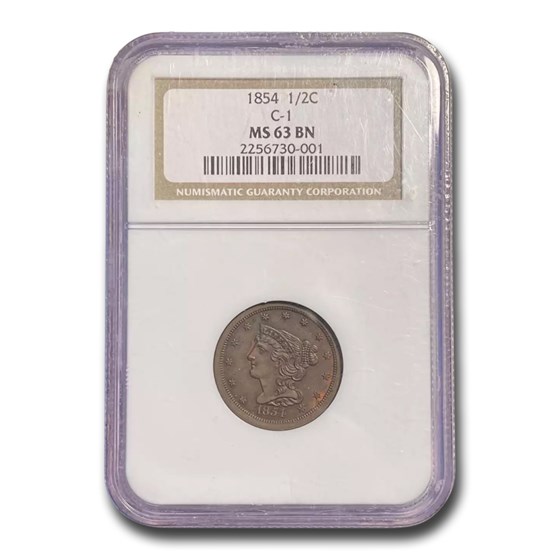 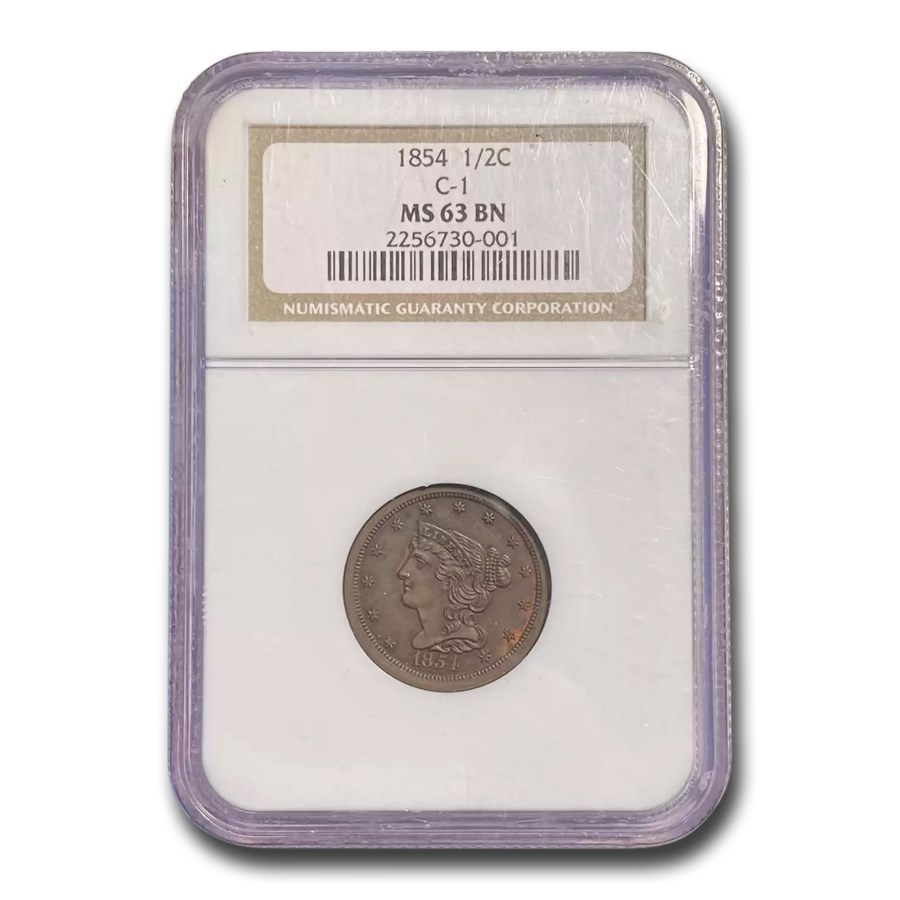 Product Details
Product Details
This 1854 Half Cent has been certified as MS-63 (Brown) by NGC, one of the top two coin grading services. This coin has a population of only 147 coins!

Coin Highlights:
Protect and display your Half Cent in style by adding an attractive display or gift box to your order.

Half cents like this are popular pieces and highly collectible. They were minted from 1793 through 1857 until their use became less in demand. Add one of these 1854 Half Cent coins to your cart today!