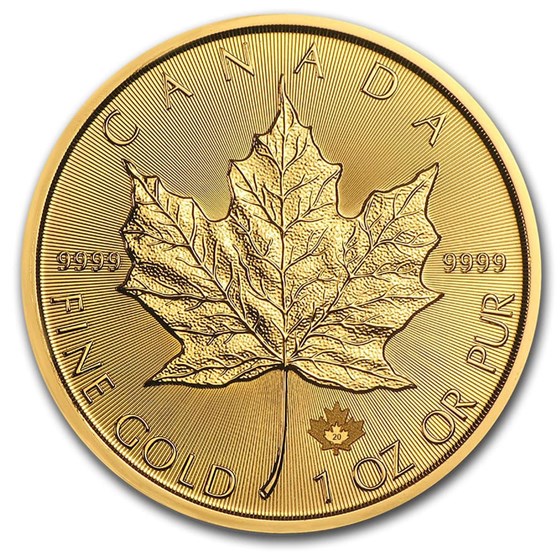 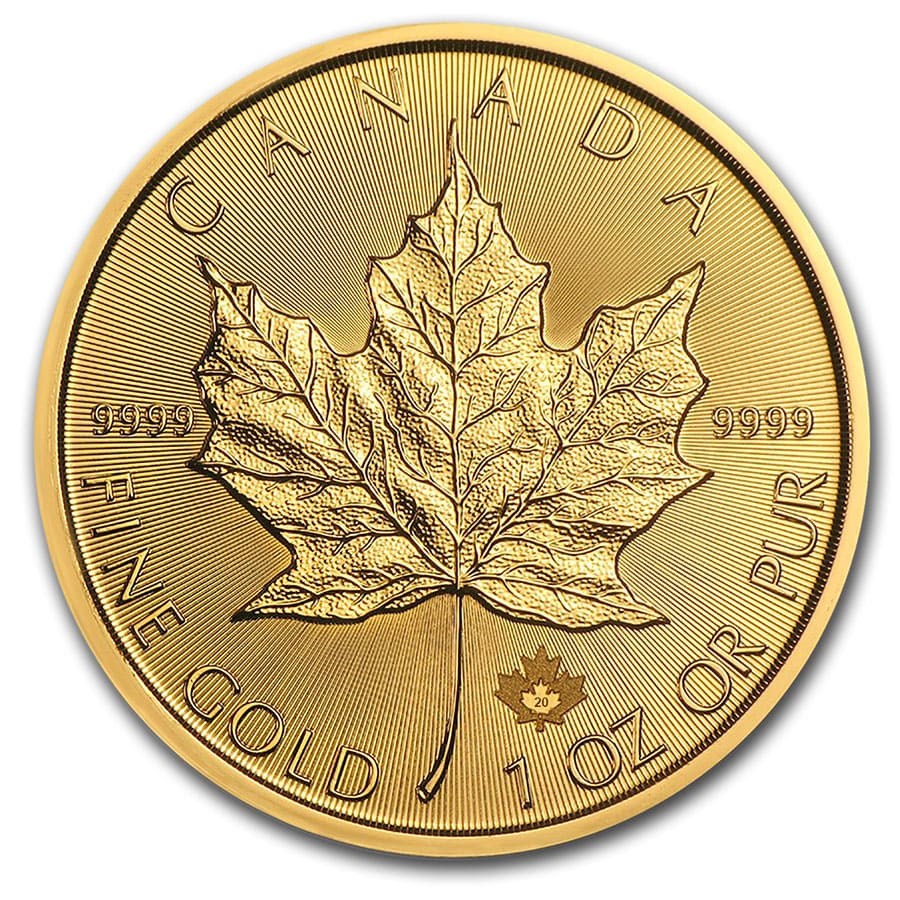 The Gold Maple Leaf
Canadian Gold Maple Leaf coins are one of the longest-running Gold bullion series in the world today. Introduced in 1979, this series has become an icon with its continued use of the sugar maple leaf design on the reverse and its evolving effigies of Queen Elizabeth II on the reverse. The coin began as only .999 fine Gold before increasing it's purity in 1982 to the .9999 purity you see today.

The Royal Canadian Mint's Bullion DNA Program
Since 2015 The Royal Canadian Mint's Bullion DNA program has offered the highest security on the market for any bullion coin. Each bullion coin features a textured Maple Leaf security privy mark, micro-engraved with laser technology, and is visible only under magnification. Etched within the Maple Leaf security mark are the two digits indicating the coin's production year. Each micro-engraving is encoded, scanned, and recorded at the mint for future authentication, giving each coin their unique Bullion DNA.

Important Notes
Note that these coins will come in Brilliant Uncirculated condition, meaning that there will be no wear on the coin, though light contact marks and spotted surfaces are possible. Dates on these random year coins will be of our choosing and may or may not vary, determined by stock on hand.

These Gold Maples have an amazing eye appeal and shined brighter than my future! Arrived in amazing condition!

The delivery was fast and the coin is very nice. I'm happy with my purchase.

Wish I could buy

Good company to do business with, never disappoints me

Been dealing with Apmex and never a problem. Always get what I paid for. Shipping is important to me and they deliver on fast shipping. Enough said great company.