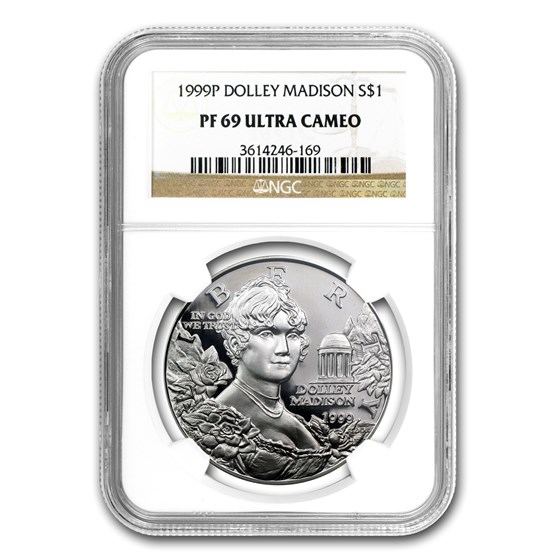 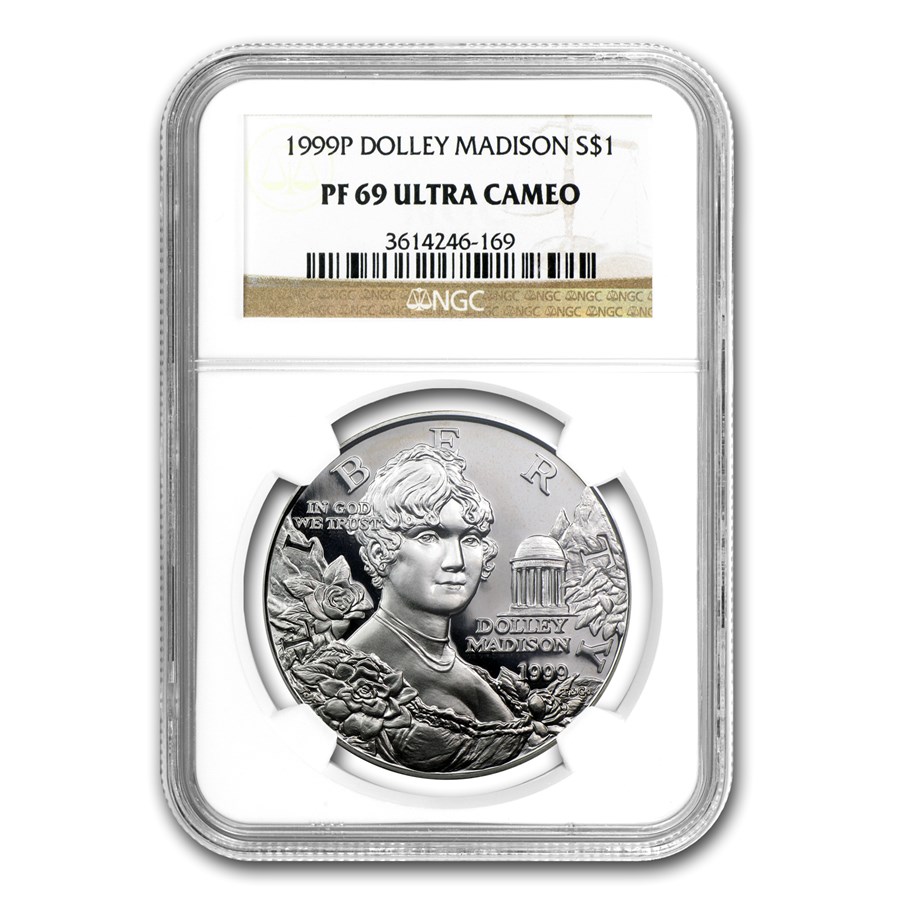 This Silver Dollar is the first coin depicting a First Lady of the United States, commemorating the 150th anniversary of Dolley Madison's death. The obverse shows Madison on the grounds of the Montpelier estate with her favorite Cape Jasmine flowers. The reverse shows Montpelier. This coin is graded Proof-69 Ultra Cameo by NGC.