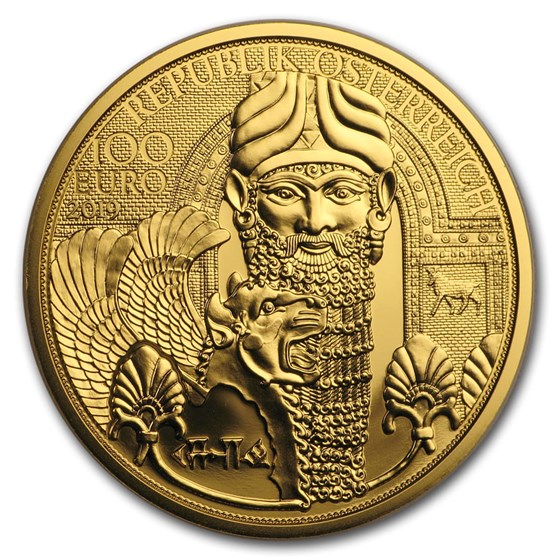 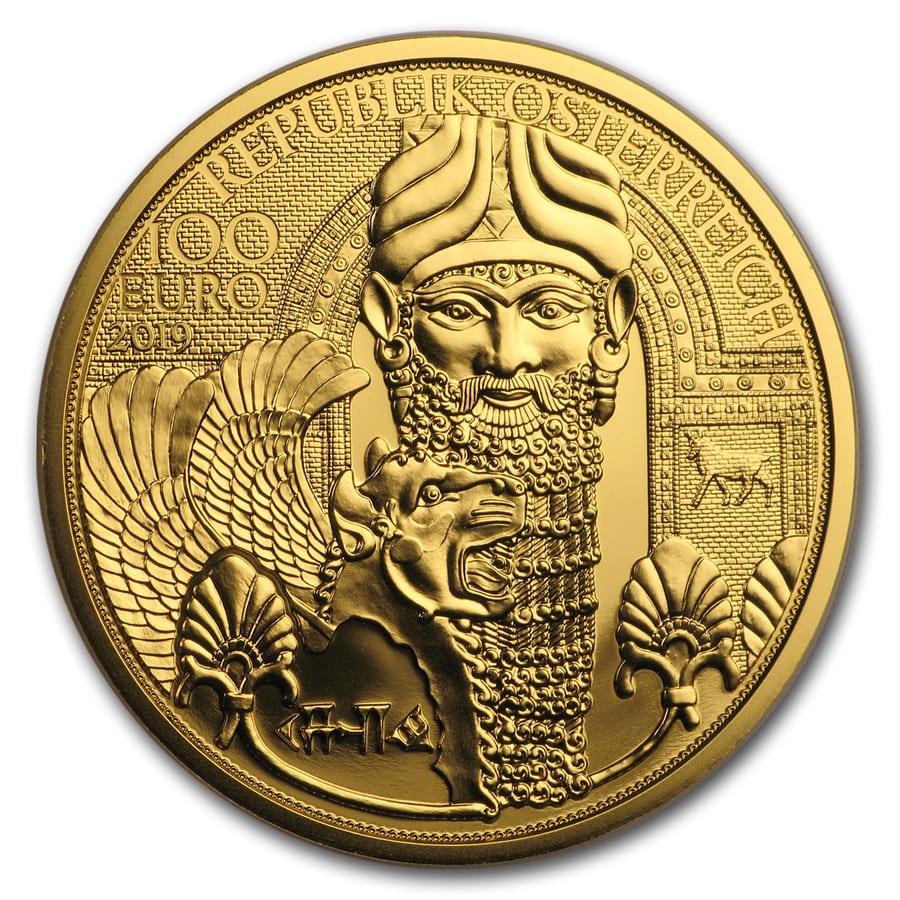 Product Details
Product Details
From the Austrian Mint, the Magic of Gold series feature ancient art treasures, where word ‘Gold’ is written on each of them in the respective script of the culture they explore: Mesopotamia, ancient Egypt, the Incas, the Scythians, India and China.

With the first coin in the Magic of Gold series we travel back in time to Ancient Mesopotamia, ‘the land between two rivers’, the Tigris and the Euphrates. In Mesopotamian culture the ownership of Gold was associated with high standing and all Gold had to be handed over to the ruling classes and religious leaders. It was reserved for the powerful and the even more powerful – the gods. Mesopotamian Gold was mainly sourced from Egypt, where it was believed that the streets were paved with the precious metal.


Coin Highlights:
These commemorative Gold coins from Austria are a great way to add to your Gold holdings while enhancing your World Gold collection. Add one of these 2019 Austria Proof Gold €100 The Magic of Gold Mesopotamia coins to your cart today!

Since time immemorial, Gold has had a special effect on those who behold it. The Magic of Gold series traces the mysterious nature of Gold in Ancient cultures. No other metal has as much symbolic meaning as Gold and no other concrete substance has been linked with so many abstract concepts, including heavenliness, immortality, purity and power.

Although the Mintage for this piece is 20,000, its low when compared to the admiration and interest in the coin—and its proof finish makes this an exceptional value.

Can't Wait To See What Comes Next!

I find this to be a great generational wealth gold coin highlighting the history of the yellow metal as money throughout civilization. This beautiful "Magic of Gold Mesopotamia" piece will be going to my offspring. Not sure how far I will get in the series, but I am completely satisfied with the first one! Another mint condition premium coin provided by APMEX!