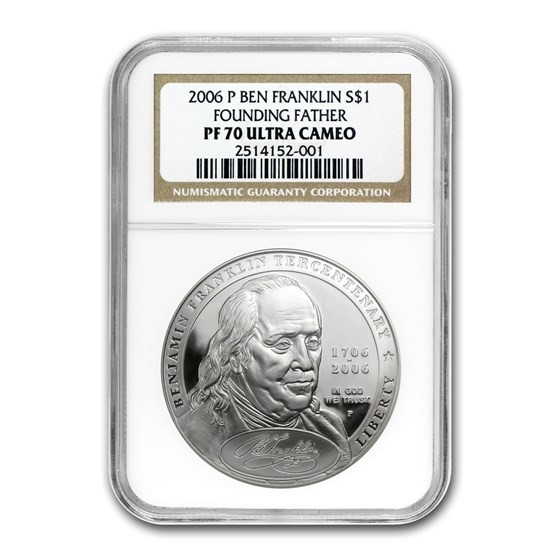 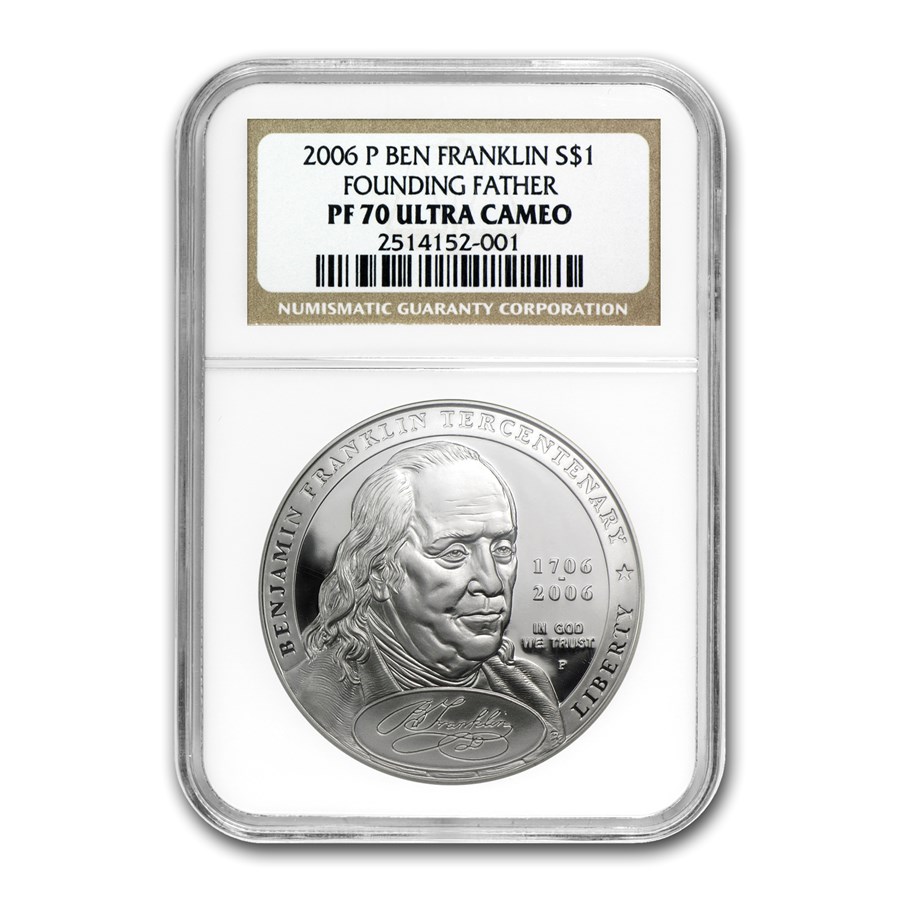 Product Details
Product Details
Own a piece of history. Ben Franklin, one of the founding fathers of the United States, is depicted on this U.S. Mint $1.00 Silver Commemorative coin.

Coin Highlights:
Protect and display your Ben Franklin Founding Father $1 Silver Commem in style by adding an attractive display or gift box to your order.

Ben Franklin was one of the most remarkable individuals of all time. A multi-talented scientist, philosopher, journalist and statesmen, he remains nearly as popular today as he was in his own time. This coin has an actual Silver weight of .77344 and weighs the same as the old Morgan and Peace Silver Dollars.

Ben Franklin has adorned the face of money before as he has been most notably featured on the Half Dollar from 1948-1963, and is currently featured on the $100 Bill. This is a great piece to own as a fan of Ben Franklin, or just a collector of coins. This coin was minted at the Philadelphia Mint and has been graded by NGC as PF-70 UCAM, which is the best grade a coin can achieve.