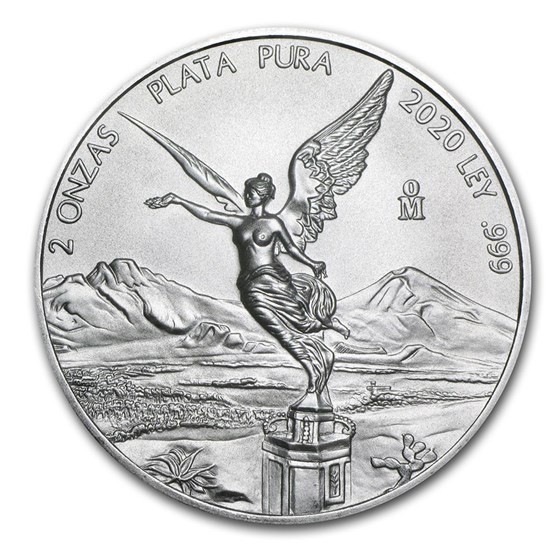 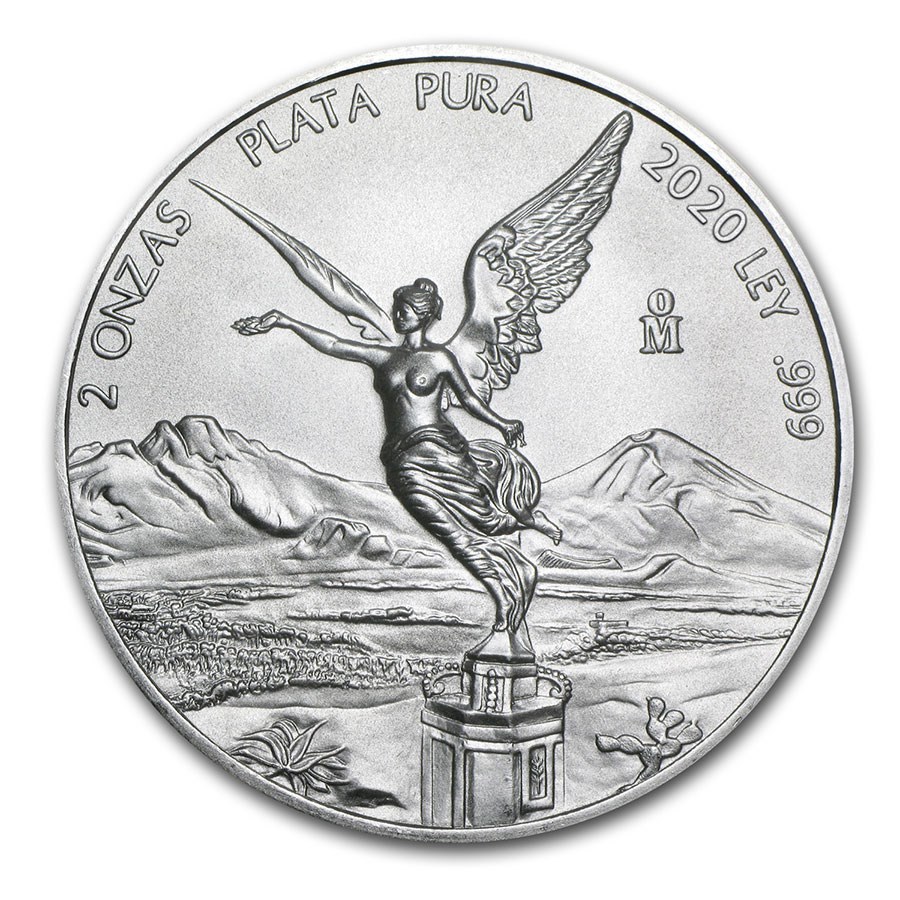 $26.99
As Low As
Product Details
Product Details
This magnificent 2020 2 oz Silver Mexican Libertad coin carries on the rich tradition of the Libertad series that began in 1982. These coins typically have low mintages with premiums that rise quickly, adding to their collectibility.
The 2020 2 oz Silver Libertad BU release has a mintage of only 5,500 coins, which is the lowest mintage since the 2005 release.

Coin Highlights:
Handle your 2 oz Silver Libertads with care by adding these cotton gloves to your order.

Rapidly gaining popularity, this uniquely sized Silver Libertad coin carries on the rich and proud tradition of the beloved Libertad series that began in 1982. Add this 2020 2 oz Silver Mexican Libertad coin to your cart today!

The Silver Libertad was released in a 2 ounce Brilliant Uncirculated version for the first time in 1996. These coins tend to have much lower mintages than their 1 ounce counterparts, adding to the collectibility of the series. These 2 oz Libertad coins in .999 fine Silver feature the coat of arms of Mexico on the obverse, surrounded by the historical Mexican coat of arms. The reverse features the two volcanoes Popocatépetl and Iztaccíhuatl, which have a legendary love story tied to them. The legend based on Aztec mythology tells the story of these two volcanoes, who were once star-crossed lovers - the princess Iztaccíhuatl and the brave warrior Popocatépetl. Iztaccíhuatl's father demands that Popocatépetl defeat their enemy before taking the princess as his bride. While the brave warrior fights and defeats the enemy, a rival spreads false news to the ruler that Popocatépetl has been defeated. When Iztaccíhuatl learns of this, she falls ill and dies from heartbreak. The Gods turn the humans to these two mountains, so that the two lovers can finally be together.

Proud owner of the 2oz Libertad and very grateful to have one...

Thank you APMEX, for having this coin. With the low montage, I’m fortunate to have one ..