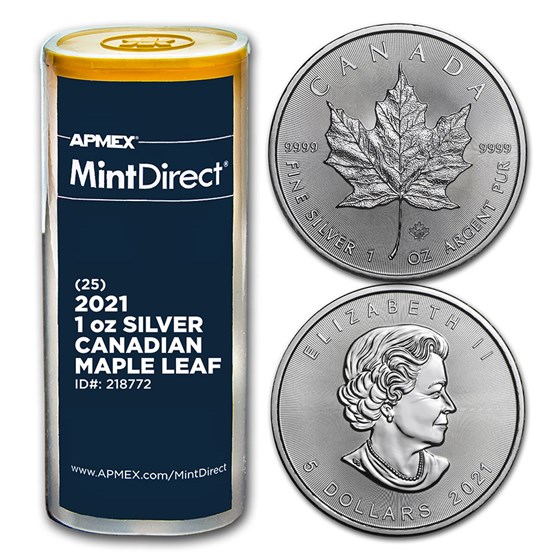 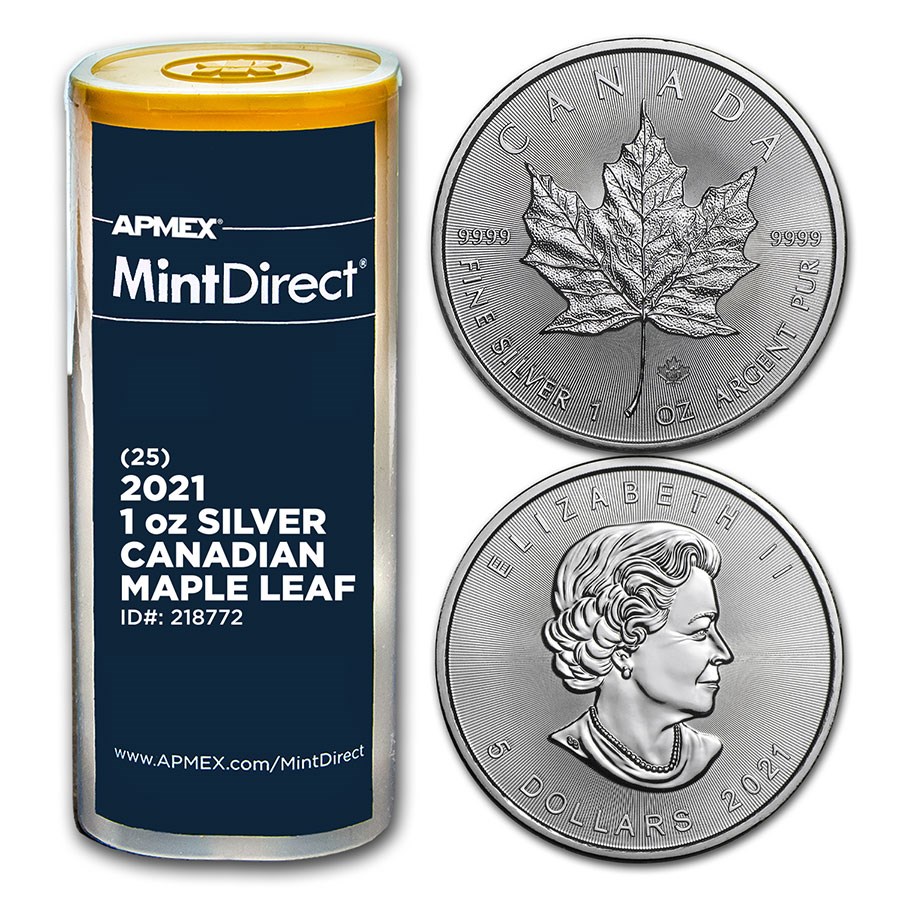 Product Details
Product Details
As low as $7.11 per oz over spot
The APMEX MintDirect® process assures that each 25-coin tube of 1 oz 2021 Silver Canadian Maple Leafs comes directly from sealed Royal Canadian Mint boxes, guaranteeing these .9999 fine Silver coins have not been searched or sorted since minting.

The Maple Leaf has been a national symbol of Canada since the 18th century. Featuring RCM’s new MintShield™ white spot reducing technology, the 2021 Silver Maple Leaf Coin is unmatchable. The coin also features an added measure of security with its unique design of light diffracting pattern of radial lines.

MintDirect® tubes are the perfect way to begin your investment in Silver bullion. Add the 2021 Silver Canadian Maple Leaf MintDirect® tube to your cart today!

Since 2015 The Royal Canadian Mint's Bullion DNA program has offered the highest security on the market for any bullion coin. Each bullion coin features a textured maple leaf security privy mark, micro-engraved with laser technology, and is visible only under magnification. Etched within the maple leaf security mark are the two digits indicating the coin's production year. Each micro-engraving is encoded, scanned, and recorded at the mint for future authentication, giving each coin their unique Bullion DNA. Every Silver Maple Leaf bullion coin dated 2018 and later now features MINTSHIELD Surface Protection, the world's only proven technique for significantly reducing the appearance of white spots or "milk spots" on Silver bullion coins.

Absolutely beautiful silver coins from the RCM. I also appreciate the Bullion DNA and MintShield protection elements as well. A great way to stack silver!