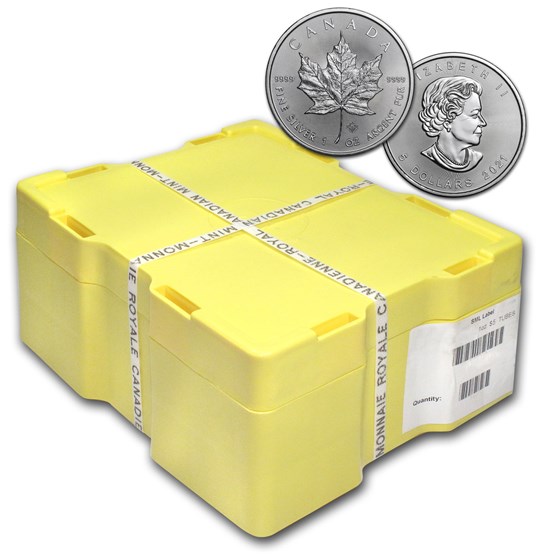 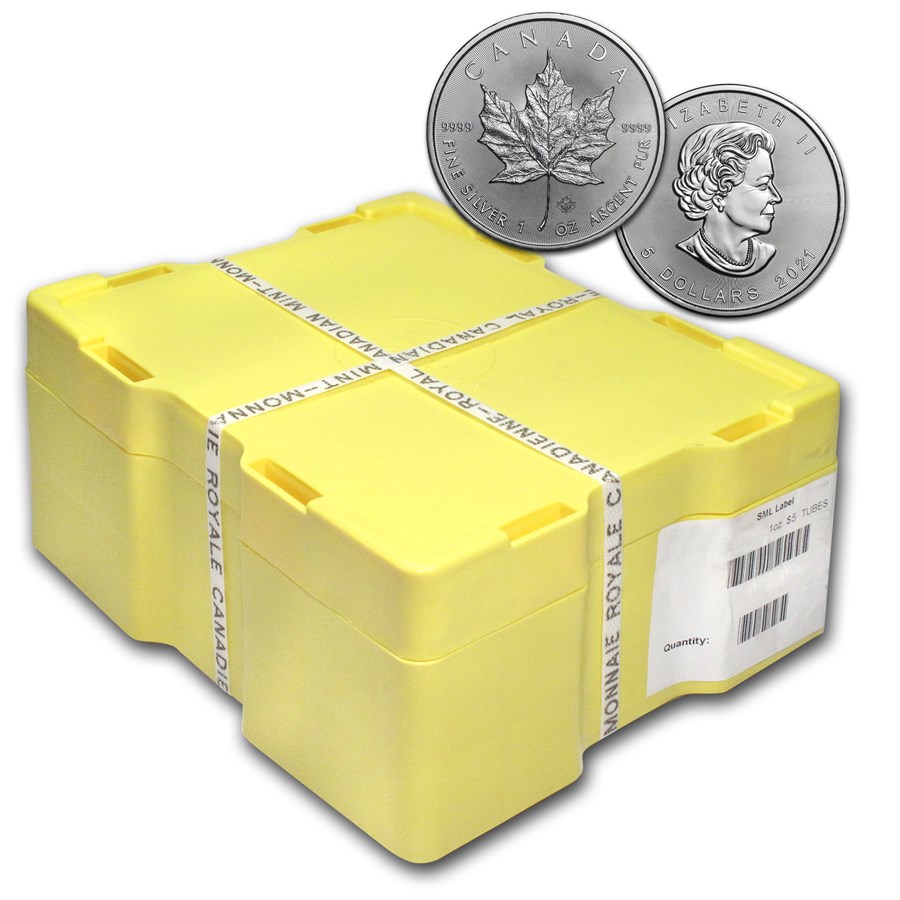 The Maple Leaf has been a national symbol of Canada since the 18th century. Features RCM's MintShield™ technology, a breakthrough that significantly reduces the occurrence of milk spots.

Coin Highlights:
The Silver Canadian Maple Leaf is considered one of the most iconic and beloved designs on all bullion coins. Add this 2021 Silver Maple Leaf Monster Box to your cart today!

Since 2015 The Royal Canadian Mint's Bullion DNA program has offered the highest security on the market for any bullion coin. Each bullion coin features a textured maple leaf security privy mark, micro-engraved with laser technology, and is visible only under magnification. Etched within the maple leaf security mark are the two digits indicating the coin's production year. Each micro-engraving is encoded, scanned, and recorded at the mint for future authentication, giving each coin their unique Bullion DNA. Every Silver Maple Leaf bullion coin dated 2018 and later now features MINTSHIELD Surface Protection, the world's only proven technique for significantly reducing the appearance of white spots or "milk spots" on Silver bullion coins.