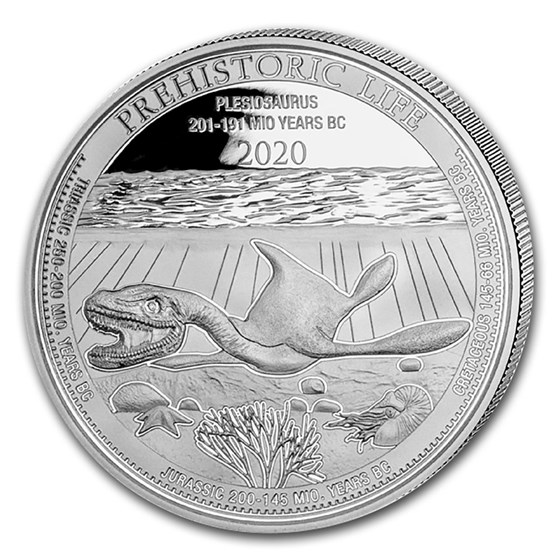 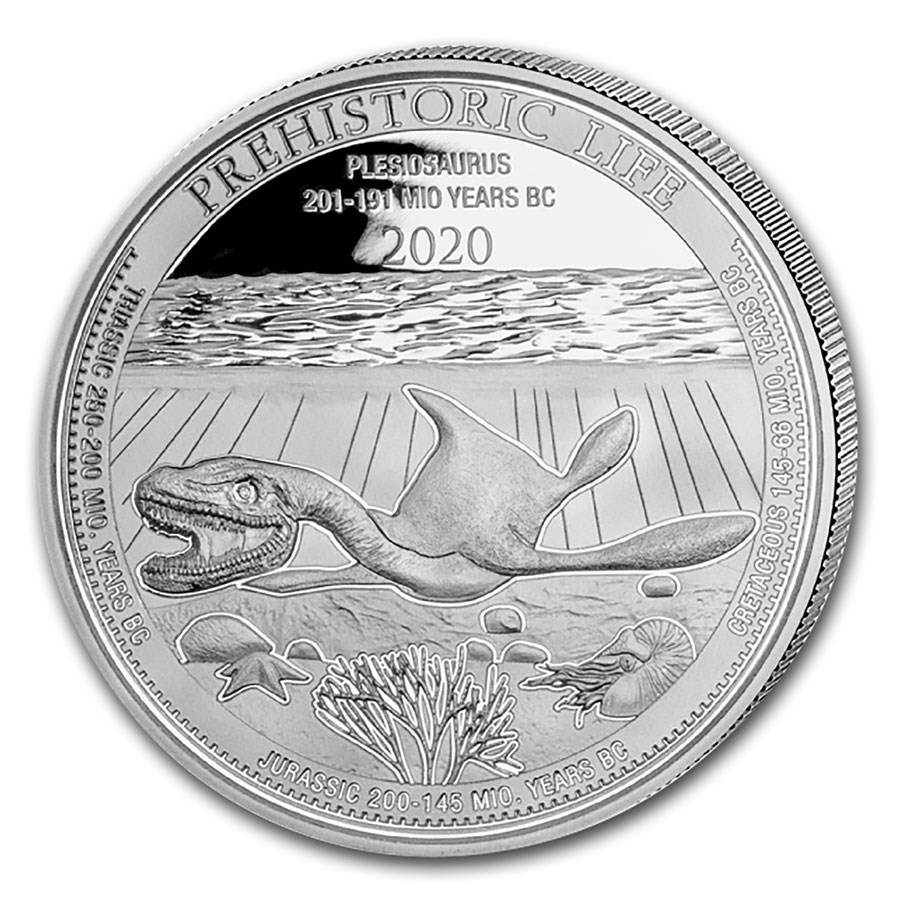 The second coin in the series. Handle your coins with care by adding these cotton gloves to your order.

Add one of these Plesiosaurus Silver coins to your collection today!

Prehistoric Life Series
This series was introduced in 2020 starting with the Tyrannosaurus Rex and will continue until 2023. There are will be three different prehistoric animals coins released each year in Gold and Silver. The second coin features the Plesiosaurs which went extinct 65 million years ago, and did not leave any living descendants. There Plesiosaurus was an aquatic reptile which swam in groups of two or three in the ocean, never surfacing. They were aggressive but would only swim a short distance for their prey.

Bavarian State Mint
The Bavarian State mint is the oldest company in Munch, over 850 years old. The mint has a reputation for minting quality circulation coins and collector coins. The mint continues to rely on new methods and technologies, both in production and in the implementation of quality controls to be one of the finest mints.

I love that it came in a capsul.

nice second issue to the collection looking forward to the third

Interesting (to me) series

I like prehistoric animal themes. Only con that I have is that the coins rattle in the capsules provided.

Not as good as T-rex

Love dinos? Love Silver? Love the movie "Congo" then this is the series for you. Second coin in the run. The first was released earlier in 2020 and featured a T-Rex after a successful hunt. This design is not as appealing. Lots of aquatic creatures and still a must if collecting them all but, T-Rex design in my opinion was better.

Once again, APMEX delivers a unique design that is delivered as stated, well done.

I enjoy the dinosaur design on the coin, particularly a marine dinosaur. A neat coin for my collection. If you like the coin's appearance, I would get one!