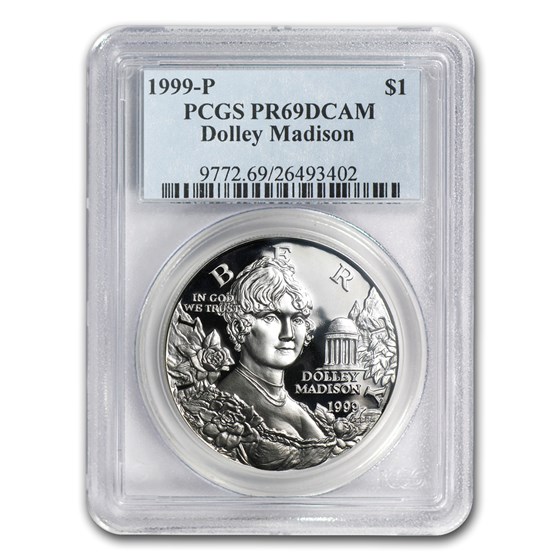 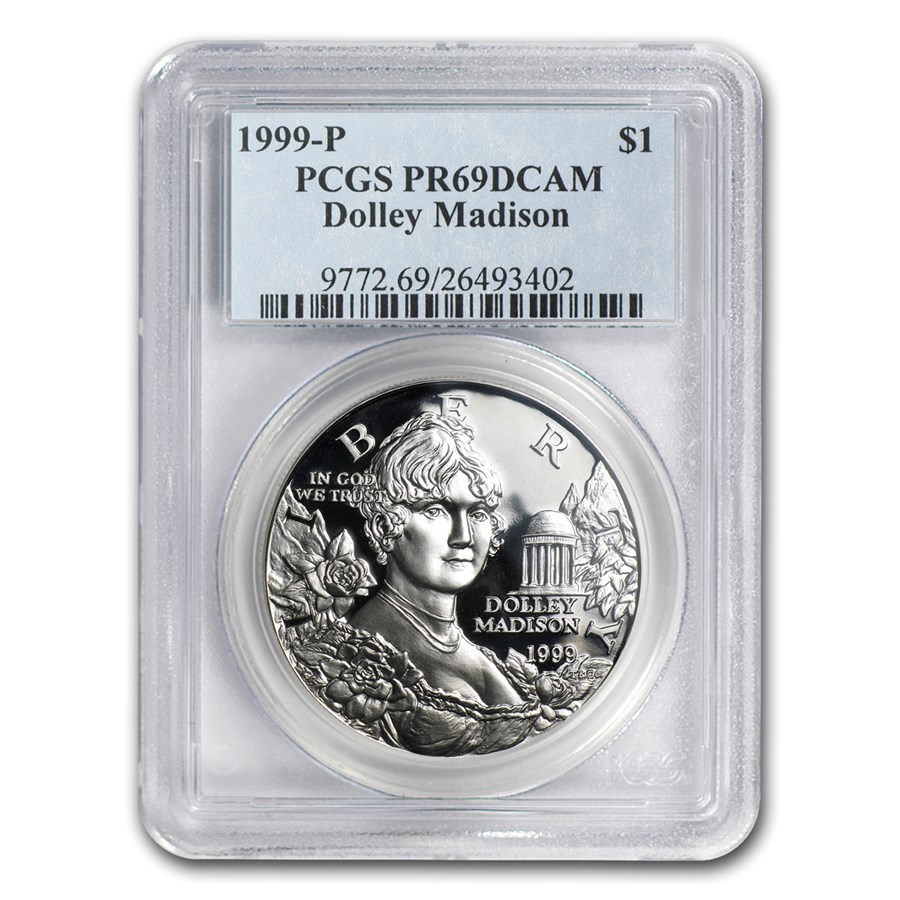 Your purchase will match the quality of the product shown.
Product Details
Product Details
Graded Proof-69 Deep Cameo by PCGS, this Silver Dollar is the first coin depicting a First Lady of the United States, commemorating the 150th anniversary of Dolley Madison's death.

Coin Highlights:
Protect and display your Dolley Madison $1 Silver Commem in style by adding an attractive display or gift box to your order.

Dolley Madison was the wife of President James Madison. Mrs. Madison served as hostess at the White House for 16 years, during the term of widowed President Thomas Jefferson, and then during her husband's administration. When British troops sacked Washington, D.C. in 1814 she rescued Gilbert Stuart's painting of George Washington from the flames of the burning White House.