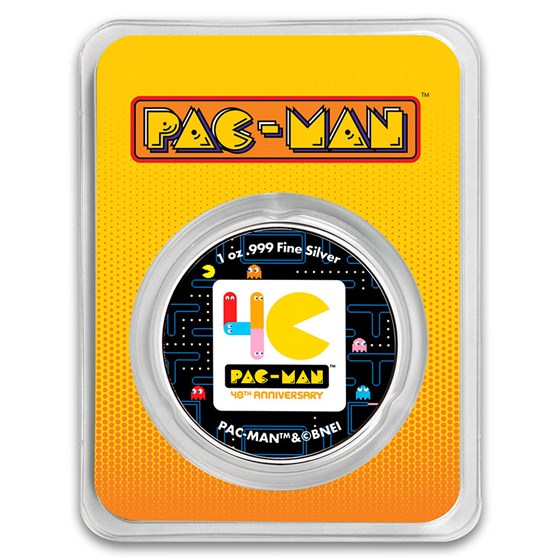 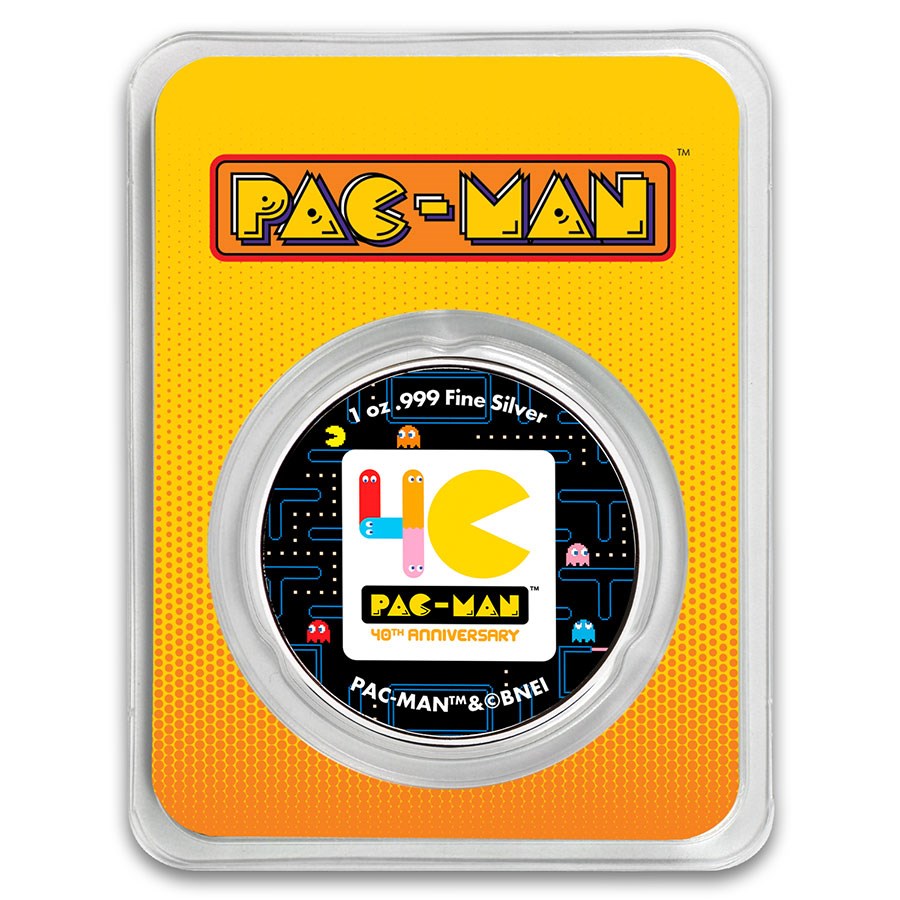 Product Details
Product Details
Available exclusively at APMEX, celebrate the 40th Anniversary of the video game icon PAC-MAN™ with this .999 fine Colorized Silver $2 coin! This unique coin is in full color on one side and comes in licensed PAC-MAN™ tamper-evident packaging (TEP).

Fan of Pac-Man and the design was great. Case designs was also great.

I spent many a night on an 8-bit PC with a 4-color graphics card playing PAC-MAN back in the 80s. It was a bunch of fun. The game Pac-Man is still available, but most including myself no longer care to play. Yet, we can keep the memories alive with the 2020 NIUE COLORIZED 1 OZ SILVER $2 PAC-MAN™ 40TH ANNIVERSARY COIN. Very attractive, low mintage and in Mint condition!

This coin is awesome design. I showed it to my friend and he is going to get 1 as well.

It's fun, cute and brings back memories of the game.

Nice gold coin to add to your collection. If you grew up on video games during the 80's, you'll love this. For a coin with only 400 pc mintage, the premium was very reasonable.

BLOWN AWAY by the amazing detail of the ghosts...even the queens crown. Low mintage as well....YESSSSS