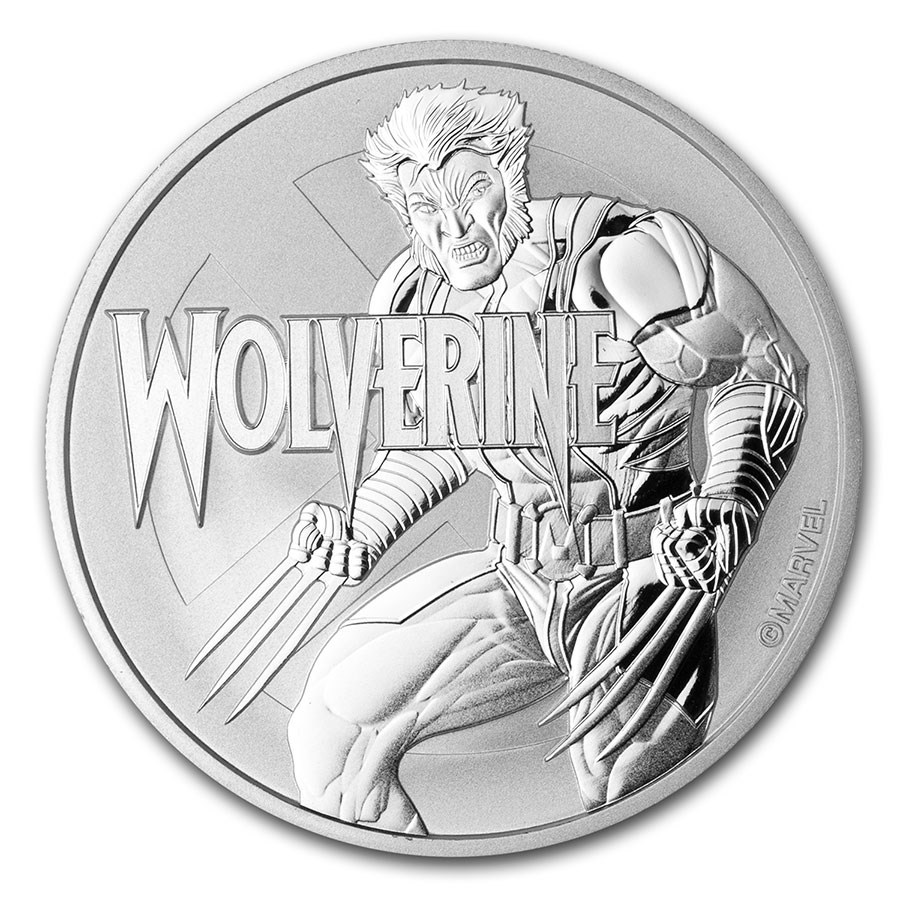 Product Details
Product Details
This coin is the ninth release in the Marvel Bullion series struck by The Perth Mint, featuring various Marvel characters. This release follows other sold out releases, including Spider-man and Black Panther.

Protect your Silver Wolverine coin in style by adding an attractive display box to your order.

In 2017, the Perth Mint released the Marvel Series with a Spider-man coin which was a quick sell-out. The first silver coin coincided with the release of a new Spider-man film in the Marvel Cinematic Universe; Spider-Man: Homecoming. This release was followed by Thor, Black Panther, Iron Man, and Deadpool in 2018. Heading into late 2019, the series continued with new designs from Hulk and Captain America that did not necessarily coincide with the release of a new feature film, but did reflect the continued popularity of the characters from the Marvel Universe. Marvel Comics continues to be one of the most popular licensed programs here at APMEX.

looks great and grand children will love it

Beautiful addition to the series

Beautiful coin that complements the other issues in the Marvel series. Excellent workmanship.