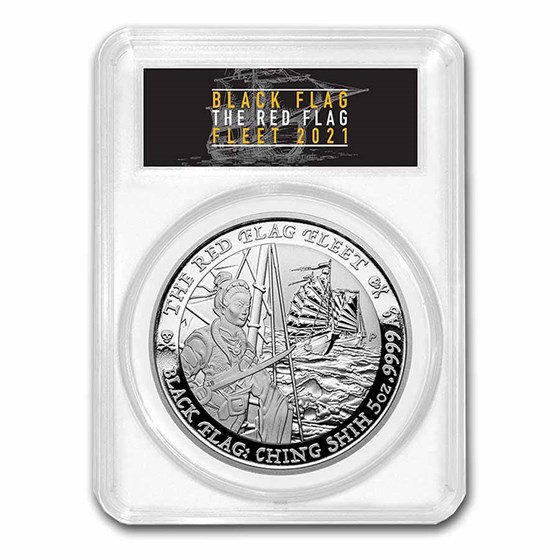 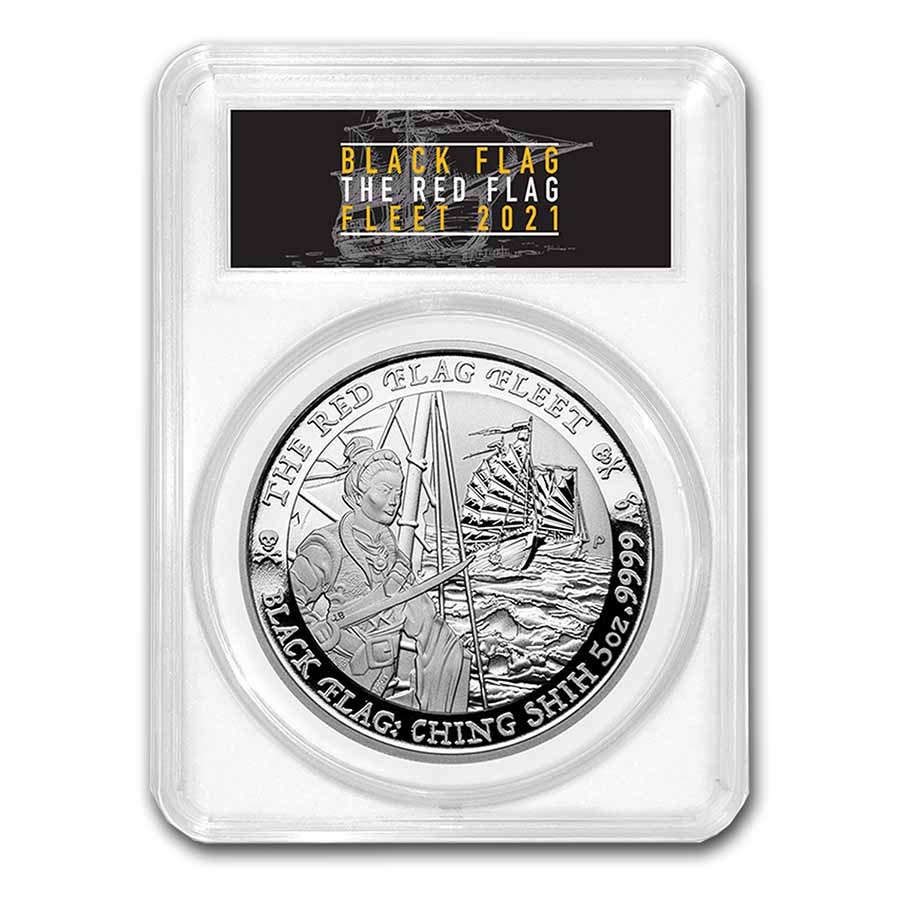 Product Details
Product Details
Struck by The Perth Mint, the third release in the popular Black Flag series features Ching Shih and The Red Flag Fleet. This coin has been graded a perfect MS-70 by PCGS and comes in a holder with an APMEXclusive® label!

Coin Highlights:
Protect your PCGS holder from fingerprints by adding these cotton gloves to your order.

This exceptional coin would be a great addition to any coin collection. Add this 2021 Tuvalu 5 oz Silver The Red Flag Fleet coin to your cart today!

The Black Flag Series
Throughout the 17th and 18th centuries, pirate ships proudly displayed their ominous and unique black flags to announce themselves in battle. Each release in this series struck by The Perth Mint features a famous pirate along with the emblem they associated with. Learn more about the Black Flag series here.