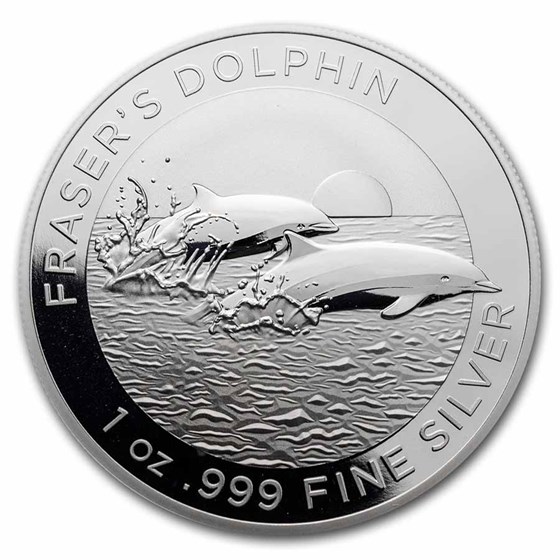 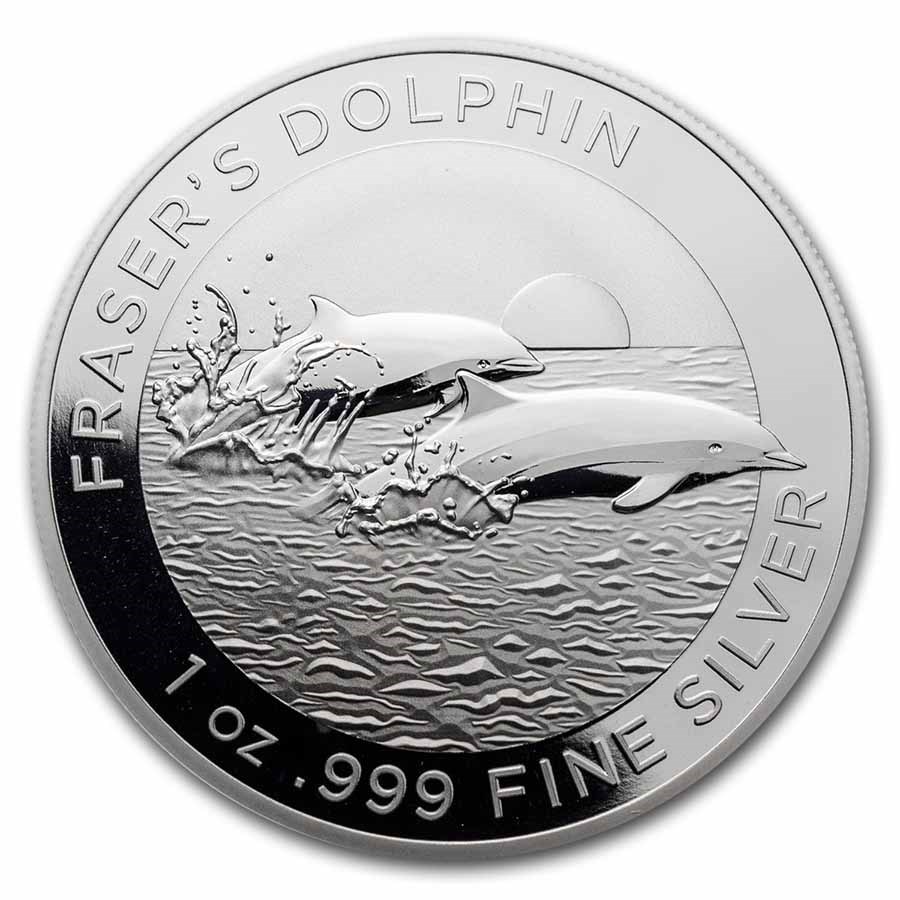 Product Details
Product Details
This low mintage coin is the third Silver release in the Dolphin bullion series by the Royal Australian Mint! This APMEXclusive® coin has a limited mintage of 25,000 coins worldwide.

The third release of the Dolphin bullion series by Royal Australian Mint features two playful Fraser's Dolphins leaping out of the ocean against a rising sun. This Brilliant Uncirculated Silver coin features an elegant design in 1 ounce of .999 fine Silver.

Due to limited availability, there is an order limit of 500 coins per customer.

Silver Dolphin Series
The Dolphin is a beloved animal depicted in many cultures, and are also native to Australian waters. Royal Australian Mint and APMEX partnered to release the Dolphin series, in both Gold and Silver. In various cultures, the Dolphin symbolizes happiness, power and protection. The Fraser's Dolphin are typically found in deep, tropical waters, and have a distinct side stripe from their eye to their flipper. These dolphins tend to travel in packs of 10 to 100, and are known to be splashy swimmers.

Such a great coin.