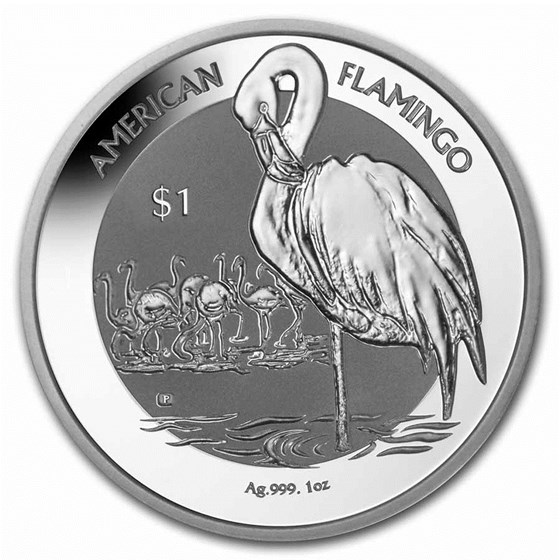 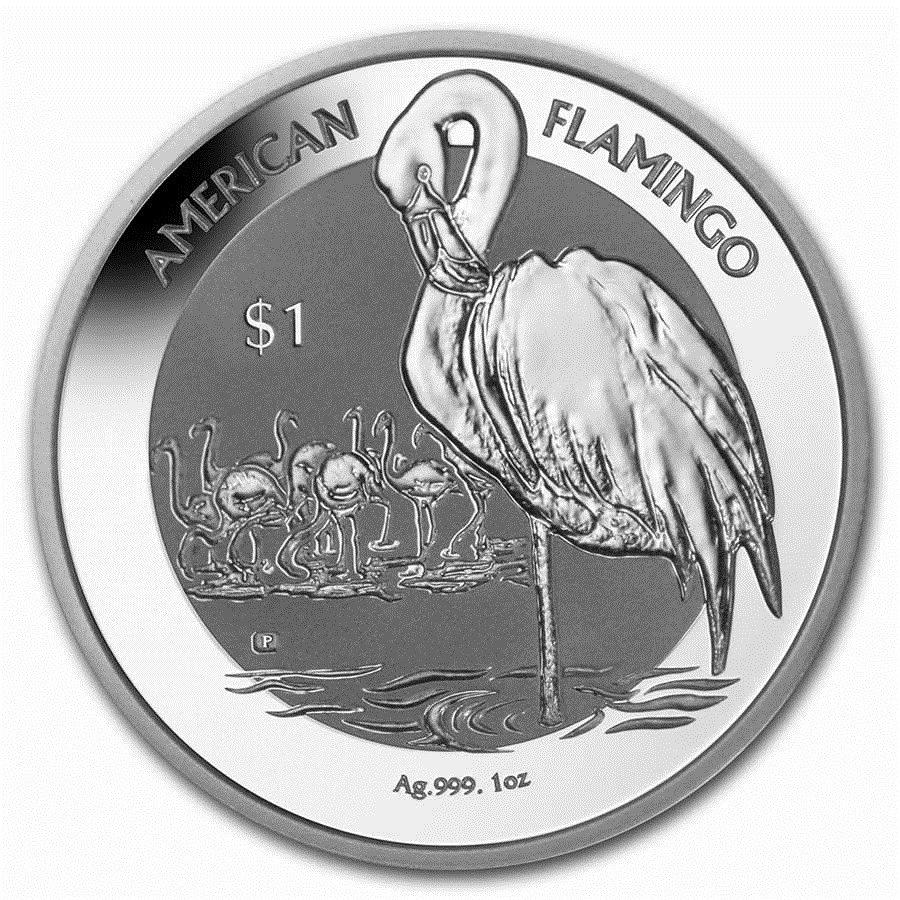 Protect and display your Silver Flamingo Reverse Frosted BU coin in style by adding an attractive display or gift box to your order.
This coin would be a great addition to any coin collection or portfolio. Own this exciting bullion coin minted for the British Virgin Islands by adding this stunning 1 oz Silver Flamingo Reverse Frosted BU coin to your cart today.

The American Flamingo:
American Flamingos are the only species of Flamingo that naturally inhabits North America. These large wading birds have a beautiful reddish-pink plumage, which can be seen in Florida. More specifically, the most southern regions such as South Florida and the Keys. These beautiful birds lay a single egg on a muddy mound during the months of May and August. The incubation time can take anywhere from 28 to 32 days, which both parents look after their young until about six years of age or until they reach full maturity.

what a beautiful piece of silver. A nice addition to my grandaughters collection

What a great coin!! You won’t be dissatisfied with this one!!