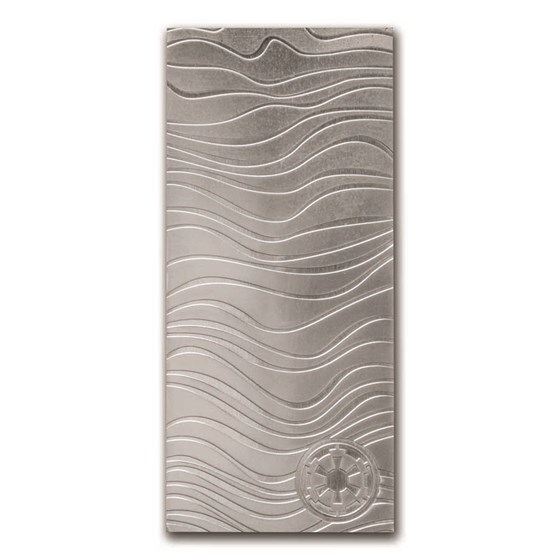 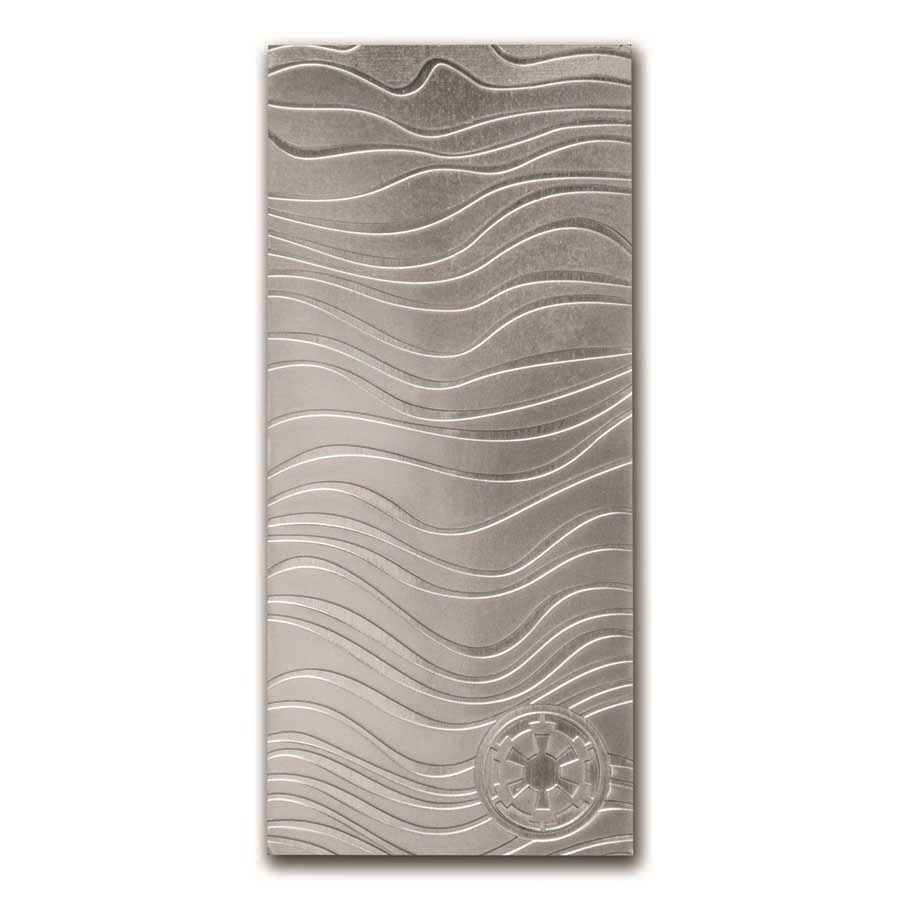 Product Details
Product Details
Mandalorian body armor is made of one of the most precious metals in the galaxy. When not being used to protect the famed bounty hunter they are melted down into Beskar ingots for exchange. Now you can own precious metal "Beskar Bars" of real value!
Due to the 1st production run selling out in 24 hours we are delayed until additional supply becomes available.

Be a real life investor in Beskar Bar bullion, the most precious metal bars in the entire Galaxy! Whether you're a fan of Star Wars: The Mandalorian, a collector of unique coins or a Silver investor, this is the Silver product for you!


Mandalorian Beskar Ingot
The legendary Beskar alloy, known also as Mandalorian iron, is highly prized throughout the galaxy for its extreme strength and durability. Developed on Mandalore for its warriors as a powerful armor, it can withstand blasters and even resist a lightsaber's strike. In addition to its extraordinary resilience, Beskar is able to be shaped according to a warrior's desires and so proves quite versatile. In ingot form, this precious metal is melted down into bars featuring a wavy surface that is then stamped with the Galactic Imperial Crest for authentication. So valuable and versatile is Beskar that in ingot-form they are used as a convenient store of value or means of exchange. Mandalorians have an almost religious connection to Beskar and believe it belongs only in the hands of their people. Now you can get your hands on it in true precious metal Silver form that will hold its value as both Silver and as a unique collectible item.