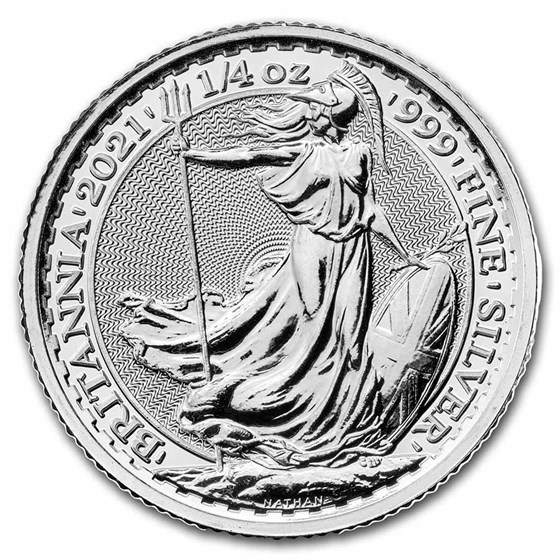 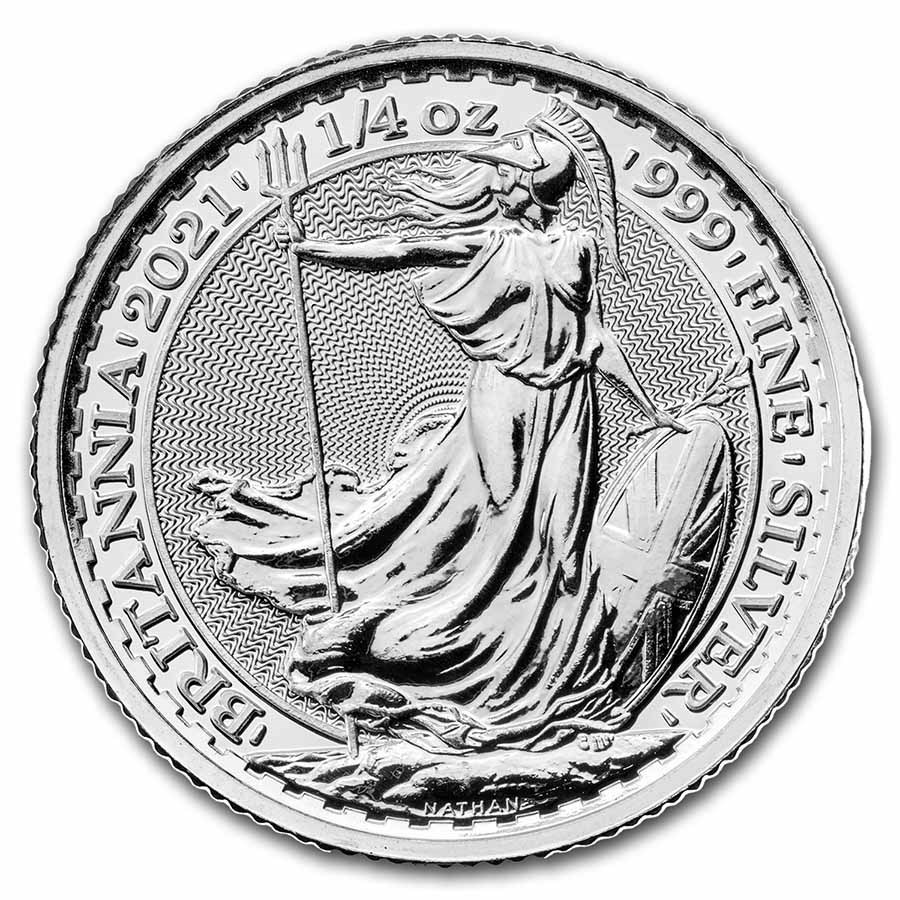 Product Details
Product Details
First introduced as a 1 oz Silver coin in 1997, the Silver Britannia coins are renowned for their beauty and reliability. In 2021 for the first time, The Royal Mint has introduced this beautiful coin in a 1/4 oz size.

The prestigious Britannia coin is now available in a smaller 1/4 oz size. Add this 2021 1/4 oz Silver Britannia to your cart today!

The Great Britain Silver Britannia Coin
The Silver Britannia coins feature the internationally recognized figure of Britannia standing firm against a powerful gale. This image has symbolized Britain's strength and integrity on coinage since Roman times. New for 2021, this prestigious coin is now available in a 1/4 oz size, packaged in tubes of 19 and monster boxes of 380.

The Great Britain Britannia Coin Series
First released as 1 oz Gold Britannia coins in 1987, The Royal Mint began producing the 1 oz Silver Britannia coin in 1997 as a Proof, and then as a bullion coin in 1998. The coins minted from 1998 to 2012 contain .958 fine Silver, and beginning in 2013, bullion issues became the first to contain .999 fine Silver. Today, the coin series is released yearly in several sizes in Gold and Platinum Britannia coins, along with the Silver Britannias coins in both Brilliant Uncirculated and limited mintage Proofs.

Bought it just cause it's a cute little mini Britannia. Goes well with my collection.

Love the Brittannia coins, and wanted to see how a smaller version would look. I wasn’t disappointed!