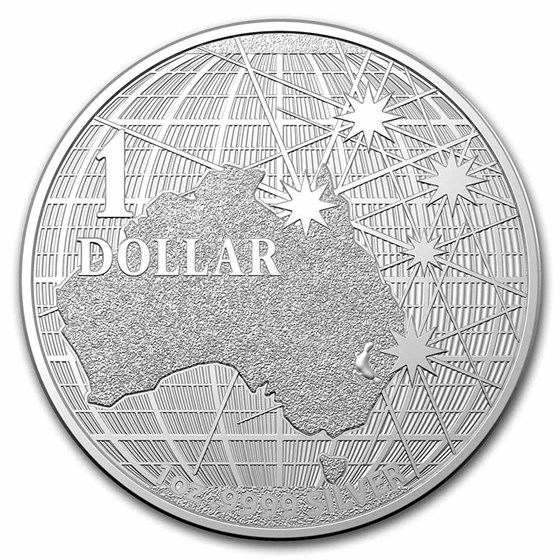 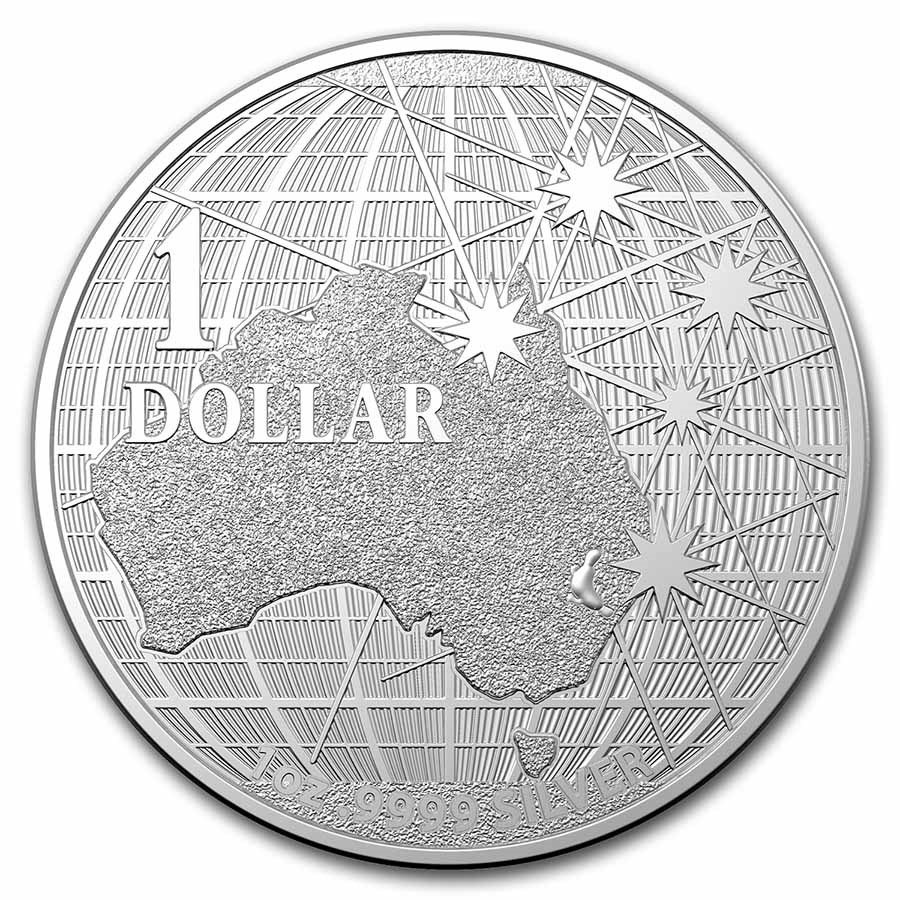 The Royal Australian Mint has released the next Beneath the Southern Skies coin in 1 oz of .9999 fine Silver. The design pays homage to Stuart Devlin, who designed many of Australia's circulating coins. This particular design was one of Devlin's early drafts that has been adapted for this bullion coin. Add this beautiful 2021 1 oz Silver Beneath the Southern Skies BU coin to your cart today!

A series that started this year (2021). Same design each year except for the privy mark. It's in the position where Sydney would be located. The privy mark has been a platypus or bird.

The Australian continent nicely highlights the Southern Cross Constellation as it comes almost to life. simple in design, which has an elegance all to its own. the real Easter egg is the privy mark of the platypus in the place where Sydney is located.