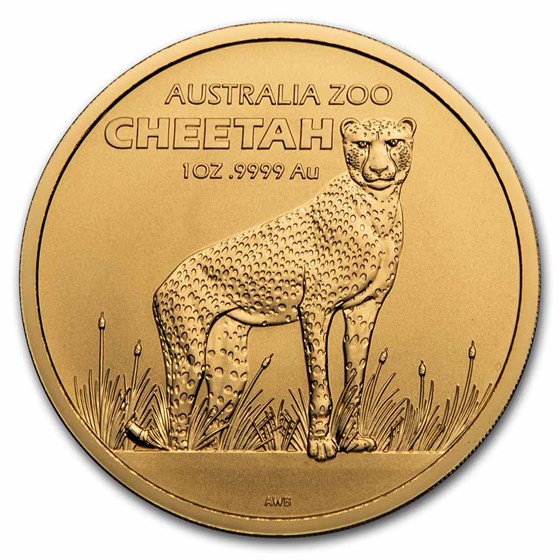 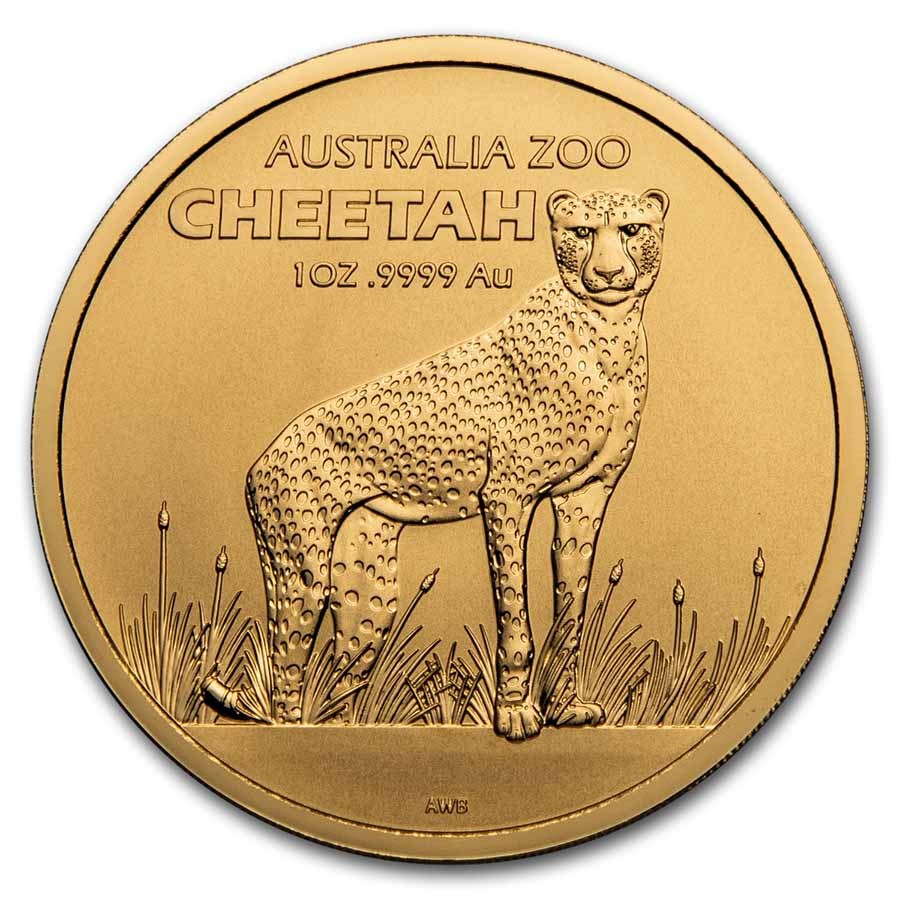 Your purchase is guaranteed to match the quality of the product shown. It will not be this exact item.
Product Details
Product Details
This .9999 fine Gold coin features the Cheetah, and is produced by Royal Australian Mint. There is a limited mintage of 250 coins worldwide, and each comes with its own certificate and display box.

Coin Highlights:
This limited mintage, .9999 fine Gold coin would be a great addition to any bullion collection. Don't miss your opportunity to add the 2021 1 oz Gold Cheetah BU coin to your cart today!

The second release of the Australian Zoo series by Royal Australian Mint features the quick Cheetah.

The Australian Zoo Series
Royal Australian Mint has released a bullion series that features various animals. The first release featured the Sumatran Tiger in both 1 oz Gold and 1 oz Silver, and sold out quickly. This second release features both 1 ounce Gold Cheetah and 1 ounce Silver Cheetah coins. The coins in this series feature limited mintages, adding to the collectibility of the series.