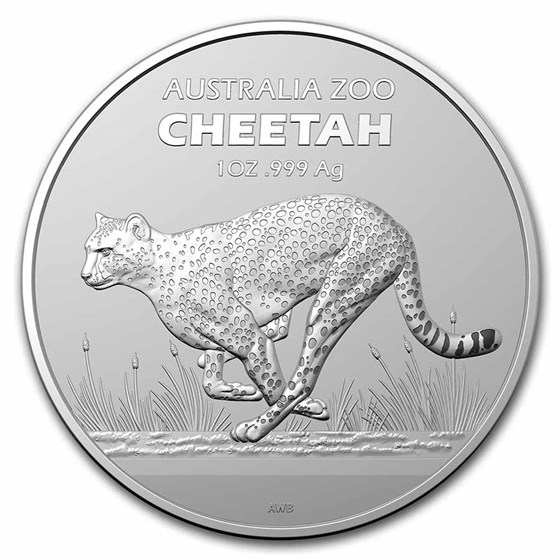 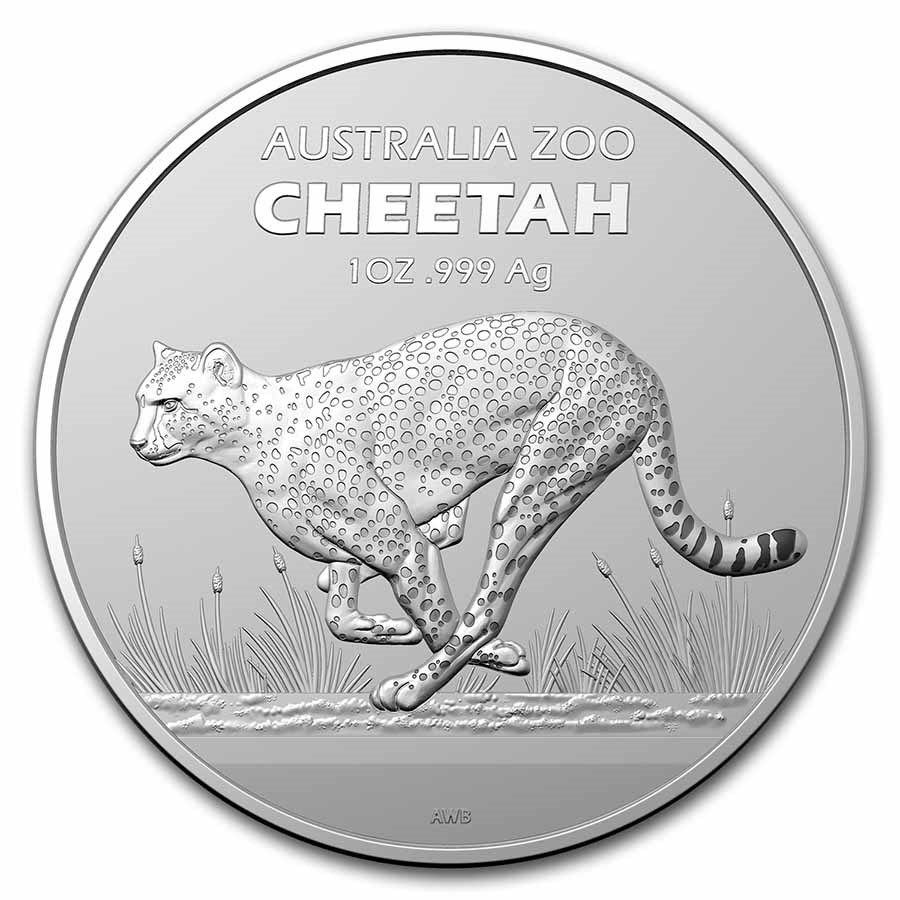 $29.57
As Low As
Product Details
Product Details
This low mintage coin is the second Silver coin in the Australian Zoo series by the Royal Australian Mint. This 2021 release features the cheetah. There is a limited mintage of only 25,000 coins worldwide.

This Silver bullion coin is the second from the Australia Zoo series, and celebrates the quick cheetah. Don't miss your opportunity to add the 2021 1 oz Silver Cheetah Brilliant Uncirculated coin to your cart today!

The Australian Zoo Series
Royal Australian Mint has released a bullion series that features various animals. The first release featured the Sumatran tiger in both 1 oz Gold and 1 oz Silver, and sold out quickly. This second release features both 1 oz Gold Cheetah and 1 oz Silver Cheetah coins. The coins in this series feature limited mintages, adding to the collectibility of the series.

Exceptional Quality to the Strike, contrast of mirror and frosted device in great proportions, really highlights the running cat.

Amazing coin, and I love cats!

I was very disappointed with the design of the coin. Normally, the pictures don't do it justice. In this case, it gave it too much justice. The coin itself was not too expensive. If you are looking for a cheetah coin, there are other countries that have a better design.

Loved the Cheetah running. Picture does not do coin justice. When it flashes in the light, spots look like sparkling diamonds. Exceptional!