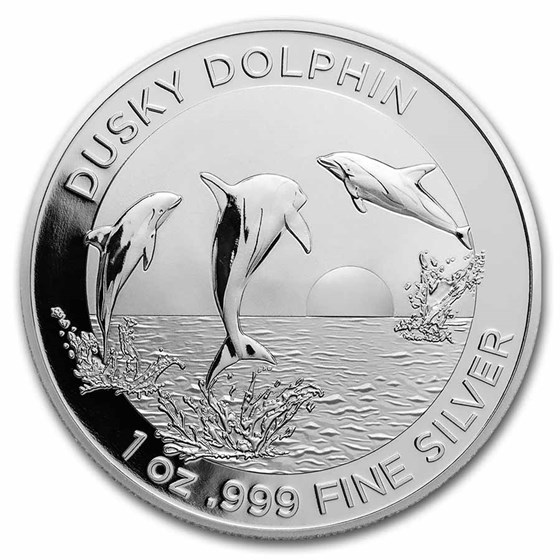 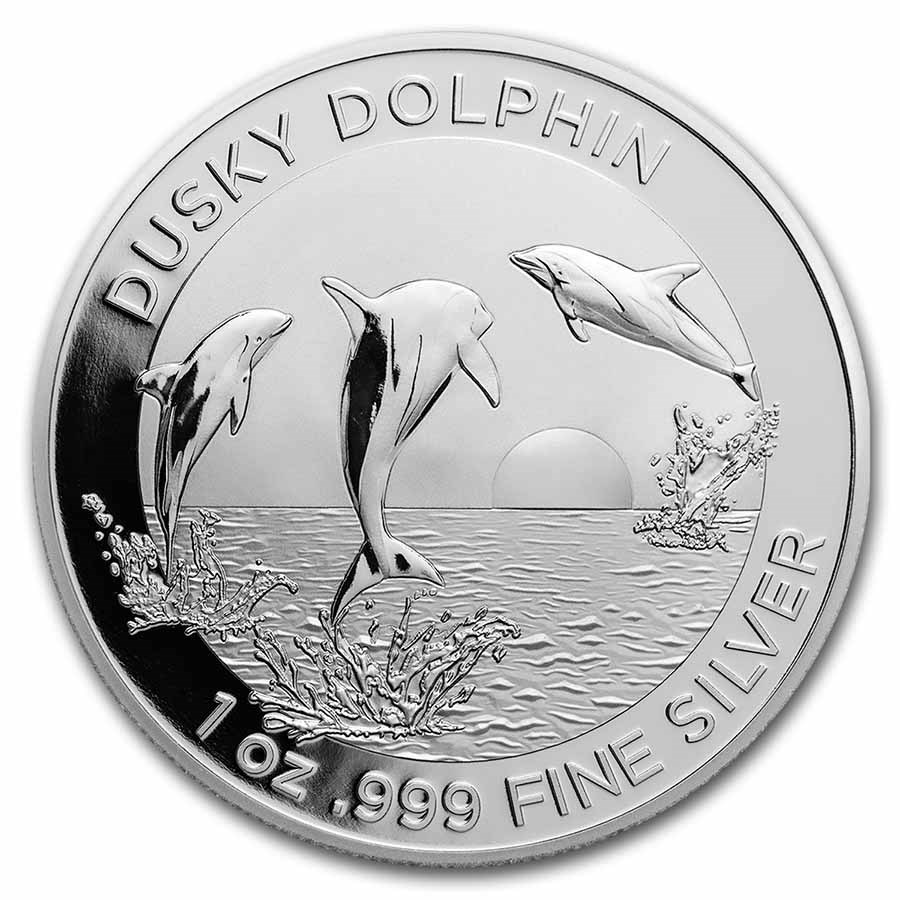 Product Details
Product Details
This low mintage coin is the fourth Silver release in the Dolphin bullion series by the Royal Australian Mint. This APMEXclusive® coin has a limited mintage of 25,000 coins worldwide.

The fourth release of the Dolphin bullion series by Royal Australian Mint features three playful dusky dolphins leaping out of the ocean against a rising sun. This Brilliant Uncirculated Silver coin features an elegant design in 1 oz of .999 fine Silver.

Silver Dolphin Series
The dolphin is a beloved animal depicted in many cultures, and is also native to Australian waters. Royal Australian Mint and APMEX partnered to release the Dolphin Series in both Gold and Silver. In various cultures, the dolphin symbolizes happiness, power and protection. Dusky dolphins are one of the smallest species of dolphins, and are typically found in shallow, cooler waters and have a dark gray back and tail. They spend the majority of their time close to shore in small groups of 10 to 20 dolphins, however they travel further away from shore to feed in pods of up to 1,000 dolphins. These highly intelligent animals enjoy leaping and are incredibly social.

Royal Australian Mint
The Royal Australian Mint is known for minting superb quality Gold and Silver coins with limited mintages. Their popular Domed Proof coin series have quickly sold out at the mint, increasing the collectibility of the series. This Gold and Silver Dolphin Brilliant Uncirculated series brings the same approach the mint has on their Proof coins to the Dolphin bullion series.

Coin was exactly like they said. Received it in a timely manner. Great to deal with!

Very balanced image and the fields and beautiful. Feels of great quality and the capsul is heavy duty. Wish I would have bought more.

I purchased 5 of these and they are gorgeous. I will likely get more of these!