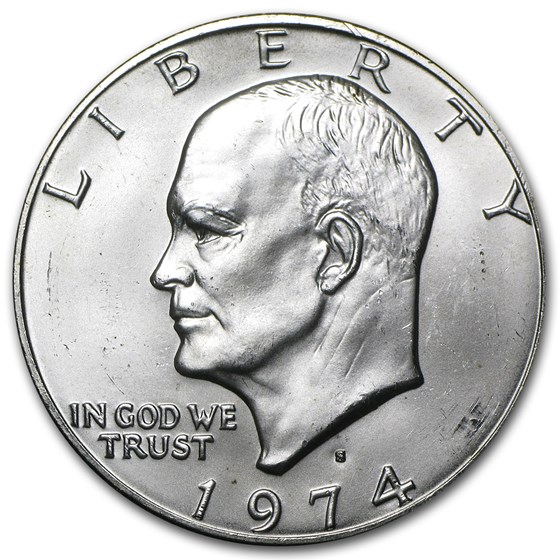 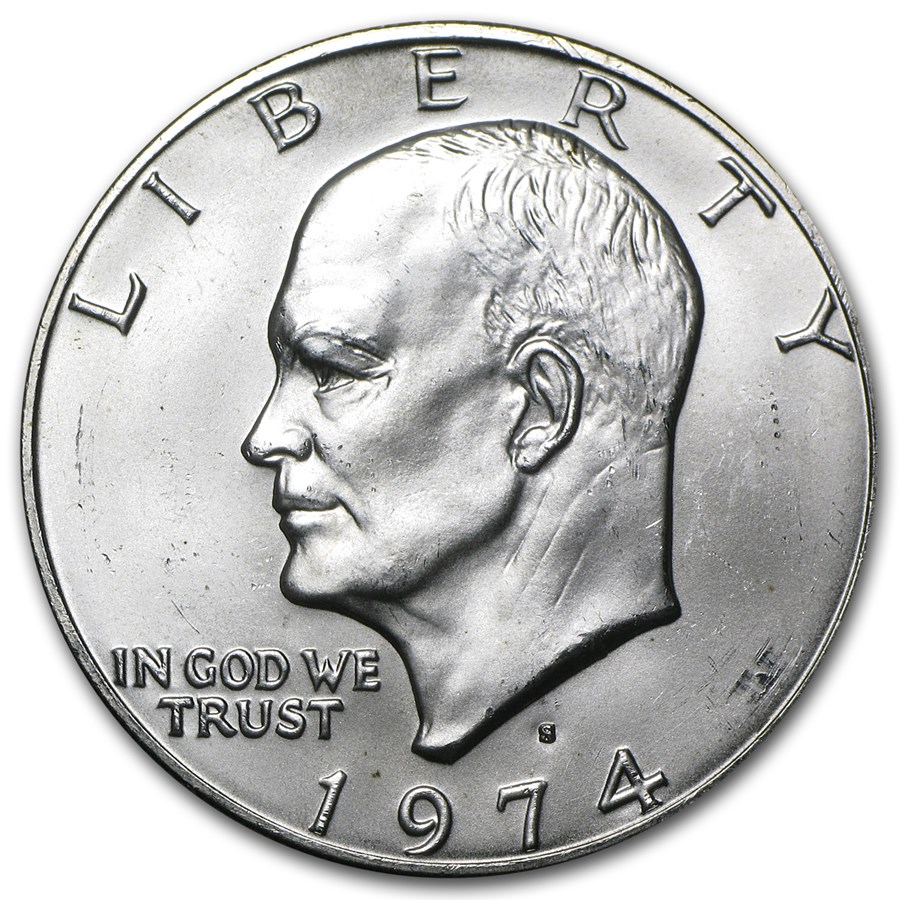 Preserve a part of American History by starting your own collection of Ike Dollars. Add to your collection by including this 1974-S 40% Silver Eisenhower Dollar in your cart today.

This coin arrived in wonderful condition! Great quality, beautiful finish. Always loved the Eisenhower dollar coins as a young boy. My Grandma would pay me for chores around the house with the clad type strikes. Just thought they were the "coolest"! LOL.

I was first fascinated with the dollar coins from long ago. (I am 66) I used to go to a bank and get dollar coins to take to Willie Nelson concerts. I would pay for my drinks and food with coins. the dollar coins always went over well. Now I can purchase these same coins for more money. LOL. Anyway, recently I picked up eleven coins from APMEX. The 74-s silver at 40% was a grand coin. The background was perfect and the relief was all frosted. I recieved a lot more coin than I ordered. All eleven coins met my expectations and APMEX standards and were delivered quickly. Can anyone tell me if I should trust the plastic package the coins came in? Also, some of them were in plastic in envelopes and a couple were in plastic boxes. Do these packagings stand up to the test of time? Will they degrade and emit fumes in the future. Also I have some APMEX 1/2 dollar coins from APMEX. They came in rolls. should I remove the paper? these are Kennedy's 90% and 40%. APMEX has always met my requests, fulfilling my orders fairly and quickly. John

Merchant response: The coin flips APMEX uses on the coins are non-plasticized and safe for storing your coins.

It's not hard to get excited about these coins. Mintage was just over 1,900,000. 40% Silver has never looked so good! I am positive that if I had these graded they would live up to the MS 60-65. A welcome addition to the display. Great Job APMEX !