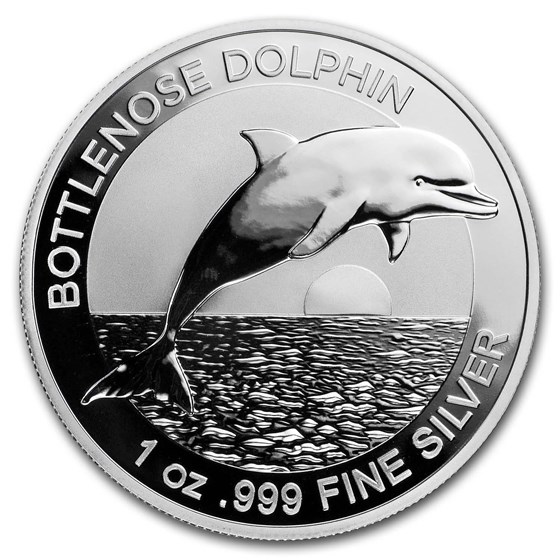 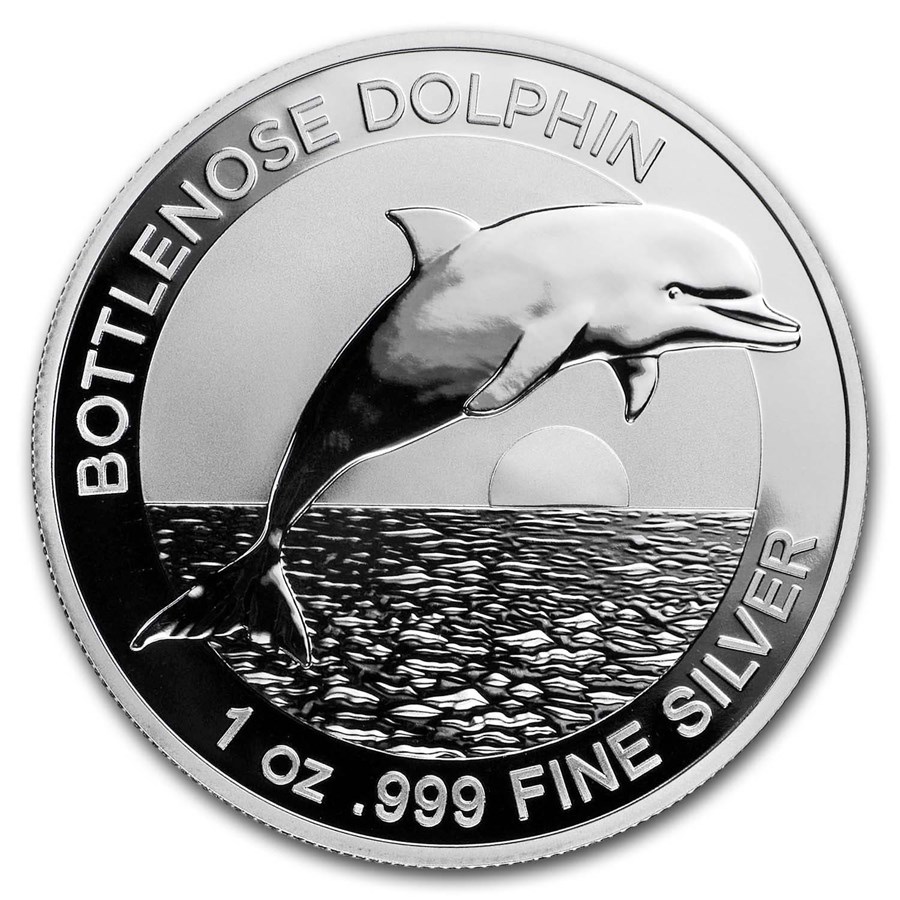 Product Details
Product Details
This low mintage coin is the first Silver coin in a new bullion series by the Royal Australian Mint, and also the Mint's first internationally-distributed Silver bullion coin! This APMEXclusive® coin has a limited mintage of 25,000 coins worldwide.

The first-ever release of the Dolphin bullion series by Royal Australian Mint features a stunning Bottlenose Dolphin leaping out of the ocean against a rising sun. This Brilliant Uncirculated Silver coin features an elegant design in 1 ounce of .999 fine Silver.

In various cultures, the Dolphin symbolizes happiness, power and protection. The bottlenose dolphin is known for its high intelligence and charisma. Its outward appearance appears friendly with its curved mouth, giving the appearance of a permanent smile. Usually located in warm, tropical oceans, the bottlenose dolphin tends to live in groups, and they have been found to remember individual dolphins even after being apart for 20 years. The dolphin is also a highly emotionally intelligent creature, and has the second largest encephalization levels of any mammal on the planet, meaning its brain-to-body mass ratio is one of the highest.

These were a great buy and for a low mintage are visually an appealing coin. Happy 2020 Bulls!

Such a beautiful design with a highly reflective shine on both side BUT.... BEWARE!!! Milkspots will overtake the coin. The quality control of this particular coin by the Royal Aussie Mint is depressingly terrible. Too expensive.. not worth it at all.

I'm no expert but these look like Proof or Reverse Proof to me, not BU. Very low mintage is a real plus. I'll buy more when available.

When I seen the mintage limit on these dolphins I figured I better order a few. I'm glad I did, They most likely won't be easy to come by for too long. They came shipped to me in capsules and showed up in great shape. Thanks Apmex.

Very nice design/look for a non proof coin! Low mintage! In capsule.. What is there not to like?? These are sure to sell out and go up in value. I am glad I got one before they head to the moon. Would reccommend these to anyone!!

I imagine this coin will have a bright future. Australia's fist dolphin with a beautiful design and a limited run of 25k. Maybe popular enough to inspire a second coin/series? Only time will tell. The only shame was not making it 9999 pure. APMEX packaging and delivery was superb as always. Yes, I would recommend this to a friend.

I like dolphins and coins from the RAM are usually very good quality. I was not disappointed.