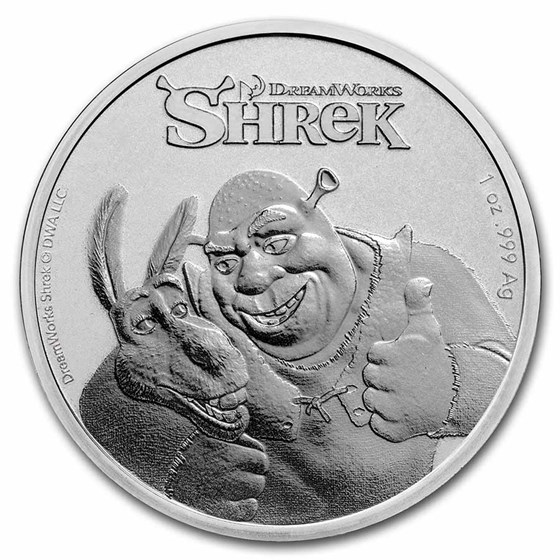 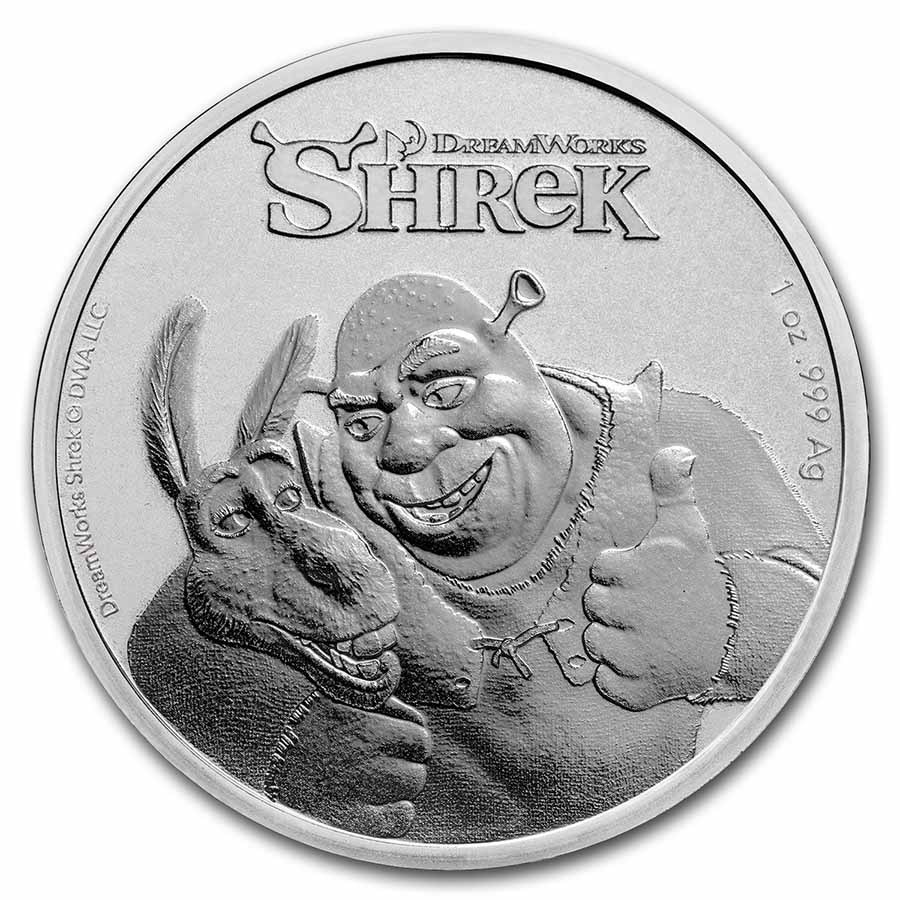 Product Details
Product Details
As low as $6.99 per round over spot
This APMEXclusive coin marks 20 years of everyone's favorite big green grumpy underdog. Shrek subverted standard fairytale hero tropes and had audiences rolling with laughter! Commemorate the start of a pop-culture phenomenon!

Protect your new Shrek 20th Anniversary bullion coin from fingerprints by adding these cotton gloves to your order.

This coin is a perfect gift for any coin or movie enthusiast. Add this 20th Anniversary Shrek coin to your cart today!

My grandkids will love this coin. It’s a really nice add.

Lots of people I know love this coin.

It's a great reminder of a time of good Movies. Allot of people I know love this coin, as do I, Very attractive Design. I am not into the Colorized Coins so much, but even in plain Sliver this is awesome!