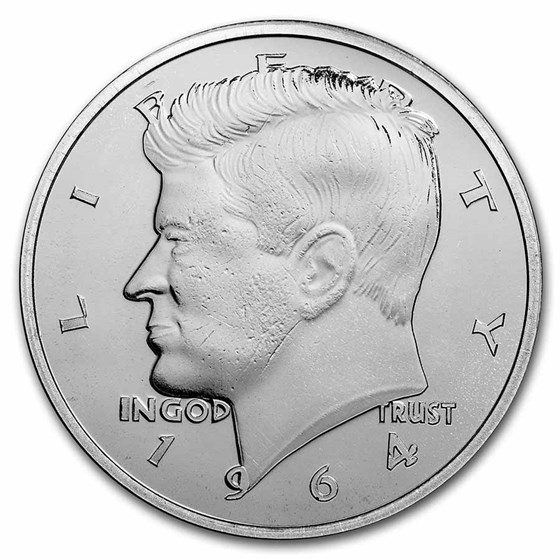 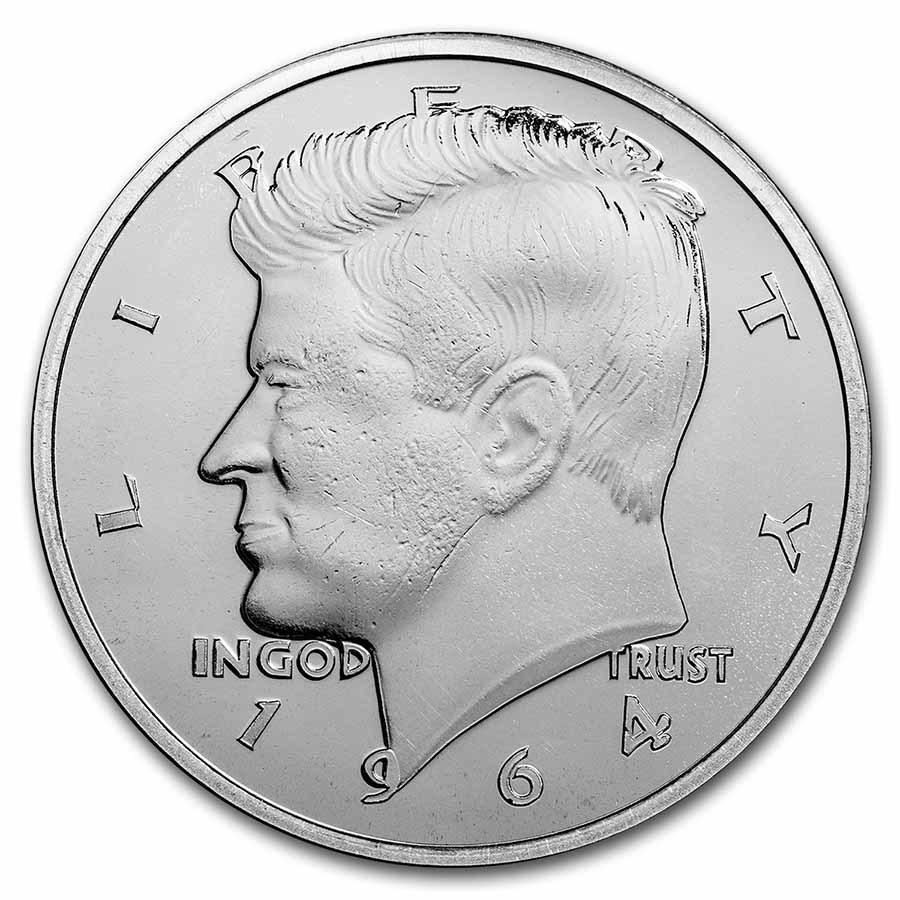 Product Details
Product Details
The Kennedy half dollar, first minted in 1964, is a currently struck fifty cent coin issued by the United States Mint. Intended as a memorial to the assassinated President John F. Kennedy, it was authorized by Congress just over a month after his death.

Protect and display your Silver round in style by adding an attractive presentation box recommended for this round.

Add this Kennedy Half Dollar Silver Round to your cart today!

perfect for my silver round collection

Beautiful coin at a good price.

I like the design and it was a good price.

Buy! APMEX Rules! My Kennedy is up $2