2 oz Silver High Relief Round - Don’t Tread on Me 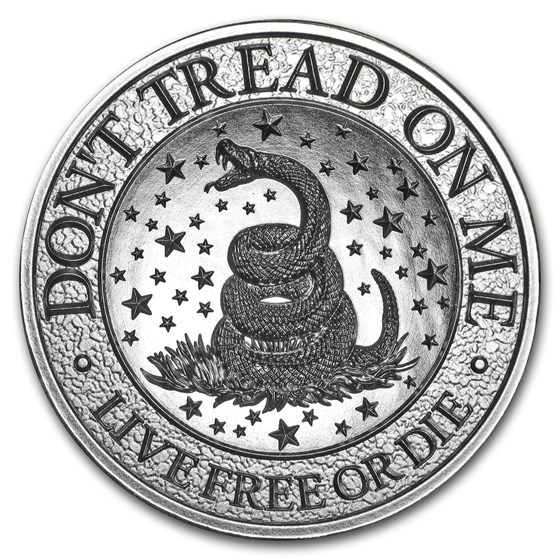 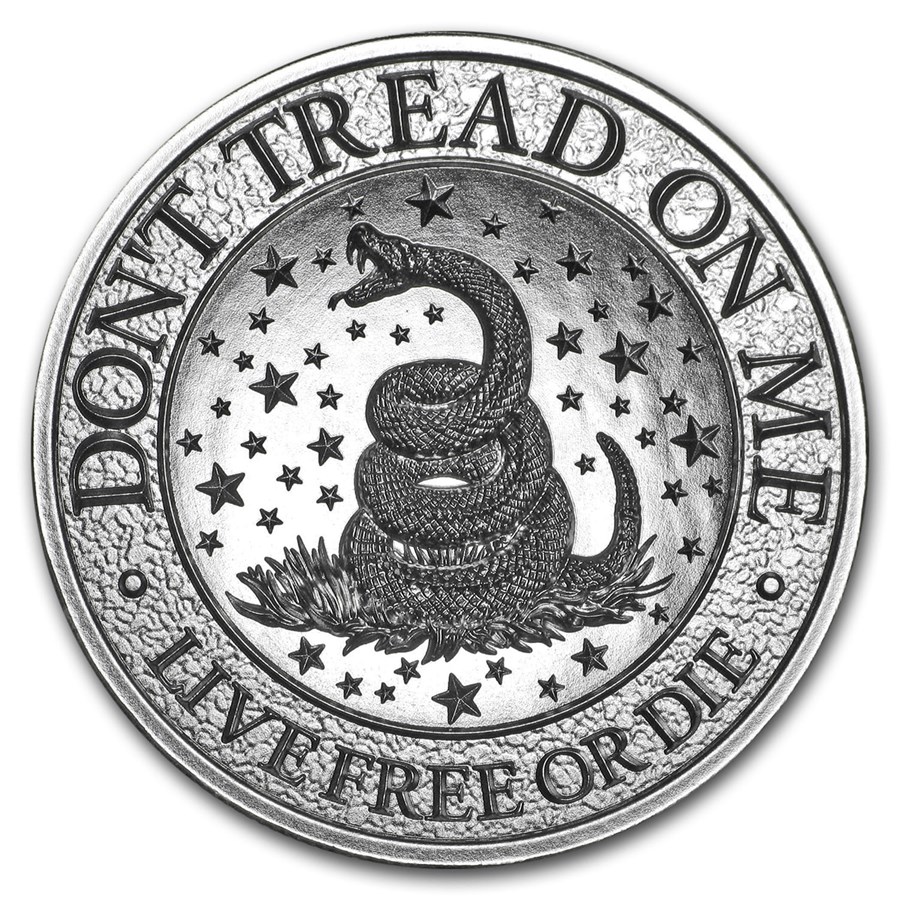 Your purchase is guaranteed to match the quality of the product shown. It will not be this exact item.
Product Details
Product Details
This 2 oz Don't Tread on Me Silver round symbolizes and tells people not to step on or take advantage of the Americans or they will strike.

Don’t Tread on Me is a very strong statement in the United States with very deep historical roots. The phrase was written under the image of a rattle snake and emblazoned on a yellow flag. This is known as the Gadsden flag and falls within the historical flags of America.

The symbolism in the flag partnered by the image holds deep meaning. Basically, the “Don’t Tread on Me” phrase combined with the snake ready to strike is a warning. This tells people not to step on or take advantage of the Americans or they will strike.

The use of the snake or more specifically the rattlesnake did not happen by chance. The fact is that the eastern diamondback rattlesnake and the timber rattlesnake were both fairly abundant within the colonies. In a satirical article, Benjamin Franklin suggested that the Americas send rattlesnakes to Britain as a response to their sending of convicted criminals to the colonies.

LOVE THIS COIN ! IT LOOKS MUCH BETTER THAN PICTURE.

Beautiful detail and contrasts, really nice round for your collection. Very happy I added it to mine, will order more soon.